California credit unions are reeling from wildfires that one credit union executive described as “apocalyptic.”

There are 18 large wildfires burning across California, scorching a combined 559,000 acres as of Tuesday morning, according to the Los Angeles Times. 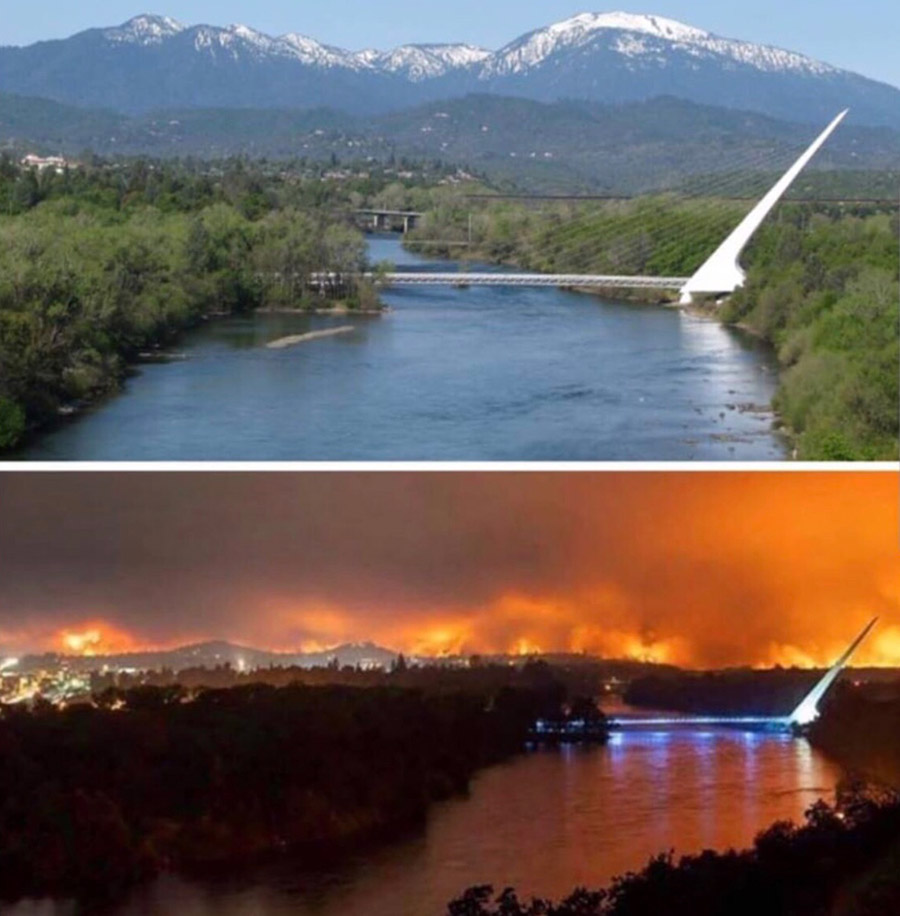 Click to enlarge. Redding, Calif.’s Sundial Bridge before and during California wildfires.

Sierra Central CU, headquartered in Yuba City, has three branch offices in the Redding, Calif., area, one of the areas affected by the wildfires.

Nine of Sierra Central’s 24 employees in the area were temporarily displaced from their homes. They have since returned.

The credit union also has about 10,000 members in the area. At least, 49 have lost their homes, according to Sierra Central CEO John Cassidy.

“We are taking care of them on a case by case basis,” Cassidy said. “Obviously, there are a lot of issues to work through, but that’s what we’re here for.”

Cassidy visited the Redding area last week and described the mood of residents as “shocked.”

“I don’t want to overstate it, but this is apocalyptic, even by California standards,” Cassidy said. “These are some of the hottest fires ever recorded because of the type of timber and brush firefighters have to deal with.”

Cassidy said the Sierra Central has stayed open to serve its members and is offering $5000 loans with an annual percentage yield of 2% to members in good standing, with payments waived for 90 days.

Sierra Central made a $10,000 donation to the Shasta College Foundation, as well as donations to several other relief groups, Cassidy said.

“Our Redding branch was closed for one day, but our employees wanted to come right back and serve our members,” Cassidy said. “I’m really proud of my staff. They’re really good people, and they know how to help folks.”

He also cited tremendous support from California credit unions including the California and Nevada Credit Union Leagues. “It makes you proud to be part of this movement,” Cassidy said. “This really shows how credit unions are dedicated to making their communities better, at their very souls. It’s refreshing and inspiring to be a part of this industry.” 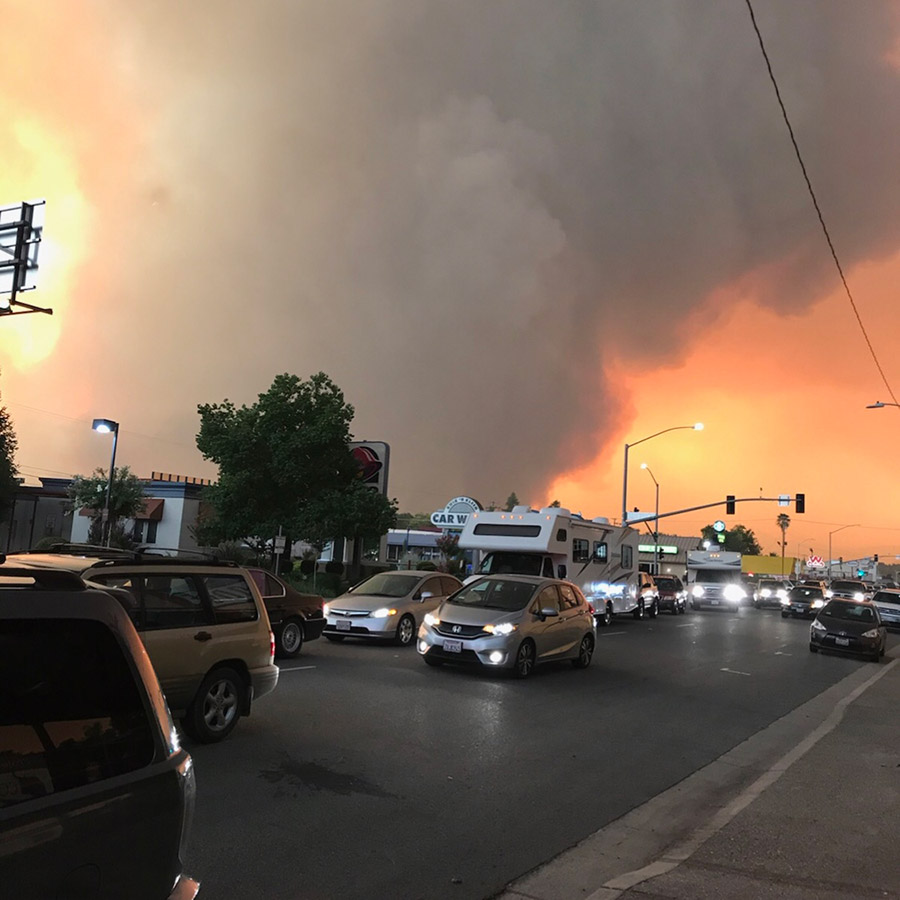 At Members 1st Credit Union,  based in Redding, 18 of 60 staff members were evacuated from their homes between July 26 and July 30. Most of the 18 CU staff members have been able to return to their homes. Two employees suffered a total loss of their homes and personal property.

Members 1st’s corporate office suffered a complete loss of power on July 26 due to the proximity of the fire. The credit union executed its disaster recovery plan and relocated its corporate operations to our Anderson and Chico branches.

In addition to the corporate offices, all four of Member 1st branches have been closed and reopened during the fire.

Thirty-nine members of Members 1st CU reported their homes being destroyed from the wildfires and another 59 members who were evacuated, but have had no damage to their homes, said Members 1st Vice President of Marketing Josh Markle. “These numbers may adjust in the future as some members are still under evacuation and haven’t been able to return to their homes to assess damage,” Markle said.

The credit union collected water and donations for fire victims July 26 to Aug. 1.

Members 1st also gifted additional paid time off to staff and provided breakfast and lunch to employees July 30 through Aug. 3.

“Employees have been incredibly resilient throughout this ordeal,” said Markle. “They’ve put their best foot forward in helping members during a time of great personal difficulty.”

The credit union created a resource page for members with details about financial assistance and special discount loan programs and FAQs regarding their loan and accounts associated with the Carr Fire.