CU CEO recalls last-minute change in vote that allowed the bill to get out of committee.

Bob Burrow had a front-row seat to a watershed moment during the fight to pass H.R. 1151, the Credit Union Membership Access Act.

It came during a House Banking Committee meeting that would determine whether H.R. 1151 would be moved out of committee and put to a vote, explains Burrow, CEO at $500 million asset Bayer Heritage Federal Credit Union in Proctor, W.V. 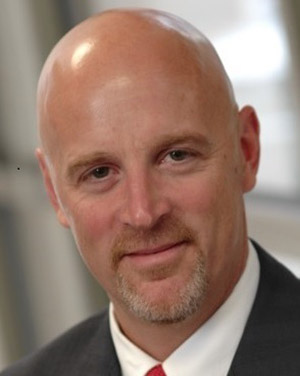 Burrow, who lives across the river in Ohio, was on good terms with Rep. Bob Ney, R-Ohio, and had met with the congressman about the need to pass H.R. 1151.

The two took a train to Washington, D.C., and made their way to the committee meeting.

“I was given a front-row seat,” Burrow recalls. “It started in the morning and lasted all day, and I never moved out of my chair.”

Finally, it came time to vote on whether H.R. 1151 should come out of the committee.

“Up until this point, Rep. Ney had assured me personally that he would support of 1151, and he wanted to get it out of committee,” Burrow says. “When it came time for Congressman Ney to vote, he voted the wrong way. I couldn’t believe it. It was right down to the wire, where one vote could push it either way.”

Burrow got Ney’s attention and indicated his disappointment. Soon after, Ney asked the Clerk of the House how he voted on the credit union resolution, and the clerk told him.

“Ney told him, ‘No, I want to vote the other way.’ So he corrected his vote, and that allowed H.R. 1151 to get out of committee,” Burrow says. “You never know how things are going to turn out.”

Burrow is a firm believer in the collective strength of the credit union movement.

“It’s never been about money,” he says. “If that was the case, we’d have been dead and buried a long time ago because our opponents have a lot more money than we do.

“When you really believe in something and you’re passionate about it, no one will be able to keep you quiet and no one will be able to stop you,” Burrow continues. “You’ll find a way to get somebody’s attention. And that’s what the people of the credit union movement did, from the members to the volunteers, to the league presidents, to people like me who’ve made a career out of credit unions.

“We felt like we were fighting for our lives. It was a life-or-death battle for our movement. I’ve never seen such a groundswell of support.”