People who know JR Webster could have predicted this.

Always comfortable in front of a crowd, the financial educator at $3.8 billion asset Tinker Federal Credit Union in Oklahoma City is a natural at connecting with audiences and warming up a room. 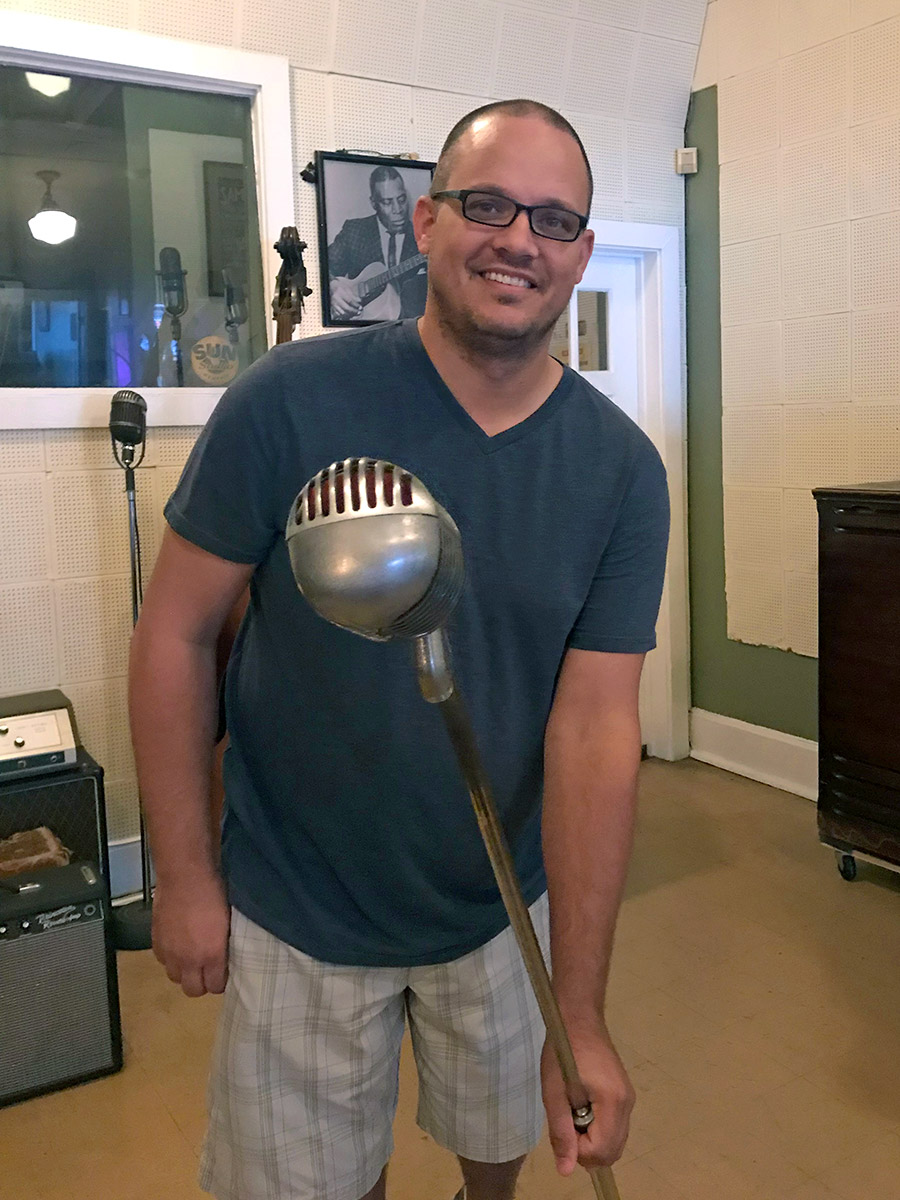 Click to enlarge. JR Webster holds a microphone that Elvis Presley once used, a fitting photo for this Credit Union Rock Star.

Energetic as he is charismatic, Webster wins over scores of individuals, turning them from personal finance skeptics to budget-loving believers. In the past two years, he conducted 516 financial education workshops and seminars reaching more than 21,000 people.

While he enjoys the performance part of his job, Webster really wants people to see their finances as a way to reach their dreams and live their best life.

So, he’s not interested as much in being liked as he is in being effective.

Learning about personal finance seems dull to some and feels stressful to others, Webster explains, so he works hard to build rapport with the people in his seminars and workshops. Overcoming resistance is key to getting someone out of a rut or getting them onto a better path, he says.

His strategy is to keep the mood light and fun with music, jokes, and personal stories about his children’s antics and even his own financial foibles from his younger days.

‘I try to be vulnerable about how I’m a person who hasn’t always been good with my money.’

He involves his audiences with role playing and role reversals, letting them make decisions and give him advice about how to handle personal spending and budgeting.

“I try to be vulnerable about how I’m a person who hasn’t always been good with my money,” Webster says. “I’ve made mistakes. And if you make mistakes, it’s not the end of the world. You can overcome that.”

All told, it’s an approach loaded with authenticity and laced with humility, with a hefty dose of showmanship sprinkled on top.

The showmanship part is one he doesn’t need to cultivate. Before working in the credit union industry, Webster was a singer/songwriter. His genre? Acoustic rock.

Webster was destined to be a rock star of one kind or another.