The 2018 CUNA Lending Council Conference ended on a high note with a “keynote concert” by Grammy-nominated musician Freddie Ravel Wednesday in Anaheim, Calif.,

Music and business share several attributes, he says, including: 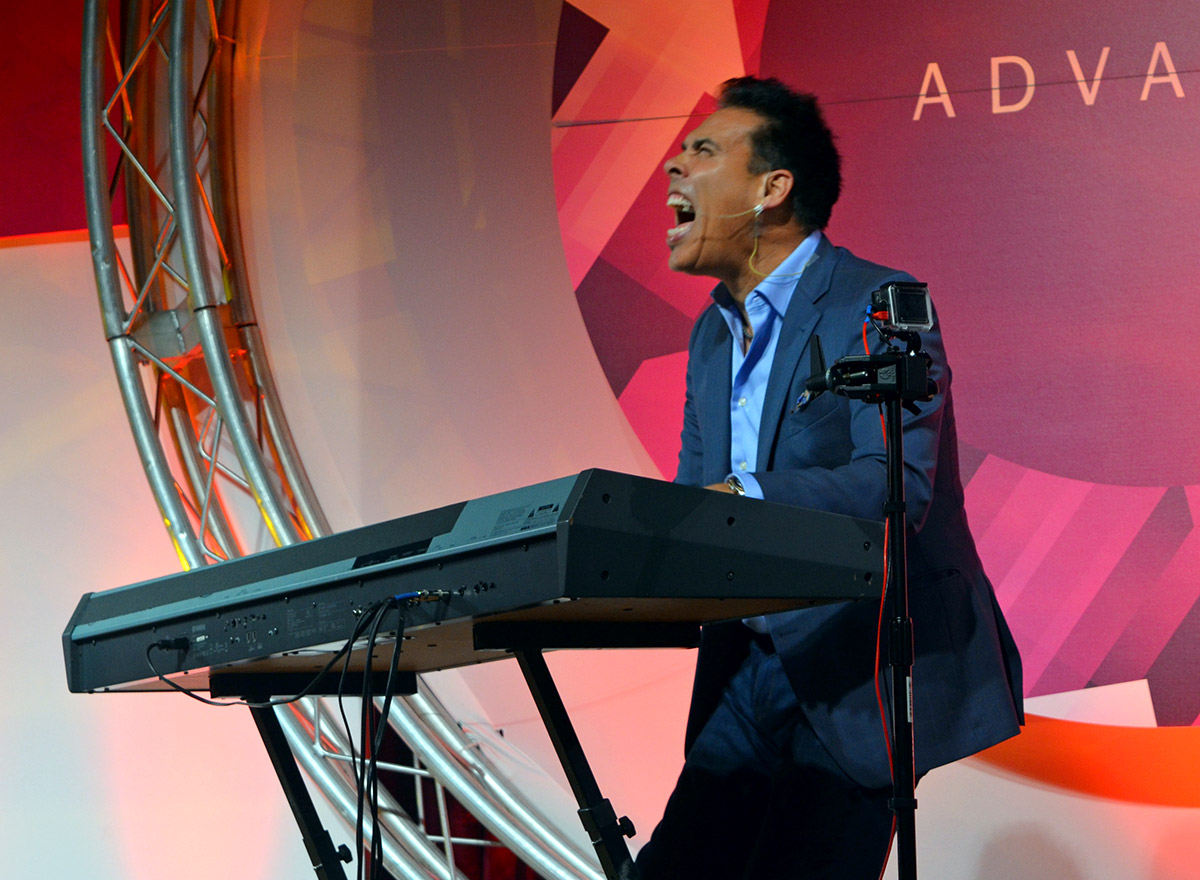 Click to enlarge. Freddie Ravel says effective leadership is like music. You need a melody, harmony, and rhythm to communicate a message.

“This is how we get to the score in music and credit unions: Being Americans’ best financial partners,” Ravel says.

Other insights from Ravel:

• Listening is the key to success. At Honda, for example, “listen” is part of the automaker’s operating manual: “Listen, ask, speak up.”

“It sounds easy, but it’s not,” Ravel says. “We speak at 150 words per minute, but our minds move at 600 to 1,000 words per minute. Someone talks, and the listener is way ahead thinking of something else. Listening is the ultimate power tool in credit union lending.”

• Avoid disruption. Technology can be a boon, but also a distraction. The mere presence of cell phones during meetings makes them less effective.

“It’s a form of constant disruption,” Ravel says. “The No. 1 culprit in hijacking our attention is the smartphone. If you’re going to make good music with members, you need to be 100% present. When you’re listening, your heart is engaged.”

• Comp! This is the practice among musicians of moving to the background and letting others step up.

“Allow other people in your organization to shine,” he says. “Step back and support them.”