Facility is a foundation within the community.

One Illinois credit union has opened a branch in a local library as a touchpoint to serve the community and grow its membership.

Five years ago, when Mike Lee took over as CEO of Kane County Teachers  Credit Union in Elgin,  Ill., he had a branch on a dead-end street and another in a historic building that wasn’t readily visible. 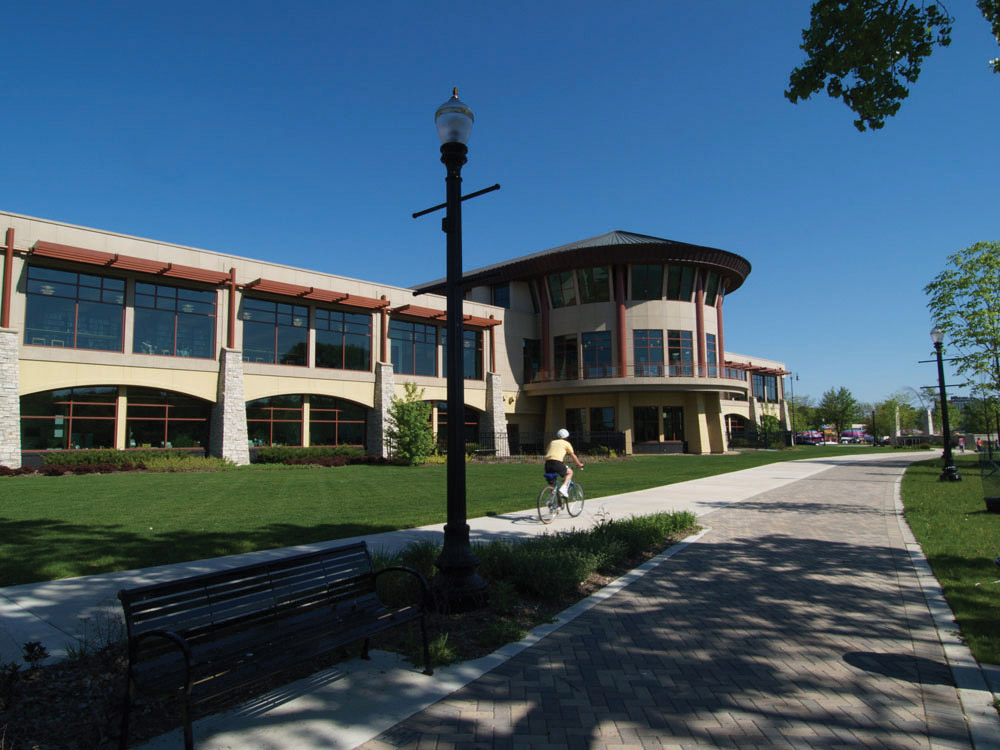 Click to enlarge. KCT CU in Elgin, Ill., partnered with Gail Borden Public Library to open a branch in the Chicago suburb.

Still another branch was a block off a major thoroughfare. And  with the name “Kane County Teachers Credit Union” over the door, “people thought you had to be a teacher or part of a union to join,” Lee says.

He rebranded the $231 million asset institution as KCT Credit Union and partnered with the Gail Borden Public Library—one of its select employee groups—to open a branch in downtown  Elgin.

As he explained it to Medal, the credit union and library have similar constituencies. “I told Carol, ‘You’re about literacy and we’re about financial literacy.

You’re owned and controlled by the community and we are too. You’re here  to  serve  the  school  district and so are we. We serve 15,000 people in the community, and you have all of these constituents who use the library as a resource.’ ”

Just as important, the library branch made business sense.

“Building a branch is expensive, and the typical branch isn’t profitable for two or three years,” Lee says. “A library is a place where there already are people. I knew we could make this a win- win.”

He says libraries have had to adjust to the growth of technology and the internet. They’ve become community centers and places to gather as well as a source for reading materials, and that’s another advantage for KCT.

Lee views the branch as a foundation within the community.

“This credit union struggled for years, but we’re back to the roots of what credit unions do: Build better financial lives,” he says. “That’s what we’re all about.”

He takes pride in the credit union’s “Get Out of Debt (GOOD) Loan,” an unsecured, risk-based product designed to give people a new financial start, whether it’s paying off credit cards or student loans. “We save members $250 to $500 a month in interest.”

Every account is personal, Lee adds. “When you go into a bank, they profile you. They define your need and put you in a bucket. You either fit or you don’t.

“With our model,” he continues, “we ask you questions and find out what your dreams are. Then we build you your own bucket.”