Home » Is student loan debt the next financial crisis?
Subscribers

Is student loan debt the next financial crisis?

Student loans are a niche that creates better futures for young people.

Total student loan debt in the U.S. has reached $1.5 trillion and is now the second largest component of household debt, surpassing auto loans in just the past decade.

The average graduate (including both undergraduates and graduate students) has nearly $40,000 in student debt. Yet 43% are underemployed in their first job, unable to find full-time work in their fields of study, and often earning significantly less than expected. 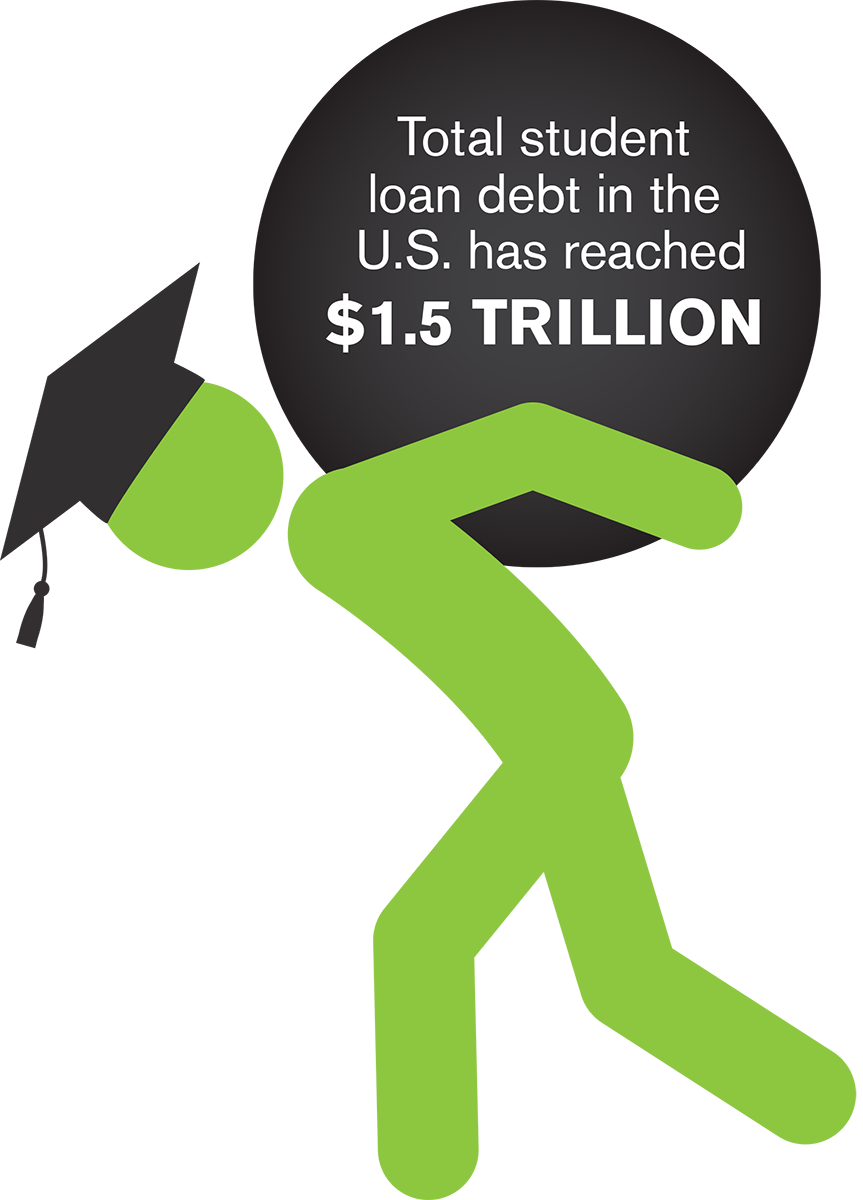 Combined, these statistics lead many to wonder whether student loan debt might lead to the next financial crisis. Should we be concerned? And what are credit unions doing to address this challenge?

Credit unions considering this line of business don’t need to start from scratch. They can partner with one of several credit union service organizations that specialize in student loan products. 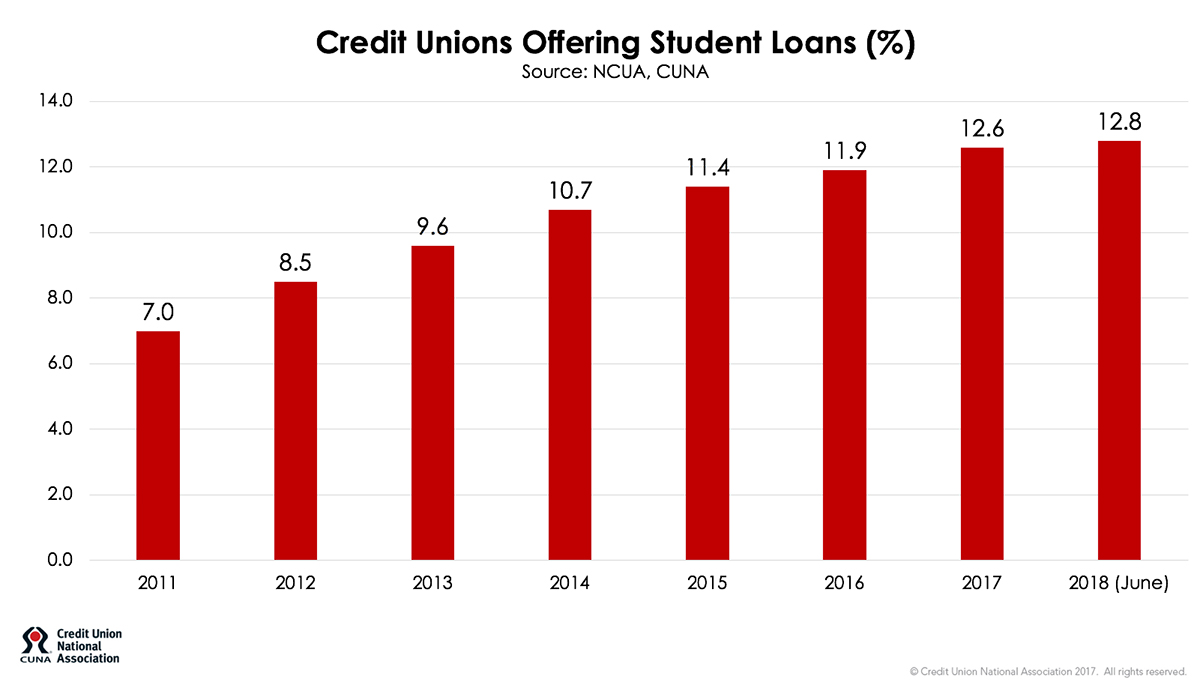 Should credit unions be concerned about the rising levels of student loan debt and delinquency rates?

It’s important to keep in mind that while student loan debt has grown significantly in recent years, it remains well below mortgage debt, which fueled the financial crisis of 2008 to 2009.

Total household mortgage debt is nearly $9 trillion—roughly six times higher than outstanding student loan debt—so the latter makes up a much smaller piece of the economy.

What’s more, although largely unsecured, 92% of student loans are government loans, and therefore eligible for a wide variety of deferment, forbearance, forgiveness, and repayment options. 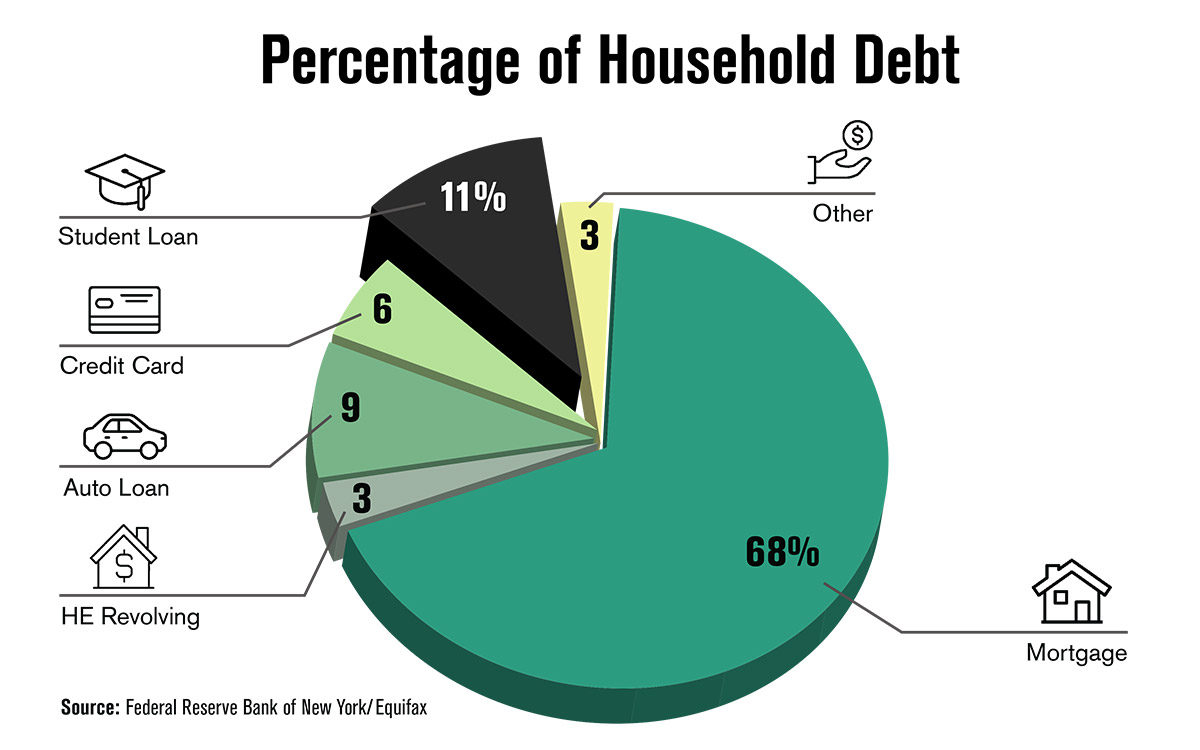 This helps keep monthly payments low: The median student loan payment for borrowers ages 20 to 30 years old is only $203.

Among credit unions, the figures are even better. NCUA data shows that as of June 2018, 60-plus day delinquencies were only 1.03% of total student loans outstanding, and net charge-offs were only 0.17%, the second-lowest charge-off rate after first mortgages.

Of course, credit unions’ relatively lower delinquency rates might be explained by frequent use of co-borrowers, a focus on loans to four-year universities, and by borrowers being relatively early in their loan terms when payment challenges are less common. 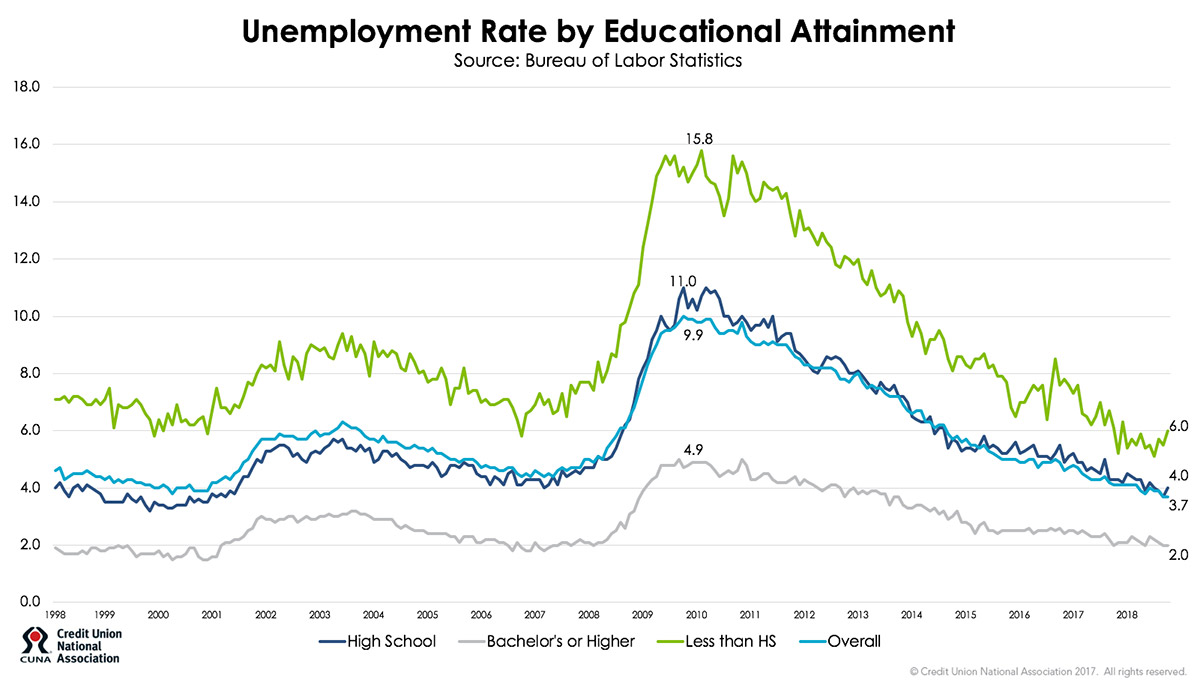 Regardless, many credit unions are finding a niche that is paying off and helping young people create better futures for themselves. Despite the increase in tuition costs in recent decades, education remains one of the best investments young people can make.

In addition to expanding the range of opportunities for one’s future, the financial returns are significant. According to the Bureau of Labor Statistics, the annual earnings of someone with a bachelor’s degree is about $61,000 vs. $37,000 for someone with only a high-school diploma.

That’s roughly $24,000 more per year for obtaining a bachelor’s degree. That translates to approximately $1 million in additional lifetime earnings.

An advanced degree—such as a master’s degree, law degree, or Ph.D.—can lead to about $44,000 in additional annual earnings, or $1.8 million more in lifetime earnings.

Workers with college degrees also tend to be better insulated against economic downturns. The current unemployment rate for people with a bachelor’s degree or higher education is just 2%, roughly half that of the general population (3.7%).

Even at the peak of the financial crisis, the unemployment rate for people with at least a bachelor’s degree never went above 5%, compared to more than 15% for people with less than a high-school diploma.

However, these numbers are on average, and there are certainly many young graduates—or people who don’t finish college—who are struggling, and unable to find work, or unable to find employment in their area of study.

So, it’s important for young people to understand the amount of debt they’re taking on and their expected earnings after graduation.

Nonetheless, an investment in education pays off for most people, and many credit unions have found student lending to be a low-risk means of diversifying their loan portfolios while achieving their mission.

JORDAN VAN RIJN is a senior economist for Credit Union National Association. Contact him at 608-231-4286.