Home » What we’re fighting for this year
Leadership Subscribers

What we’re fighting for this year

When we set out to create our bold advocacy agenda for 2019, step No. 1 was to listen.

We advanced the credit union movement further in 2018 than any other year in decades. But we can’t continue to fight for credit unions every day if we don’t know their priorities.

So when we set out to create our bold advocacy agenda for 2019, step No. 1 was to listen.

We asked credit unions, state leagues, and other stakeholders what they want us to focus on. How can we continue to revolutionize the operating environment for credit unions?

Here’s what you told us—and here’s what we’ll be doing this year. 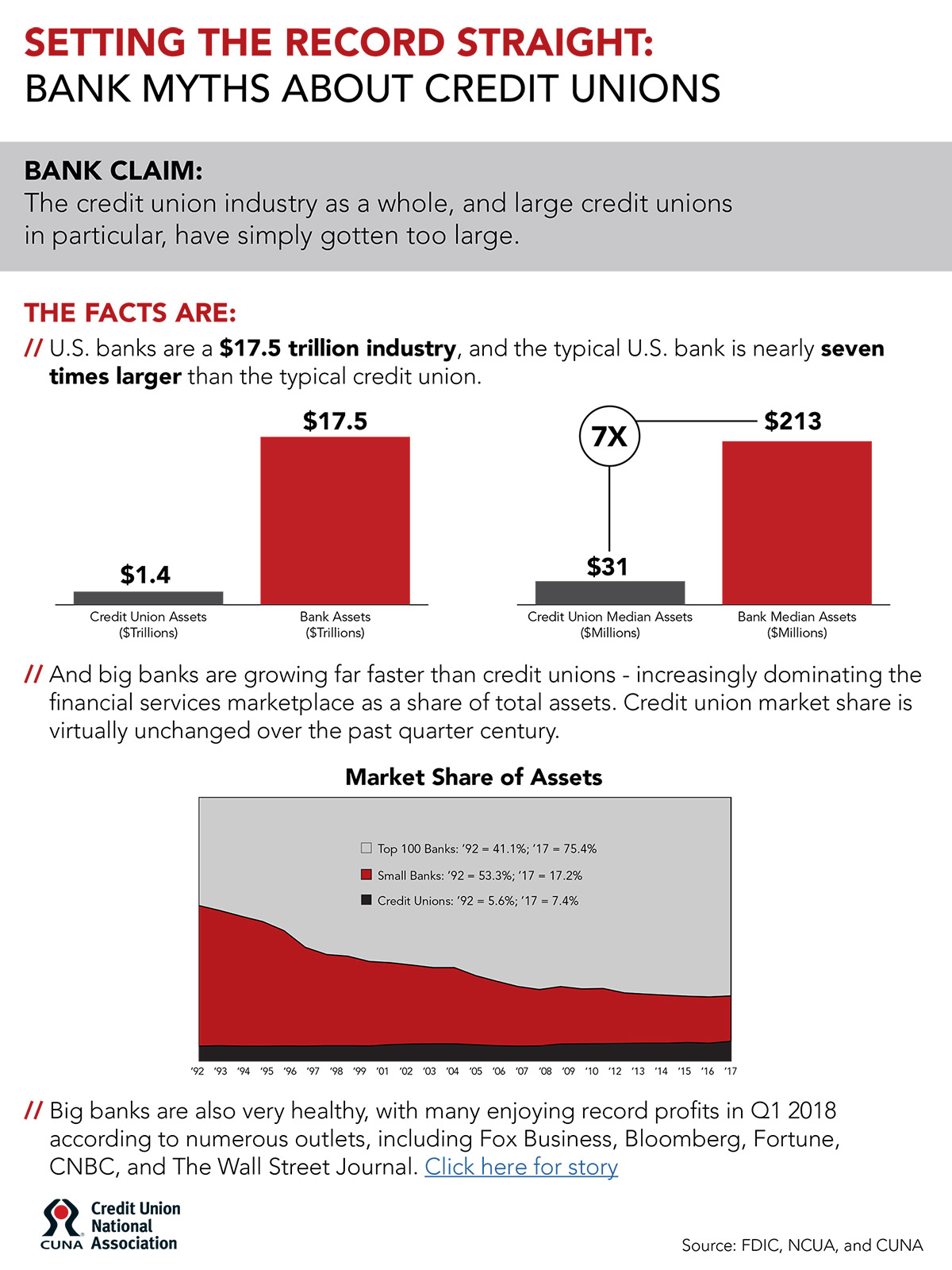 I don’t anticipate a year going by where this isn’t job No. 1. Banks won’t stop coming after us, but their tactics are stale, even as we continue to evolve.

We no longer play defense. To protect our tax status, we are on the offensive. It’s why we publish “bank attack fact sheets” for every state, and one-page infographics for Capitol Hill.

We’re already planning a campaign to inform our brand-new Congress about the credit union difference so they won’t fall for the shopworn myths banks peddle every year.

S. 2155 brought real, lasting regulatory relief to credit unions, but more is needed. We want to eliminate the excessive regulations that make it harder for you to offer your members efficient, affordable financial services.

So, we’ll continue to push Congress for additional relief.

We’ll also continue to advance the credit union vision at CFPB under the agency’s new leadership. Our aggressive advocacy meant there were no new CFPB proposals in 2018 that applied to credit unions.

Expect us to keep up the pressure this year.

We’re already planning a campaign to inform our brand-new Congress about the credit union difference.

We want to transfer supervisory authority of very large credit unions back to NCUA and continue our push to transition the bureau’s leadership from a single director to a bipartisan commission.

We’ll continue to engage with NCUA, defending its field-of-membership rule in court and engaging with the agency on its examination rules. And in the states, we’re preparing to combat activism by certain attorneys general and legislatures.

We want to provide more consumers with easy access to the credit union services they need and demand. That’s why we will be pursuing a federal modernization bill in the 116th Congress that will focus on improvements to credit union powers, structure, bylaws, and NCUA structure.

This is why we worked so hard to elect a bipartisan, credit union-friendly Congress last November: So we can pursue ambitious wins in Congress.

In the states, we’ll go after legislation that puts more competitive pressure on the federal charter, including interstate branching legislation and field-of-membership modernization.

At the same time, we want to protect credit unions against overly restrictive privacy regulations that could prevent them from delivering safe, affordable financial services to their members.

This is an aggressive agenda, but we’re fighting for what you care about. That not only makes us push harder, it means we’re not doing it alone.

You’ll be right there beside us, and we’re stronger together.