Choose people who bring the right mix of skills and experience.

Todd Harris is a big believer that if you don’t have the right team, you won’t succeed.

Doing so “rounds us out and makes us a stronger team,” he says.

Once he has the right team members in place, Harris establishes a plan so employees continue to build on their skills and strive toward success. 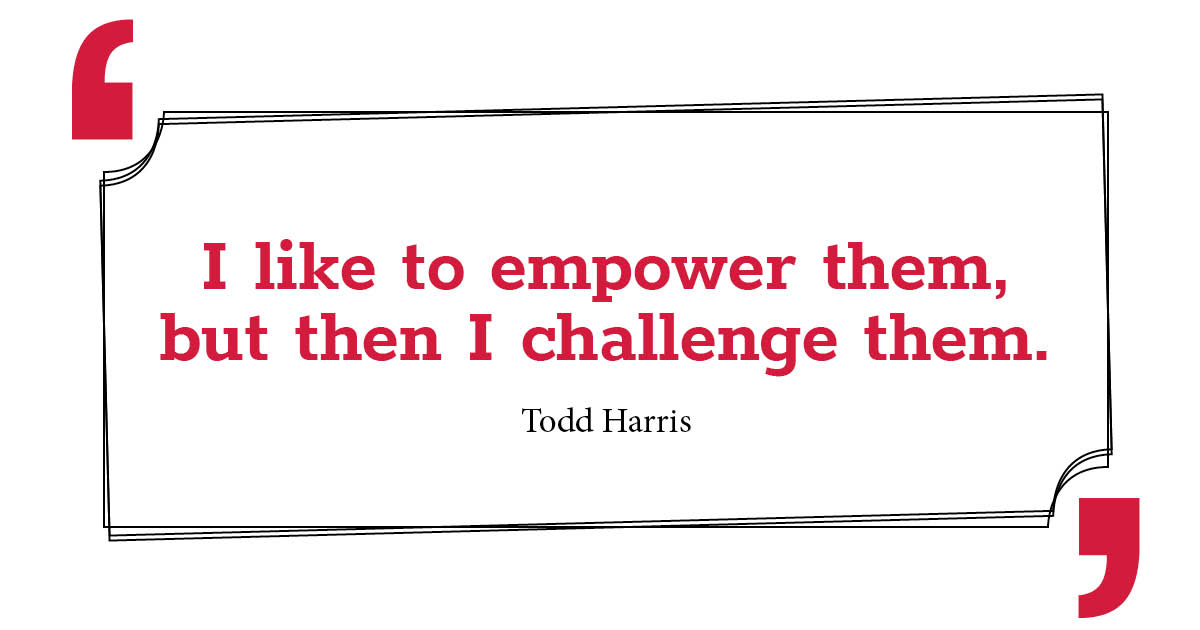 “I like to empower staff, but I challenge them, too,” says Harris, who was recognized by Credit Union Magazine as a 2018 Credit Union Rock Star in a special issue sponsored by Fiserv. “We set aggressive goals and work together to figure out how we get there.”

Technology CU CEO Todd Harris on what it takes to succeed in a competitive market.

Because Harris puts so much effort into identifying the right people for the right jobs, once the leadership team establishes goals, he doesn’t have to spend much time giving employees step-by-step directions.

“If you put all of your effort into hiring and getting the right people on your team, managing that team becomes infinitely easier,” Harris says. “You can focus on results rather than managing personalities and individuals.”