Member Benefits
Learn more
Learn more about the benefits of membership.
Home » Pence: Administration will continue to help CUs do what they do best
Policy & Issues GAC19 Tuesday

Pence: Administration will continue to help CUs do what they do best

Vice President Mike Pence called credit unions part of everything good happening in America during his remarks at the CUNA Governmental Affairs Conference (GAC) Tuesday. Pence also pledged that credit unions had the support of the administration to “continue to empower you to do what you do best.”

“It’s a great honor to host Vice President Pence at the 2019 Credit Union Nationals Association Governmental Affairs Conference,” said CUNA President/CEO Jim Nussle. “We thank him for honoring our industry and recognizing the fundamental work that credit unions do in small and large communities across the nation.”

Pence acknowledged credit union efforts in supporting the Economic Growth, Regulatory Relief and Consumer Protection Act (S. 2155), which he called a “fundamental reform of Dodd-Frank.” He said credit union advocacy made a “tremendous difference” in getting the bill signed into law.

“I’m here on behalf of the entire administration to really just say thank you to all of you for the vital role you play, the work you do to help millions of Americans build stronger families, build stronger businesses and build stronger communities,” Pence said. “you make it possible for American families to buy their next car, send a child to college, buy that dream home. You make it possible for countless entrepreneurs to start the small business will help drive our economy. The men and women that run America’s credit unions: you do incredible work.” 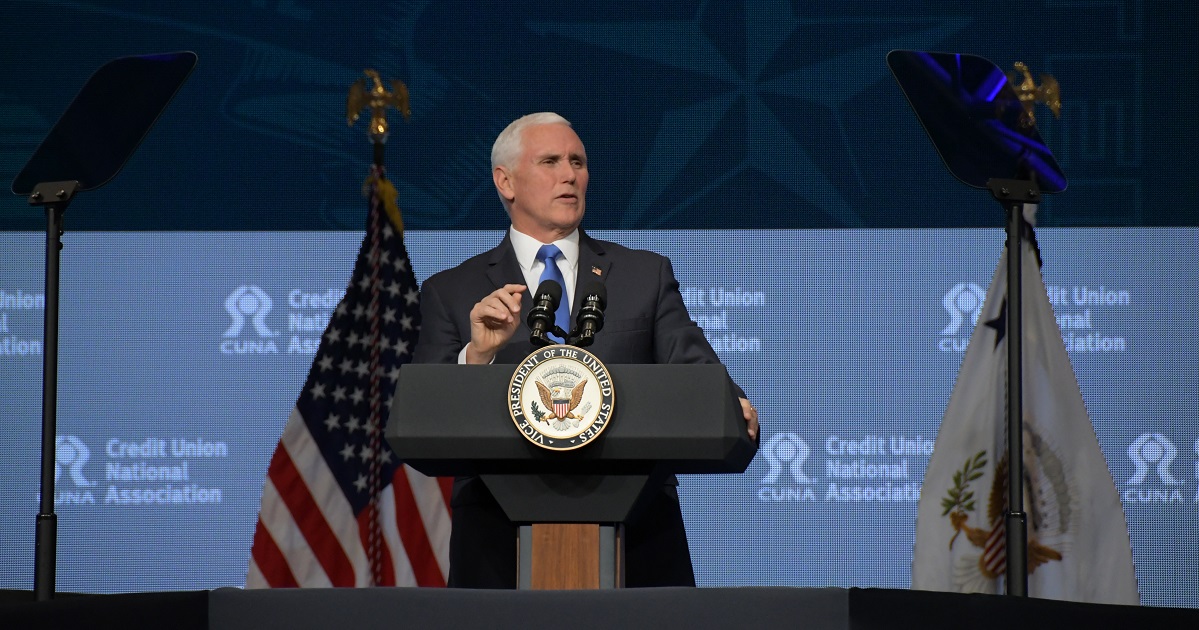 As Vice President, he has continued to champion credit unions.

Pence recalled that he used to enjoy his Washington, D.C. visits from credit union leaders, and wished them luck as they prepared to visit Capitol Hill offices later this week.

Pence’s talk was streamed live on CSPAN, ABC News, Fox News and Patch media, and on the White House website, and it was covered in Politico, The Hill and Morning Consult.