The CUNA Governmental Affairs Conference (GAC) wrapped up its last general session with a morning filled with influential lawmakers talking legislation and thanking credit unions for the work they do.

Rep. Ed Perlmutter (D-Colo.), a member of the House Financial Services Committee, thanked credit unions for the support of his cannabis banking bill the Secure and Fair Enforcement (SAFE) Banking Act, and said he hoped to see it marked up “within the next couple of weeks or months.”

His district is home to Denver Federal Center, the largest concentration of federal agencies outside of Washington, D.C., and thus his constituents were heavily affected by the government shutdown.

“Credit unions were front and center in assisting them through a very rough period. My Colorado credit unions, and all credit unions, do the work the rest of us in government expect, and they’re real patriots. We didn’t treat them very well, but credit unions did.” 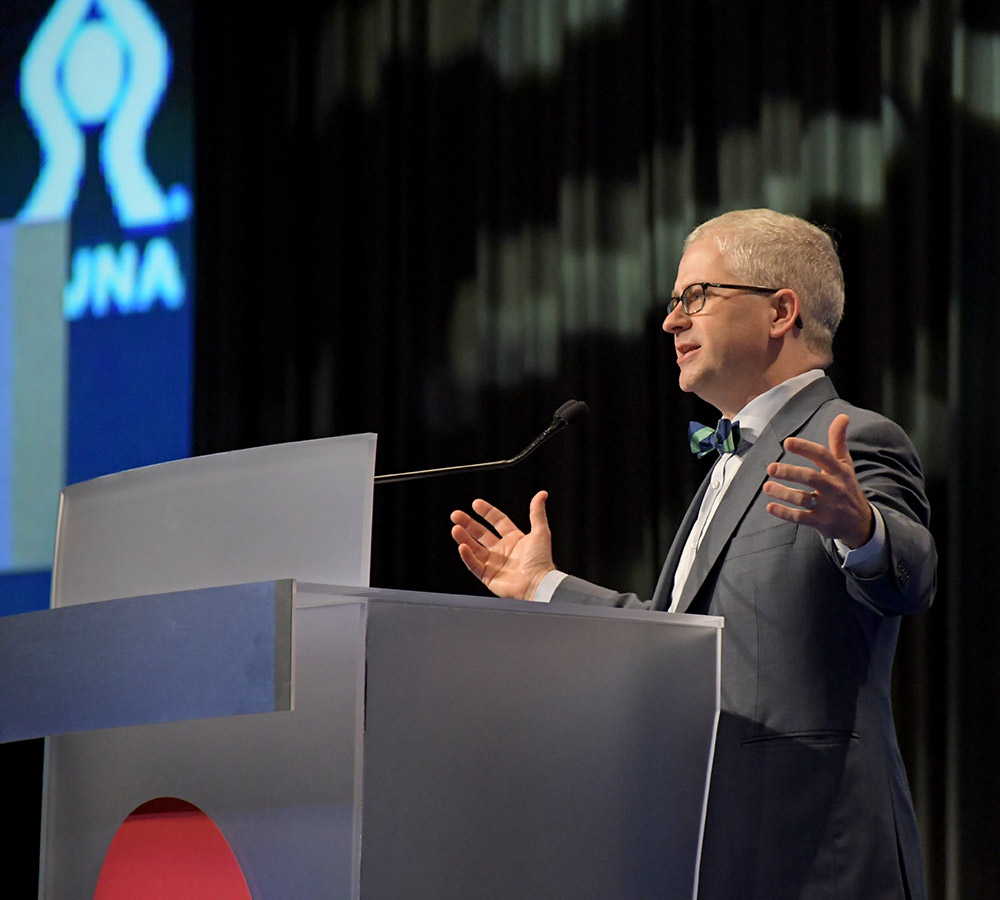 Rep. Patrick McHenry (R-N.C.), ranking member of the House Financial Services Committee, said he had great respect for the credit union model, and urged credit unions to be forward-thinking.

“It’s time we shift our focus in Washington towards building a better financial system for the future,” he said. “What that means is that our policy debates must first and foremost consider how technology can play a role in helping our credit unions meet the demands of a modern digital economy

McHenry added this includes everything from cybersecurity to fintech to Bank Secrecy Act reforms to “create a new framework for credit unions to harness the power of technology to grow.”

Rep. Brad Sherman (D-Calif.), member of the House Financial Services Committee, outlined the many ways his views are compatible with credit unions, including the need for putting the liability for data breaches on merchants, because “only then will they spend the proper amount of money to safeguard your data.”

He also said he is deeply troubled by the current expected credit loss (CECL) standard.

“It is absolutely an absurd method of accounting, and as co-chair of the bipartisan CPA Caucus I’m doing everything possible to narrow its scope or hopefully prevent it from going into force,” he said.

“We need to put a pause on this thing, and I hope that all of you would be willing to write a letter, make a phone call to the Financial Services Accounting Board [which issued the standard], the SEC and any of your other regulators and let them know this is not going to work,” he said. “We need to have a grassroots push to get this thing stopped so we can pause and see what its effect is going to be on the economy and businesses. Your business model is not going to work with what this rule is trying to do.”

He also said he planned on working across the aisle with others, including Sherman on regulatory relief and Rep. Carolyn Maloney (D-N.Y.) on Bank Secrecy Act reform.

Rep. Bill Huizenga (R-Mich.), ranking member of the House Financial Services subcommittee on investor protection, entrepreneurship, and capital markets, encouraged credit unions to reach out to their legislators back in their home districts as part of their ongoing advocacy.

“Sometimes its tough to find that 15 minute time slot when you’re in the midst of the three-ring circus called Washington, D.C. but I can guarantee you if you invite me, or someone like me to your facility, you’re going to get a half an hour if not an hour to meet with your folks, your leadership team, your employees, your members,” he said. “That’s an important thing to do.”

He also cited the bipartisan support of his CUNA-backed bill, the Mortgage Choice Act, which would make minor adjustments to the Truth in Lending Act definition of “points and fees” to ensure greater consumer choice. It has passed the House in several previous Congresses but has not received attention in the Senate.

The morning session concluded with the most senior member of Congress to address this year’s GAC, House Majority Leader Rep. Steny Hoyer (D-Md.). Hoyer touted his bond with CUNA President/CEO Jim Nussle, as the two were the only Danes in Congress when their terms overlapped.

He said he has long admired credit unions, especially when he saw them stand as a “safe harbor among the violent seas” in the financial crisis of the last decade.

“That’s why I’ve been a proponent of credit unions, as well as a supporter of not punishing them for the dangerous actions of other financial institutions,” he said. “Our regulatory environment ought to recognize that difference, and that credit unions have a special role, a distinct role, a critical role, and you do it safely.”