Alison Levine on fear and failure

'Failure is not forever, and it does not define you.'

On her first attempt to reach the summit of Mount Everest, adventurist and author Alison Levine and her party came up just short.

She was understandably disappointed given “two months of blood, sweat, and tears spent on the mountain—not to mention all the time spent fundraising, organizing the team, getting all the gear and supplies together, and months of training before the climb,” says Levine, who’ll address the 2019 CUNA Governmental Affairs Conference.

Then there was the post-expedition media tour where she had to retell the story of the group’s failed attempt repeatedly. “There was no escape from the reminders that I was part of a high-profile failure,” she says.

But then she began to think about the many climbers who tried and failed to summit Mount Everest, and Levine realized she was in good company.

“I learned that I need to define success on my own terms rather than letting others dictate what success should look like,” she says. “Success for me is not getting to the top of a mountain. It’s about the lessons I learn along the way, and using those lessons to be better going forward.”

Levine doesn’t understand why so many people fear failure. 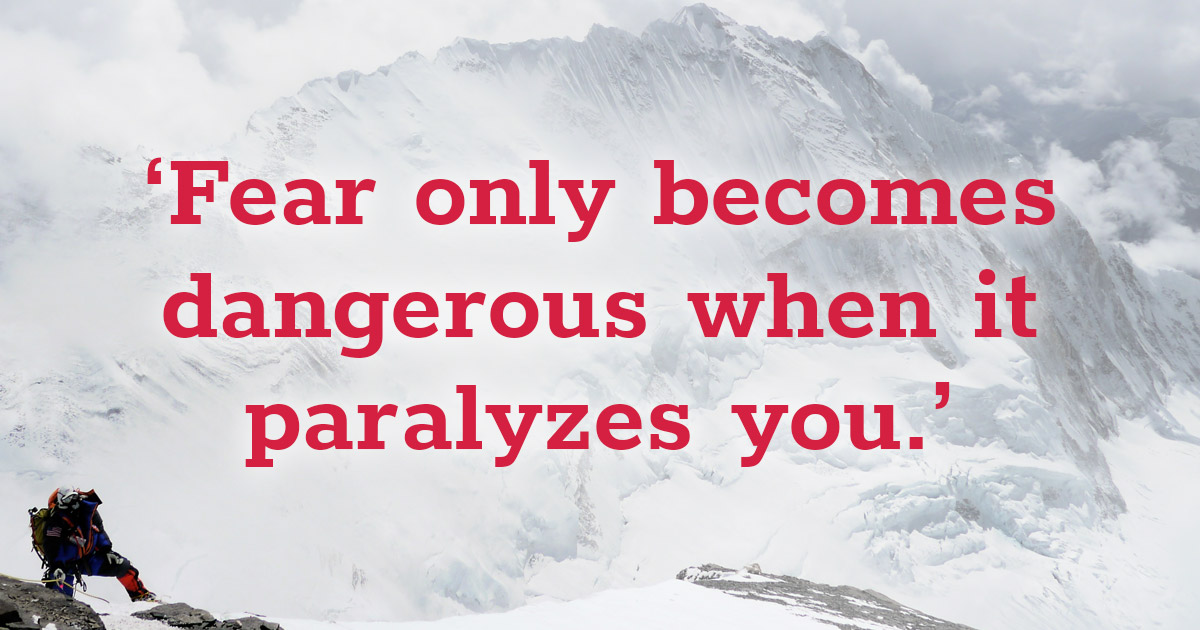 “Failure is simply one thing that happens to you at one point in time,” she says. “Failure is not forever, and it does not define you.

“Failure tolerance is critically important,” Levine continues, “because if you aren’t willing to accept failure, then you won’t push yourself out of your comfort zone or take big risks.”

Like failure, fear has its good points. “I have learned to use fear to my advantage,” she says. “Fear keeps me awake, alert, and aware of everything going on around me. Fear forces me to take action.

“Fear only becomes dangerous when it paralyzes you,” Levine adds. “When you are in an environment that is constantly shifting and changing, the inability to take action can most definitely kill you.”

►Malcolm Gladwell on why we should emphasize our differences