Kai Kight on forging a culture of innovation

Change your path by stepping away from rigid rules.

Kai Kight uses music as a metaphor to inspire individuals and organizations around the world to compose paths of imagination and fulfillment.

Inspired by his mother who, when diagnosed with cancer, revealed regrets of not bringing her ideas to the world, Kight is on a mission to spark a global mindset shift in which ingenuity is the norm, not the exception.

Kight, who will address CUNA’s 2019 America’s Credit Union Conference, June 17-20 at the Walt Disney World® Resort in Florida, shares how his unique background has shaped who he is today, how people can take small steps to forge a new path, and how leaders can create a culture of innovation.

Tell us about your background and how this has shaped who you are today?

I grew up as a traditional classical violinist. However, after my mother was diagnosed with cancer and shared her regrets on life, I was inspired to start composing my own music.

For the last several years, I’ve been on a journey of inspiring others to write new music in their own lives and work. I’m a big believer in the power of personal story. So, when I take the stage, I never share an idea unless I can first articulate my own failure.

Also, an interesting note about my background is that I did not study the violin in college. I actually went to Stanford where I was in the design program in the engineering school.

So, my inspiration stems not just from personal anecdote, but from my experience learning from some of the top thought leaders on psychology and creativity in Silicon Valley.

Most people follow a path rather than forge their own. How can people break free of that mindset?

I acknowledge there’s a lot of pressure that comes with the phrase “forge your own path.” It subtlety implies that in order for one to realize their full potential, they must completely recreate the world around them in some unique way.

While this might be the case for some, this expectation can isolate most people and leave them feeling inadequate if they do not completely reinvent themselves in life—and that is unnecessary. 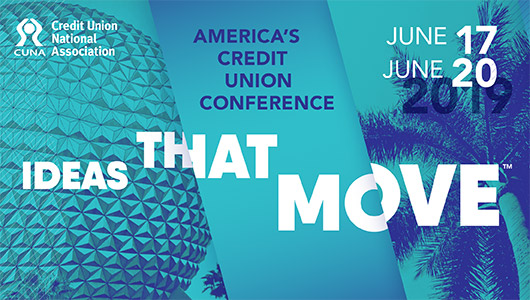 When I was growing up, a violin teacher assigned me a new piece of music to play. But when she handed me the music, she also handed me a CD [compact disc]. On the CD, several musicians played the same piece of music, but each had their own interpretation.

They each hit the right notes, but they all had their own way of doing it. One artist would hold notes longer than others to really sing out the melody. Another artist would have dramatic pauses to keep the listener in suspense.

And another seemed to play the part twice as fast to make things exciting.

To bring new music to life, sometimes we don’t always have to change our entire path. We don’t need to switch jobs, switch homes, or drastically switch careers.

We don’t need to always recreate entire systems from scratch. Perhaps we can learn to first add our own interpretation, our own human touch, to the music we have been handed.

Forging a new path in life could be as simple as taking the focus off ourselves and allowing the needs of others to guide our actions instead of the rigid rules we create in our minds.

‘The job of the composer is not to control others but to inspire the best sounds out of others.’
Kai Kight

How can leaders create a culture where innovation is the norm?

It is of no use to talk about leadership or innovation if we do not first honestly examine our own desire for control.

You see, Mozart would write every note of his masterpiece. But at the end, he would often write in something called a cadenza. A cadenza is essentially a blank space in the music where the composer has written no notes.

When the performer reaches the cadenza, the performer composes their own part. They take inspiration from Mozart and then add their own ideas to the equation. As a result, Mozart’s music grows far beyond his own prediction.

The job of the composer is not to control others but to inspire the best sounds out of others. The genius of Mozart was not only in his ideas, but in his ability to see the ideas of others as an asset and not a threat.

It is easy to support and admire someone else’s originality and creative spirit from a distance. But often, that admiration ceases to exist the moment we believe that person should be fully underneath our control.

And so often, on our path to lead others, this amazing contradiction occurs: We end up squeezing out of other people the same qualities of creativity and enthusiasm which attracted us to them in the first place.

The culture of any organization is often a direct reflection of the personality of the people who design it. So, if a leader wishes to create an environment where innovation is the norm, they must first examine their own relationship to opposition.

Often, that is the toughest work to be done.

Stay tuned: Next week, Kight shares how leaders can inspire those around them, and where he turns for inspiration.