Attracting deposits is about more than raising rates.

In a recent study by financial services consultancy and research firm Cornerstone Advisors, 50% of community financial institution executives cited growing deposits as their No. 1 concern for 2019.

Ron Shevlin, director of research at Cornerstone, says attracting deposits is a day-to-day concern for CEOs and chief financial officers during a rising-rate environment when loan-to-shares approach all-time highs.

“There’s no silver bullet to attracting deposits,” Shevlin says. “The core of the issue is about being creative about pricing and have a broad-based strategy built around a core checking account that truly adds value.”

Mike Schenk, CUNA chief economist and deputy chief advocacy officer for policy analysis, says the executive anxiety is no surprise. “It’s pretty simple: The way you get more deposits is pay people more for depositing with you. But, of course, the challenge with that is that when you pay members more for deposits, your return on assets decreases.”

Credit unions historically have been quick to raise their deposits to create more value for members, but have been reluctant to increase the rates on their loans, for the same reason Schenk says.

“Banks are the exact opposite,” he adds. “They'll hold off on increasing their deposit rates because it creates bottom line pressure, and, they tend to increase their loan rates pretty quickly,” Schenk says.

Schenk says it’s important that credit unions develop different deposit accounts for different segments of members. “Most of your deposits are going to stay put,” he says. “Really, very few of your depositors are rate chasers. You can create a product that those members can gravitate towards, but it should be done in the context of your strategic plan.”

Patelco Credit Union, Pleasanton, Calif., did just that, designing savings products around members’ different savings needs and building in options that distinguish its products in marketplace.

For example, the $6.5 billion asset credit union’s reverse-tier money market account (MMA) was designed to reward and encourage small savers to establish an emergency account. Patelco Senior Vice President Chief Retail Officer Melissa Morgan said the account was developed with that knowledge that having an emergency account is one of the most important factors to ensuring long-term financial health.

“Without having the short-term liquidity account established to cover the unexpected, people struggle to save for things like education, retirement or home purchases, which is one reason this account is so important,” she says. 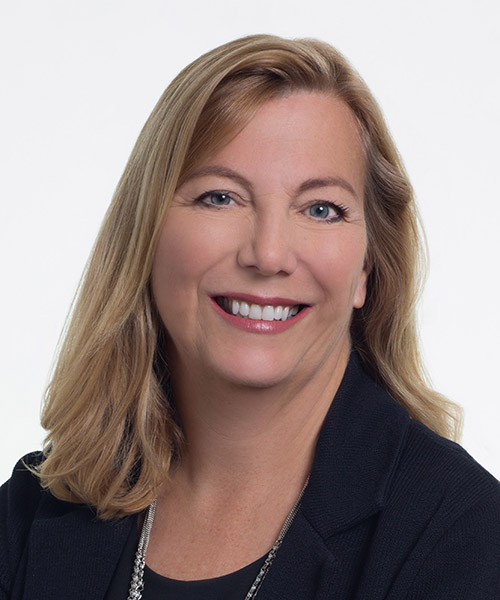 ‘Flexibility is key in an uncertain environment.’

Morgan says the reverse-tier MMA account is “easy for member service representatives to enthusiastically talk about with our members because they know what a great opportunity this is compared with other options.”

For medium-term savers, Patelco offered the, flexible rising-rate certificate, a three-year certificate which delivers an annual rate increase and the flexibility to withdraw funds with no penalty once a year on each anniversary of the certificate’s opening.

“Flexibility is key in an uncertain environment,” Morgan says. “We are confident that most members will stay in this product the full three years as the benefits get better every year with the rising rate. This product works because we listened to our members and designed it based on their feedback.”

Morgan says Patelco’s team was very responsive and moved from ideation through member feedback to actual launch within three weeks.

“What was even more surprising is that we exceeded our $300 million goal within the first three weeks with almost no marketing expense,” she says. “We are now at $368 million and holding for the time being. We were surprised at how quickly the news of this product went viral as members told family and friends.”

Morgan says that the flexible rising-rate certificate attracted 59% new money, rather than the usual 20%. The product was discussed in national blogs and other social media outlets.  “We ended up saving our marketing spend as our members and the product sold itself,” she says.

For further context, before Patelco executed its current growth strategy in early 2015, its deposit growth was roughly 3%.  Within one year, the credit union exceeded 18% annual growth. “We purposely pulled back to a more sustainable 10% and have held there at the top of our peers,” Morgan says. “Within four years we have grown deposits by 50% from $4 billion at the beginning of 2015 to $6 billion.” 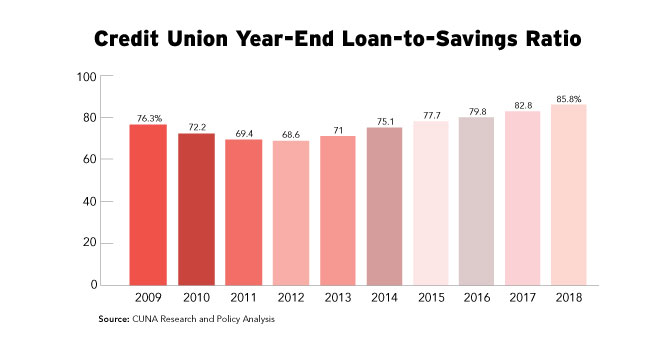 “When it comes to growing deposits, in our mind, it's all about relationships, and so we focused on the checking product,” says Erin Hennessy, chief innovation and marketing officer at the $2.7 billion asset credit union. “Phase one of our deposit strategy really was revamping, completely from the ground up, our checking product suite.

United’s Ultra Checking offers up to a 3% annual percentage yield (APY) with certain monthly requirements and Rewards Checking offers perks such as gift cards and merchandise with no monthly minimum balance fee.

“Phase one of our deposit strategy is making sure that we appeal to people who want to put a chunk of dollars aside and earn interest, as well as the people that are just transacting in and out, so that we cover a broad group of individuals,” she says.

Phase two of that strategy is also tied to the checking account, Hennessy says. Special money market and share certificates get an “extra bump” if members have a checking account too.

“It does a couple things,” Hennessy says. “It focuses on deposits, but then it also focuses on that primary checking relationship, which for us and the research that we've done, drives longer account membership relationships, and then it actually can drive overall deposit growth.”

Indeed, United members received a 0.5% interest rate bump on money market accounts and 0.1% increase on certificates if they have an Ultra or Rewards checking account.

United also got creative with its deposit offerings. The credit union offers a 12-month liquid share certificate, which allows members two withdrawals a month without penalty.

“It captures that overlap of the CD and money market audiences,” Hennessy says. “It’s for people that might be a little wary of money market or don’t quite understand it, but it still offers some liquidity. It’s attracted some hot money for us.”

But for United, it begins and ends, not with hot money, but with the member relationship, Hennessy says. “We know our loyal members are going to stay with us for a long time,” she says. “They are going to open more products with us. That increases the lifetime value of the membership, and that’s been very successful for us.”