S. 2155 signed into law one year ago: What’s the status of reg relief?

One year ago today, President Donald Trump signed into law the Economic Growth, Regulatory Relief and Consumer Protection Act (S. 2155). The signed legislation was the result of one of the credit union movement’s historic advocacy campaigns, the result of thousands of hours of work from CUNA, credit union leagues, credit unions and members.

At the start of 2018, CUNA engaged in a comprehensive grassroots campaign to garner support for the bill, including through CUNA’s Campaign for Common-Sense Regulation, letters to legislators, and league and credit union-placed op-eds and letters to local newspapers. This also included a White House visit with Trump that included CUNA President/CEO Jim Nussle and credit union reprasentatives during the 2018 CUNA Governmental Affairs Conference.

The push paid off as the Senate, for one of the only times during the 115th Congress, passed the bill with a bipartisan 67-31 vote shortly after CUNA GAC. The House followed suit in May, passing the bill with a 258-159 vote.

In the year since Trump signed the bill into law, many of the credit union regulatory relief provisions have been made official through regulatory rulemakings, and some are still in process.

Here’s the status of those provisions from the agencies responsible: 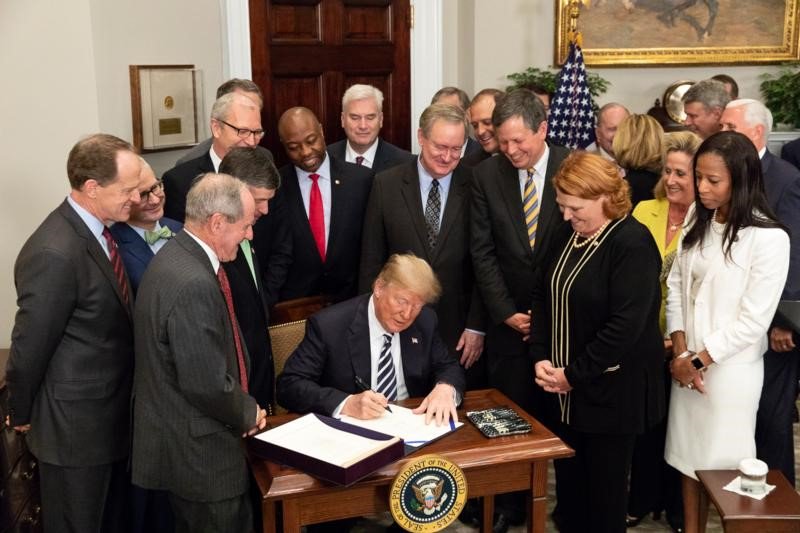