Anxiety grows over the federal government’s finances—and rightly so.

In the short term, big questions surround both the lack of significant progress on a budget agreement and the need to extend the federal government's ability to borrow.

The current situation raises the prospect of draconian mandatory budget cuts (totaling roughly $100 billion), as well as the possibility of an unprecedented default on U.S. debt.

On March 11, President Trump released his budget, and the Congressional Budget Office (CBO) posted its analysis of that budget on May 2. 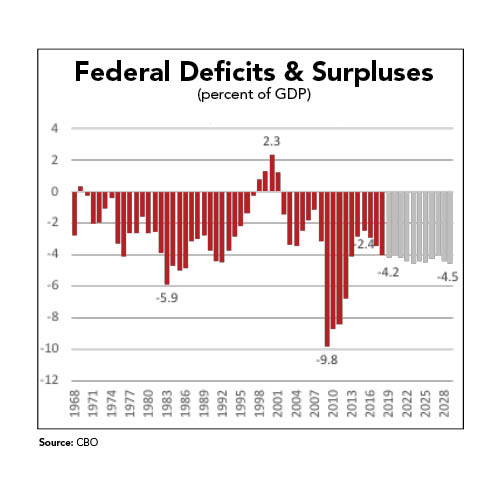 Since 1975, CBO economists and budget analysts have produced independent analyses of budgetary and economic issues to support the congressional budget process. CBO is strictly nonpartisan: It conducts objective, impartial analyses and hires employees solely on the basis of professional competence without regard to political affiliation.

In any case, the agency’s broad, long-term analysis continues to show deficits will rise steadily over the next decade because annual federal expenditures will greatly exceed annual revenues.

Deficits will be on a general, upward trend both in dollar terms and also relative to the size of the economy (i.e., as a percentage of U.S. gross domestic product [GDP]).

The deficit as a percentage of U.S. GDP declined significantly after the financial crisis eased, falling to a cyclical low of -2.4% in 2015 (“Federal deficits and surpluses”).

That experience reflects historical norms. When the economy slips into recession, tax revenue tends to decline and government spending aimed at stabilizing the economy tends to increase—often dramatically.

In this context, the need for government interventions aimed at stabilizing (or growing) the economy declines, and government spending either declines or increases at substantially lower rates.

The U.S. economy now is in the midst of the longest expansion in modern history. But instead of shrinking, deficits have grown significantly, jumping from the -2.4% cyclical low in 2015 to -4.1% of GDP in 2018.

In CBO’s projections, the federal budget deficit will hit nearly $900 billion this year and will exceed $1 trillion each year beginning in 2022.

‘Long-term analysis shows deficits will rise steadily over the next decade.’

In any case, persistent large deficits will (by definition) translate to an increasing and historically unprecedented pile of government debt. 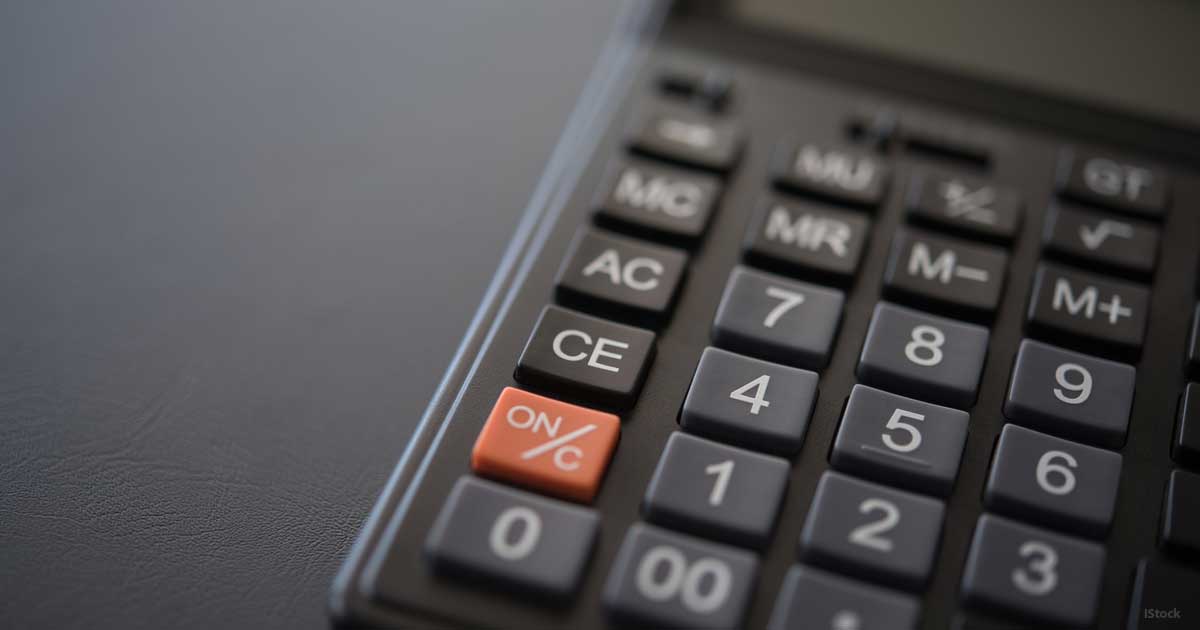 Want to solve these prickly problems yourself? Some interactive, web-based calculators allow you to explore the issue.

In relative terms, government debt measured as a share of the economy has more than doubled in the past decade, and the CBO says the level will climb to 78.2% of GDP in 2019, then balloon to 91.8% by 2029—the highest level since 1947 and more than twice the 50-year average.

It doesn’t stop there. CBO projects debt held by the public will skyrocket to 147% of GDP by 2049.

Next week: See how growing government debt could lead to fewer options.