'Financial literacy is the catalyst of our success,' winner says.

Johnson also works with members to improve their credit scores and create budgets to secure a better financial future. While Light Commerce is small, Johnson looks for ways to make the most of its resources and sponsor support to provide robust options to members. 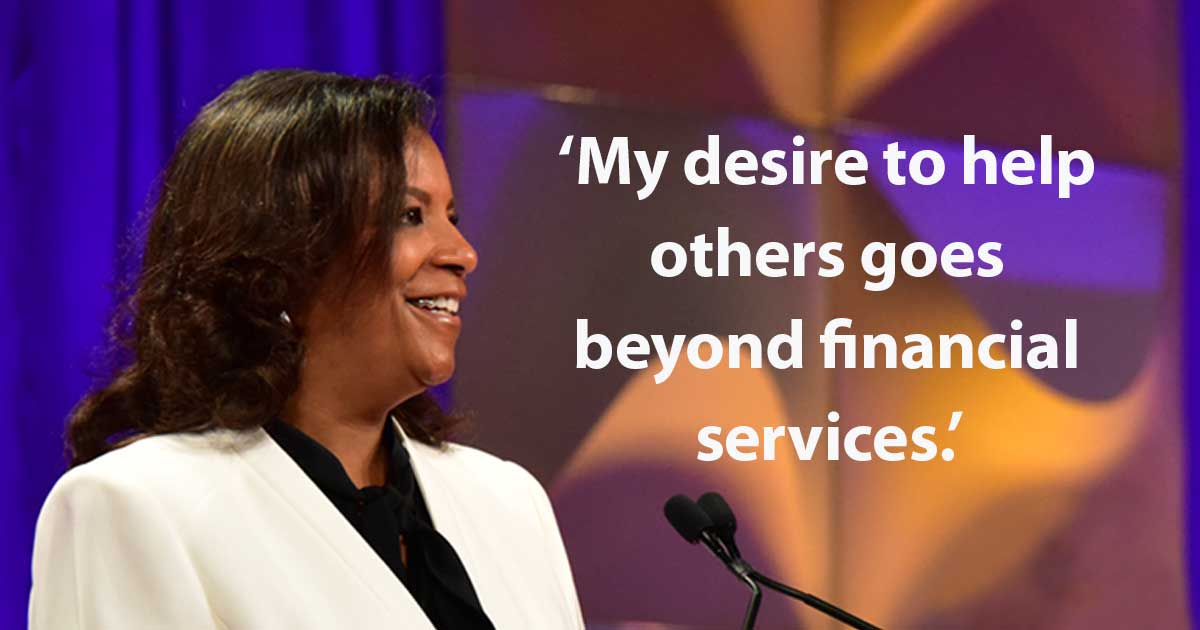 “Financial literacy is the catalyst of our success,” Johnson said while accepting the award.

“My desire to help others goes beyond financial services,” Johnson continued. She also spoke about working with New Light Christian Church, the credit union’s sponsor, in disaster relief efforts in the wake of Hurricanes Rita, Harvey, and Katrina. She also wrote a grant that was approved for funding to provide housing for the elderly.

“In 2004 Harlene single-handedly wrote the faith-based charter for a credit union that provides services to an underserved population of the community which was largely of African-American descent,” says Cornerstone Credit Union League President/CEO Caroline Willard, who introduced Johnson. “This has provided greater access to capital and has increased sustainable programs to meet the financial needs of low to moderate income and financially underserved communities.”

Sponsored by CUNA System Partner CUNA Mutual Group, the Credit Union Hero of the Year award recognizes credit union leaders who demonstrate outstanding commitment to credit unions’ people-helping-people philosophy and make a difference for their members and the communities they serve.

Other Credit Union Hero of the Year Award finalists were:

► Visit CUNA News for more conference coverage. Get live updates on Twitter via@CUNA_News, @cumagazine, and @CUNA with the #CUNAACUC hashtag.