Reshma Saujani is on a mission.

The founder of Girls Who Code, she wants to reduce the gender gap in technology and to change the image the collective world conjures up when they think about programmers.

She’s already been successful. Girls Who Code has reached 185,000 young women to date, and alumnae of the program have chosen to major in computer science at 15 times the national average.

She offers advice for practicing bravery every day: 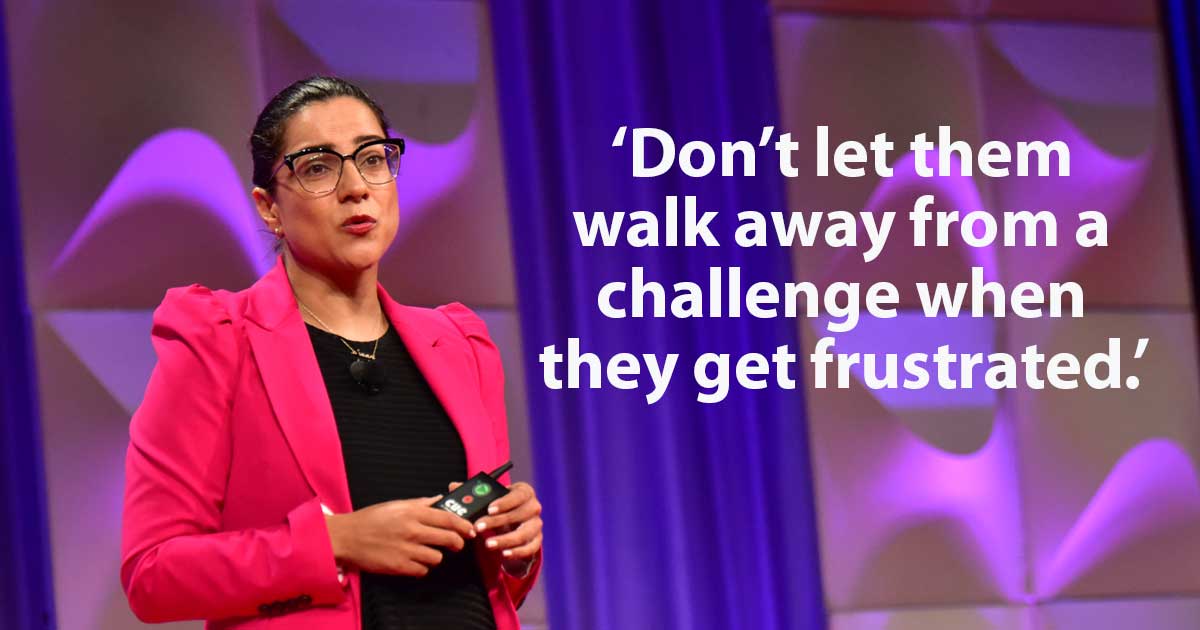 Saujani says that bravery will bring about a change in culture—one girl at a time.

“I am one of the most hopeful people you will ever meet, because I surround myself with girls,” she says. “I believe the girls of America will save us, they will heal us, they will lead us.

“If we want more empathy, compassion, and humanity in society, we not only have to teach girls how to code, we have to teach them how to be brave, not perfect.”