'Row together' to do amazing things

CUNA Board chair encourages credit unions to come together.

CUNA Board Chair Brett Martinez offered two words for attendees at America’s Credit Union Conference to remember during his speech Wednesday: row together.

The phrase is taken from a quote from author Patrick Lencioni, says Martinez, who is also the president/CEO of $4.5 billion asset Redwood CU, Santa Rosa, Calif.

“He said, ‘if you could get all the people in the organization rowing in the same direction, you could dominate any industry, in any market, against any competition, at any time.’ What if this was something the credit union industry did all the time?” Martinez asks.

“When our industry rowed together, we saw the Campaign for Consumer Choice lead to H.R. 1151. We saw the preservation of our tax status with Don’t Tax My Credit Union, starting in 2013. We saw our Campaign for Common-Sense Regulation lead to the enactment of S. 2155.

“But we don’t all row together all the time, and it’s time to start. The future of this industry depends on it. This is our moment in history,” he adds.

During his speech at the  Walt Disney World® Resort in Florida, Martinez shared his story about how credit unions “are in my blood,” as his mother was the CEO of a small credit union. During his 33 years with the movement, he says he’s seen how the industry has matured and positioned itself for the future.

He also touted the importance of the CUNA/League system and called it more of a three-tiered system.

“I’ve always been a big believer in our two-tiered CUNA/League system, but I would actually argue it’s a three-tiered system, which includes what credit unions are doing back home in their districts,” he says. “Every day this three-tiered system is protecting and advancing your ability to serve your members. We’re all really in this together.” 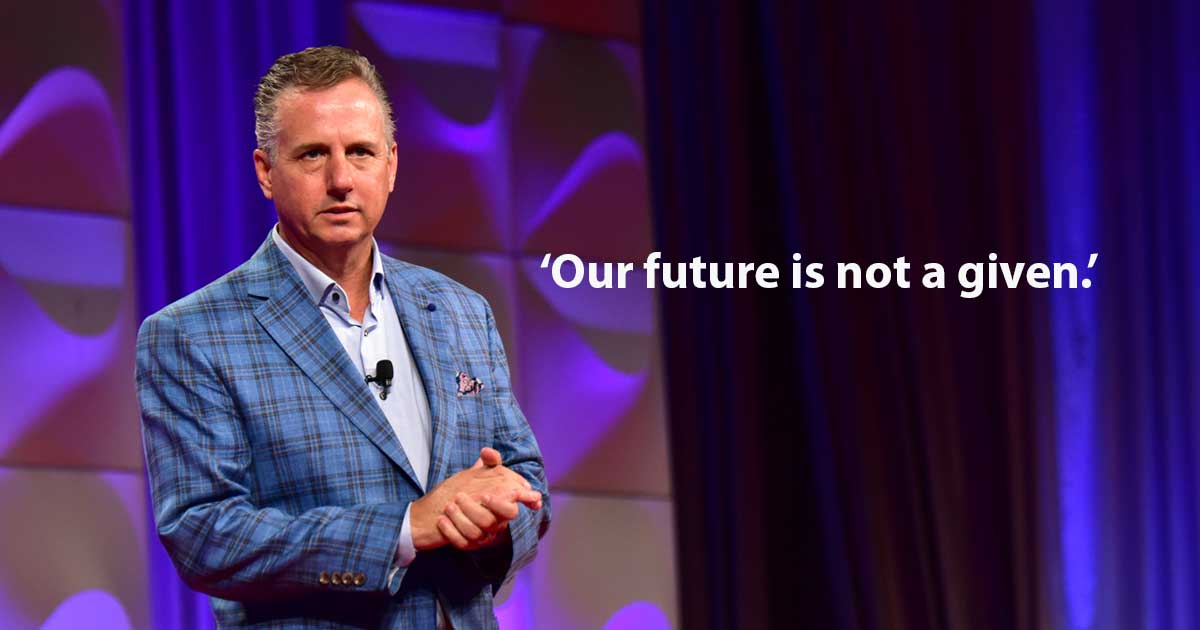 “When we all work together we will, and we have, accomplished amazing things. Let’s not be our own worst enemies,” he says. “Our future is not a given, we create. Together let’s make credit unions something we have only dreamed about. Let’s do this, and let’s row together.”