Time to talk about voice banking

Voice banking will likely be the next leap forward in creating digital connections with consumers. But are credit unions ready to allow members to use their voices to trigger transfers, payments, and other financial interactions?

Some credit unions already offer voice banking, and more are expected to join their ranks soon. Vendors who support the service say it’s important to combine a solid technology platform with member education so both credit unions and members are ready to move forward.

Currently, research indicates only a small slice of members are ready to use voice technology for financial services. According to “Expectations & Experiences: Channels and New Entrants,” a consumer trends survey from Fiserv, just 9% of voice-activated device users had performed a banking function in the prior 90 days.

But experts also predict that voice will have a much quicker adoption curve than mobile banking or online banking, which means credit unions may have less time to weigh their options before voice banking takes off (“Voice banking poised for growth”). 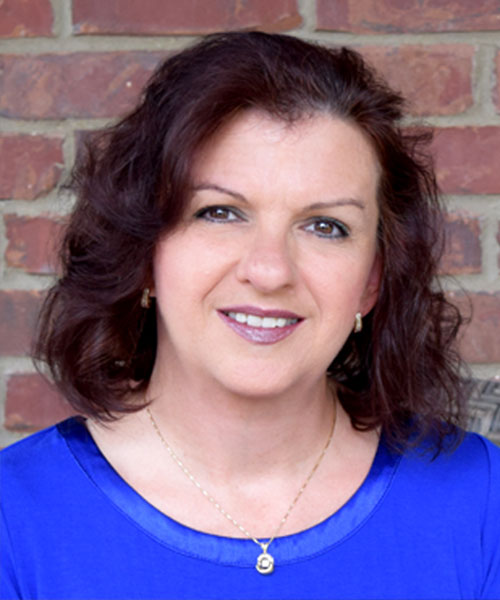 ‘Voice is the next wave of human/machine interaction.’

“Voice is the next wave of human/machine interaction,” says Elizabeth Robins, product director for Best Innovation Group (BIG). “For humans, it’s the most natural interaction mechanism we have.” 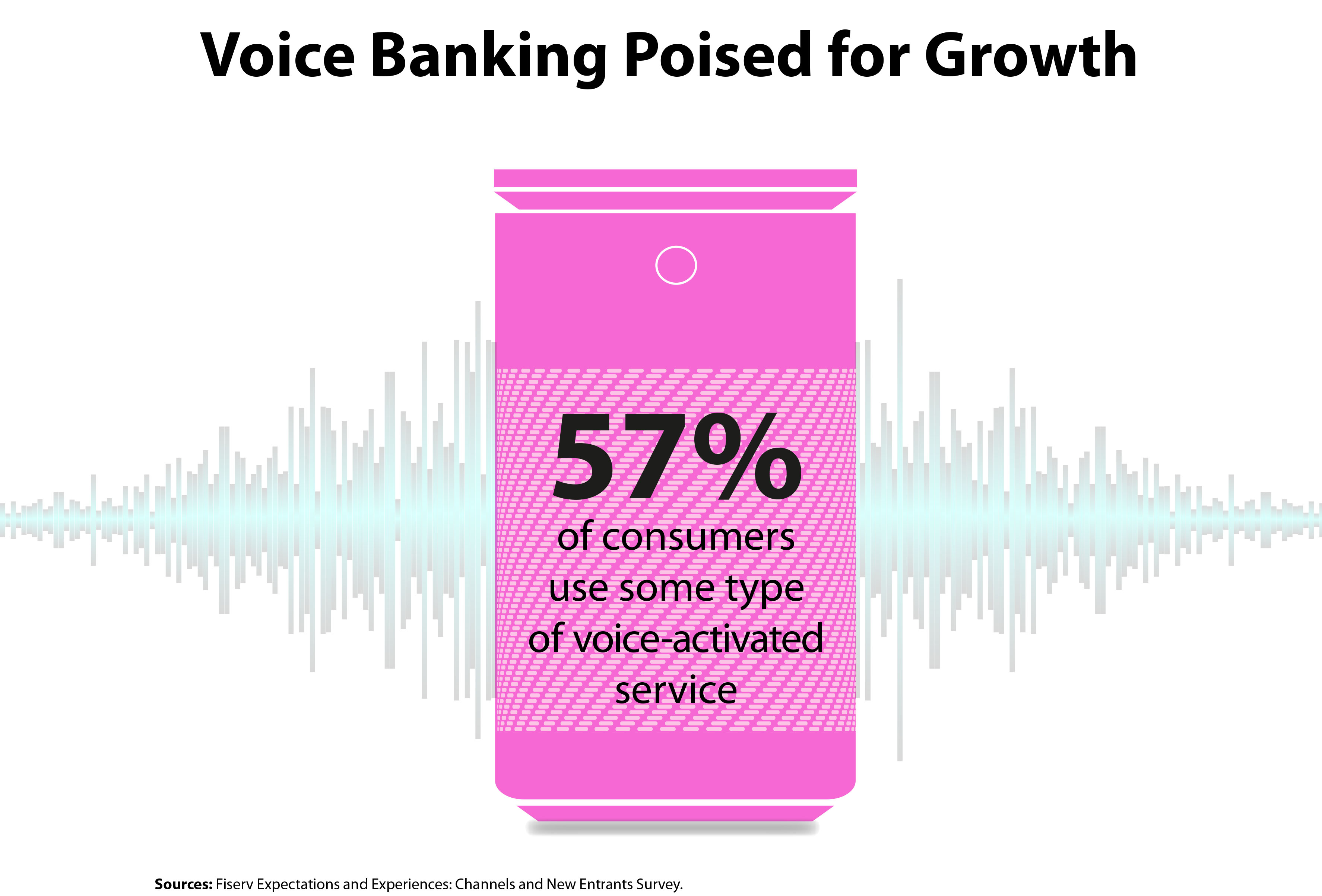 Functions in development include additional transactions as well as the ability to cancel and reorder plastic cards.

Robins describes voice banking as a new mindset that demands “a new way to think about how we present, react to, and interpret information.”

For members, that means performing banking tasks using a smart device that is untethered from screens, keyboards, and the relatively rigid structure of “menu-driven” remote services such as online banking or interactive voice response.

Instead of clicking through online menus to find the right function, members simply ask for what they want and expect Alexa’s artificial intelligence to respond with the right information.

“With Alexa, I can say, ‘Open my credit union and transfer $250 from checking to my auto loan,’” Robins says.

This conversational approach requires members to “unlearn” decades of training on how to make menus work. Education is critical to help members recognize how voice banking is different and what it can do, Robins says. 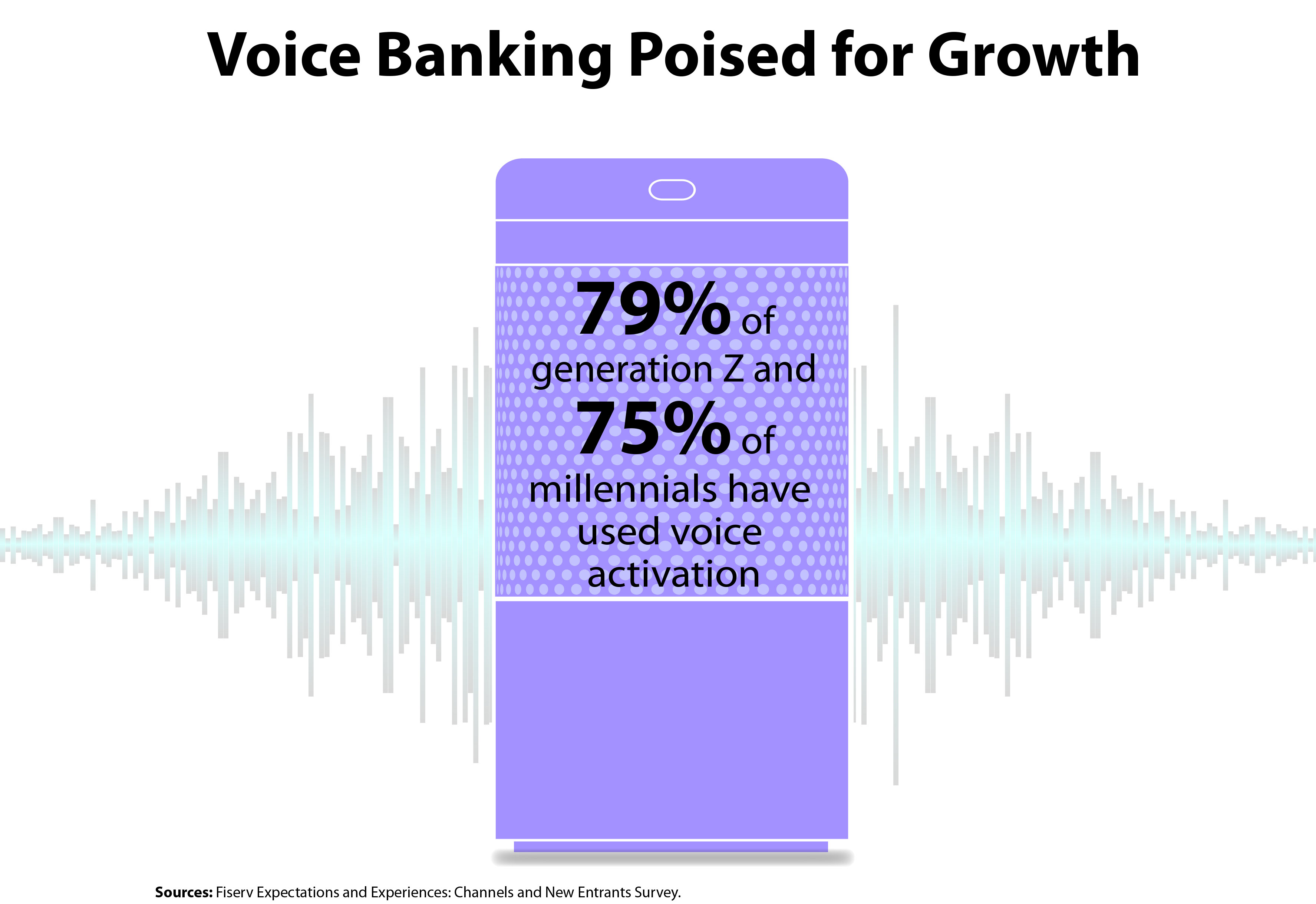 Credit unions that offer voice banking should strive to reach as many early adopters as possible, says Colin Murphy, vice president of strategic marketing and digital consumer engagement at Fiserv.

Murphy says these services build consumer comfort and trust so people can move to more sophisticated interactions, such as money movement.

“It’s critical to understand the unique user journeys of when and where a voice interaction takes place, and the appropriate level of security,” Murphy says. “When interactions become more complex or there is a need for additional privacy or security, the interaction can transition smoothly to another channel.” 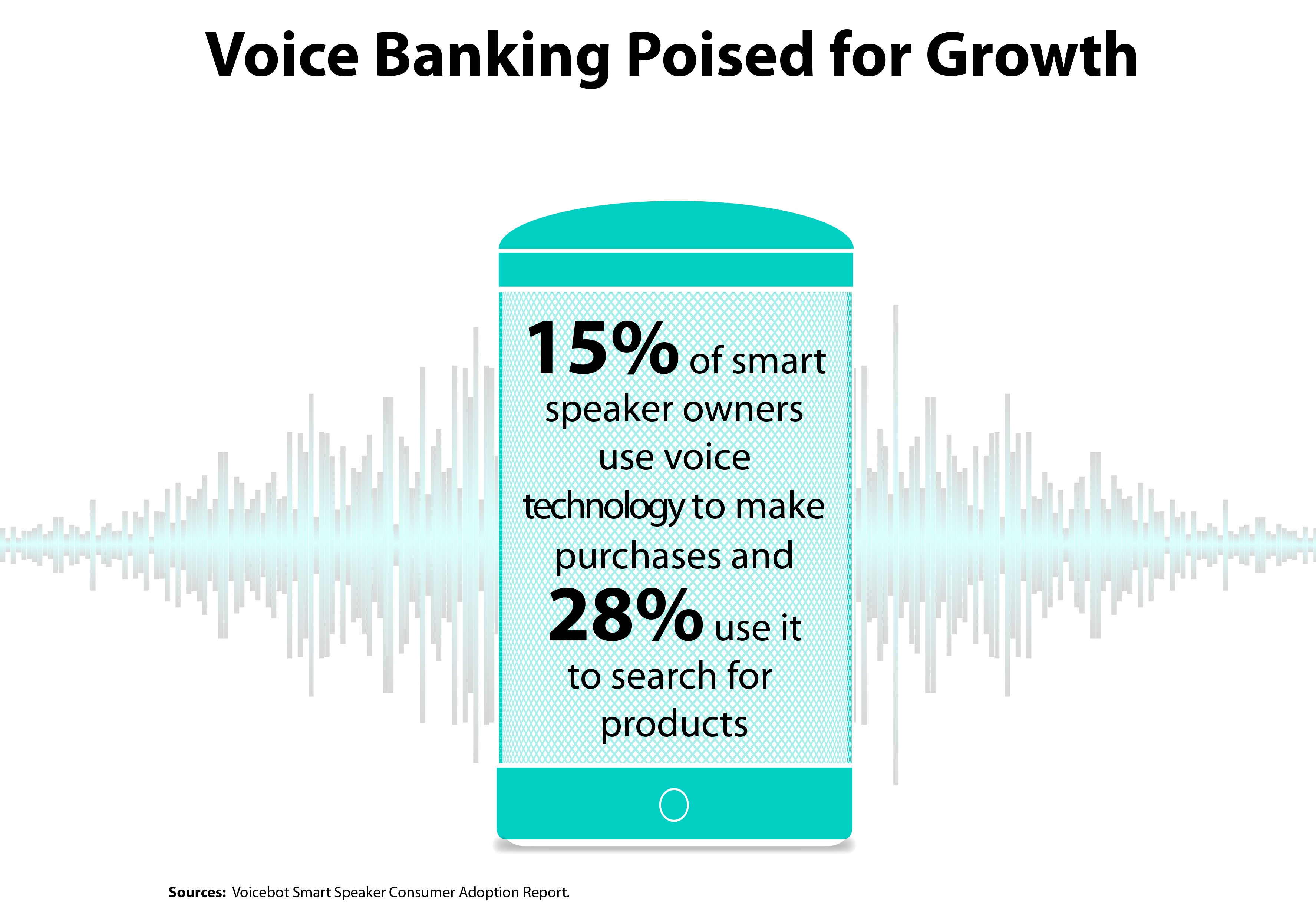 As voice banking evolves to allow member conversations to shift from one digital channel to another, Murphy predicts it will enhance customer service.

Using artificial intelligence to build member journeys that are “creative, yet practical” will be key for member adoption.

“The evolution of the channel will likely go beyond simply mirroring functions such as balance inquiries or bill payment from mobile and online banking,” Murphy says.