Experts predict voice banking will be adopted more quickly than mobile or online banking and some credit unions are already jumping in and offering the technology to their members.

Town & Country Federal Credit Union quickly saw the possibilities of voice banking as part of the ongoing evolution of voice interactions with members. It has since watched those interactions shift from voice mail to call centers to voice response units (VRUs) to more sophisticated interactive telephone systems.

“With Alexa, we right away saw great potential,” says Dave Libby, president/CEO of the $395 million asset credit union in South Portland, Maine. “My favorite phrase is, ‘it’s not about being first, it’s about learning first.’”

In 2016, Town & Country Federal bought Alexa devices so board members, senior management staff, and the digital banking team could begin to experiment at home. 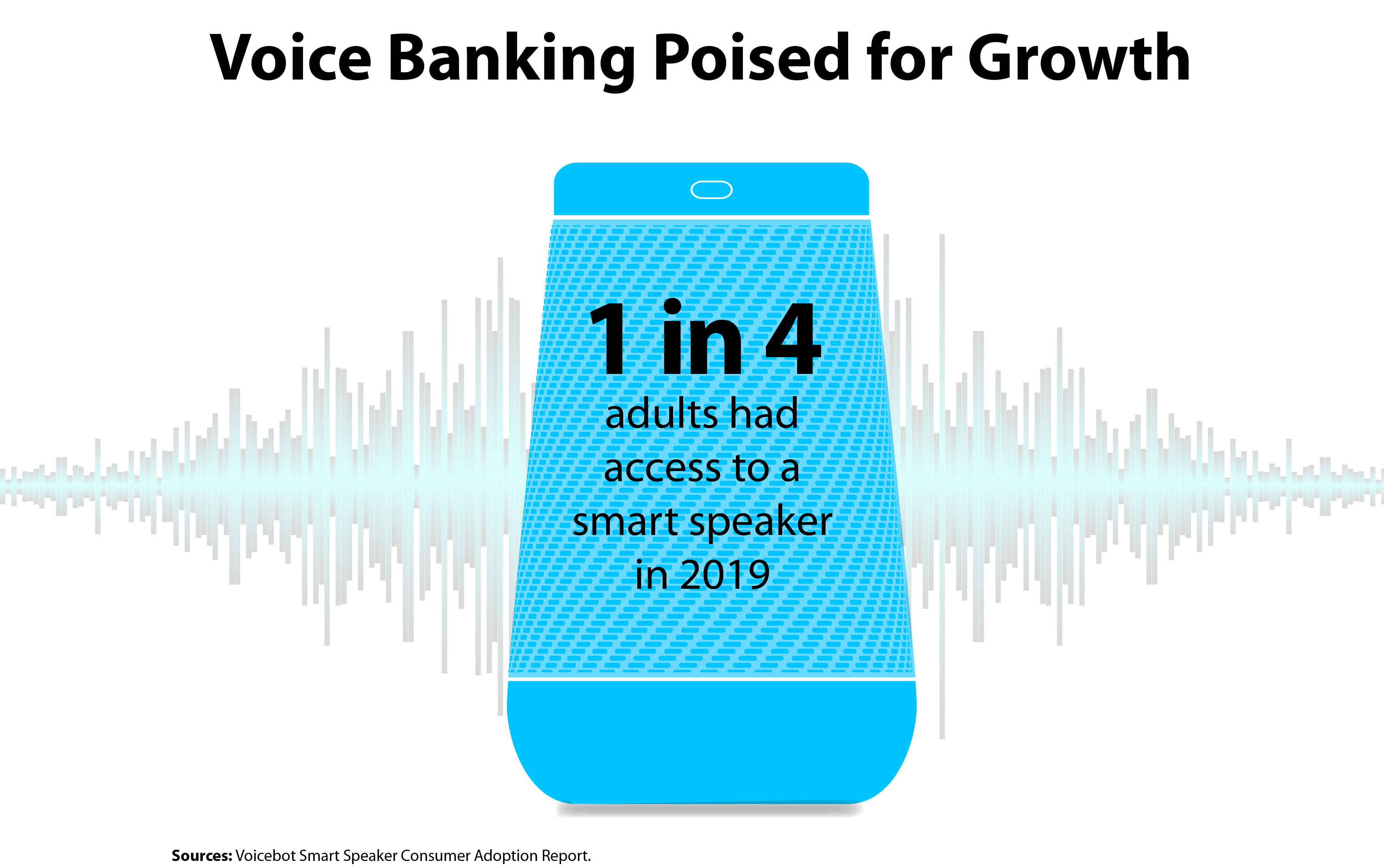 When Amazon made it possible to develop Alexa skills for voice banking, Town & Country Federal worked with NCR Corp. to offer voice banking that is tied to its digital banking program and secured with multifactor authentication. Voice banking was tested internally by the digital banking team and then offered to members with a focus on early adopters. Town & Country Federal became the first credit union and fourth financial institution to launch an Alexa skill with account-linking capabilities in October 2017.

“We launched it very slowly,” Libby says. “It was indirect and available, but it was not advertised. Some members stumbled across it, while others learned about it from internal team members.”

“With that much available—everything from watches to phones to speaker devices to Echo Dot and then some—that’s a lot of channels for people to use to access voice-enabled or voice-assisted technology,” Libby says. “We feel this will take off faster than mobile banking.” 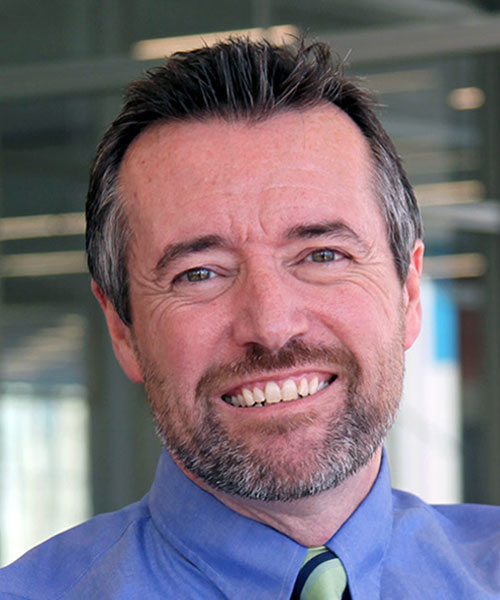 ‘Voice-assisted technology is going to become the leading way people understand their money.’

Town & Country Federal has a call center and still offers “telephone teller” banking, although usage has dropped significantly as members have transitioned to online and mobile banking. Libby anticipates eliminating “telephone teller” altogether at some point, and also anticipates that voice banking will someday displace online banking from desktop computers.

“Voice-assisted technology will become the leading way people understand their money and maximize their long-term value with the credit union, and how they plan for each stage of life,” Libby says.

He also expects voice banking to help Town & Country Federal continue to lower its average member age, which decreased from 49 in 2012 to 41 in 2019.

Knoxville (Tenn.) TVA Employees Credit Union believes putting members first means staying on top of—if not ahead of—the times, according to Kathy O’Barr, vice president of electronic services. Voice banking is another way to make it easy for members to do business with the $2 billion asset credit union.

“We felt this was an additional means to simplify members’ lives,” O’Barr says. Knoxville TVA Employees is partnering with BIG and Connect FSS to offer the service. 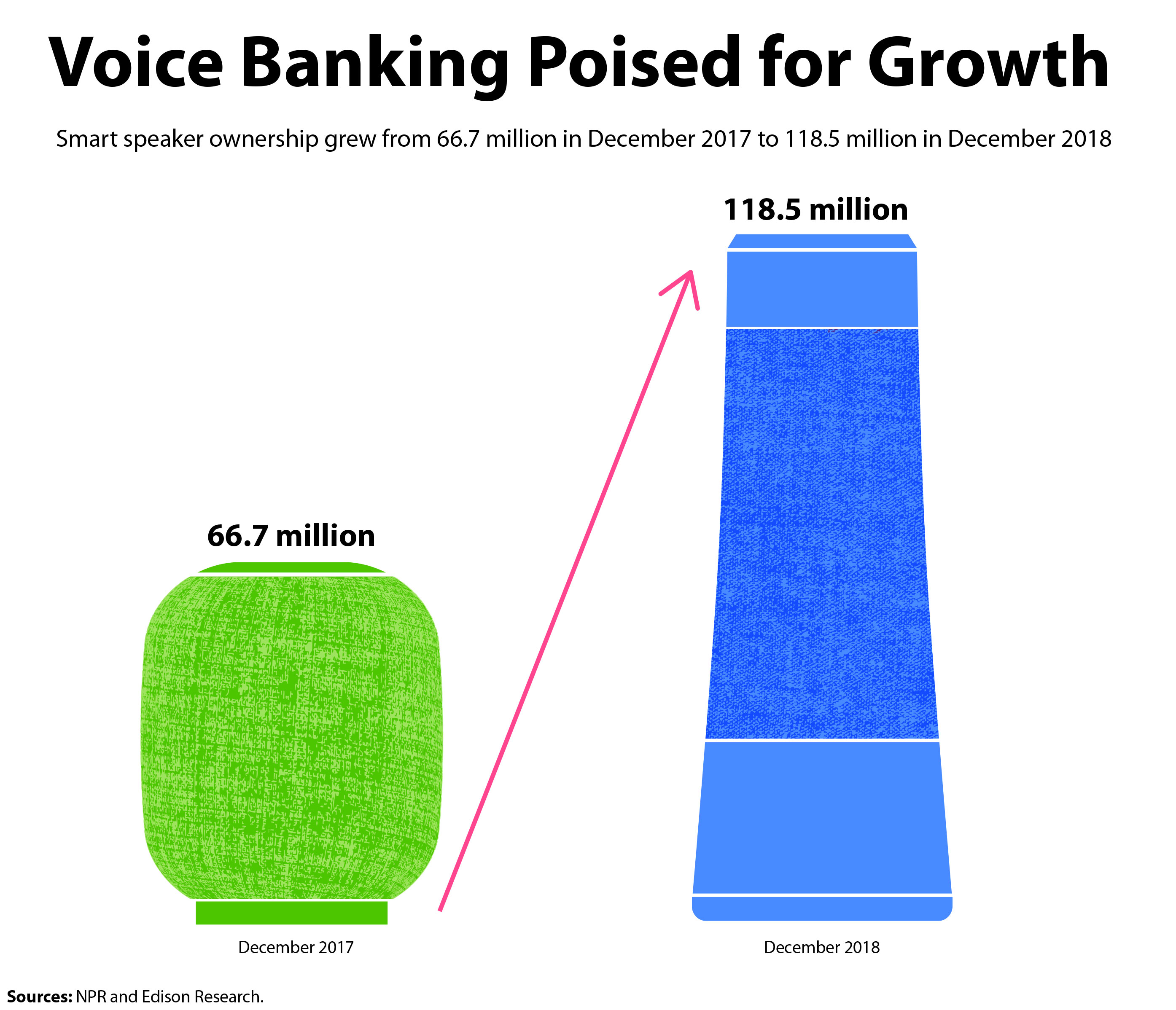 “Companies must work to integrate all the resources we have available to make life more convenient than ever for members,” O’Barr says.

Summit Credit Union was driven by a similar desire to be prepared as members become comfortable using voice technology for many different functions in their lives.

Chris Schell, chief marketing officer at the $3.4 billion asset credit union in Madison, Wis., says Summit used BIG’s FIVE platform and worked with Jack Henry & Associates Inc. to introduce voice banking in September 2018. Learning to work with fintech companies was a plus while dealing with Amazon’s red tape was a challenge, Schell reports.

Today users are “in the hundreds, not the thousands,” Schell says. The top three functions are verifying checking account balances, making transfers, and viewing account histories.

Despite the small share of members who use it, Schell says voice banking has already positively impacted Summit’s reputation. Users give Summit’s service an average rating of 4.5 stars on Amazon and some members report daily use. Even non-users have told Summit it’s a “cool” service they look forward to trying.

Early adopters include visually or physically impaired members who have difficulty viewing a screen or clicking a mouse. “It’s been very pleasant to help members who have a hard time accessing us in other ways,” Schell says.

Members learned about voice banking from a launch campaign that included outdoor, direct mail, and social media outreach to members. Voice banking was also highlighted by checking account promotions that offered an Alexa Echo as a prize.

“It’s been very good for us in terms of learning, of an investment in our brand, and then also being there as more and more people start using voice technology and get comfortable with it,” Schell says.

Schell predicts members will become accustomed to checking the weather with Alexa before they leave for work, using a voice command to turn on the security system on their way out the door, and “telling” the car to perform specific tasks as they drive to work. 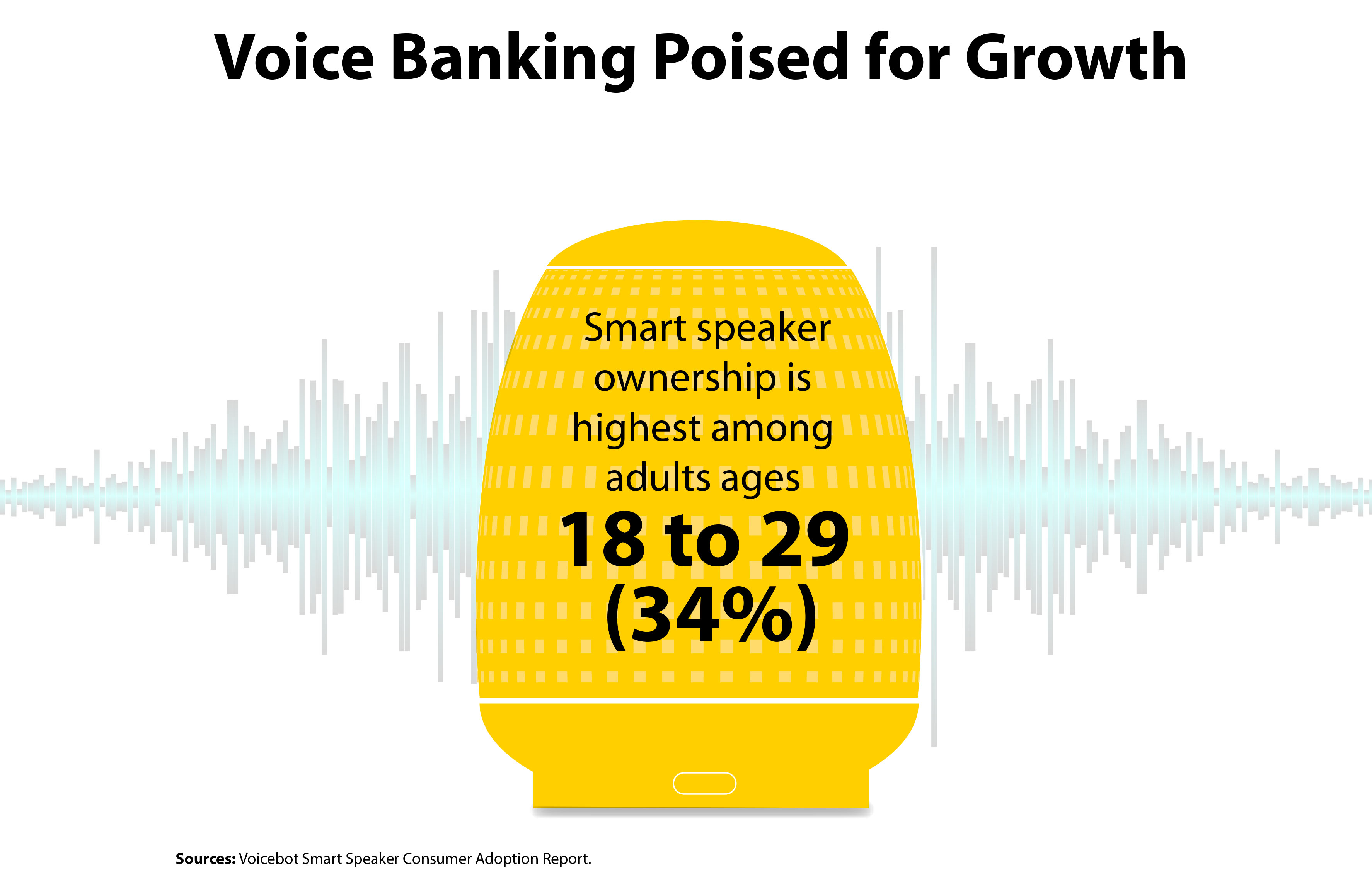 Experts predict that as voice technology gains widespread use, the timeline for widespread adoption of voice banking could shorten to 7 to 8 years or less, compared to the roughly 10- to 15-year timeline for online and mobile banking adoption experienced by many credit unions.

Both Robins and Colin Murphy, vice president of strategic marketing and digital consumer engagement at Fiserv, note that voice banking’s artificial intelligence will create an opportunity to offer faster and easier interactions that become a seamless part of members’ busy lives.

“Voice banking isn’t at the point of mass adoption yet,” Murphy says, “but as consumer awareness and comfort in the service increases, credit unions that adopt the technology early can differentiate themselves and gain market share in a competitive environment.”

The Fiserv Expectations and Experiences: Channels and New Entrants report identifies the 4 top drivers for consumer voice banking adoption as a desire to:

Lack of awareness was identified as the biggest enemy of voice banking adoption. The report notes that consumers are more likely to know that voice technology can be used to check the weather than to check an account balance.