Kathy Chartier initially saw the need to better serve the Hispanic community in 2002, when she tried to hire a hard-working Peruvian high-school intern.

“We learned she was undocumented, and we weren’t able to [hire her],” says Chartier, CEO at $30 million asset Members Credit Union (MCU) in Cos Cob, Conn. “Even though we had been serving the Hispanic community for a few years, that’s when we truly began to understand the plight of immigrants.”

MCU hired Vanessa Mollá Kuduk in 2005 when she received her documentation. Today, she’s the assistant vice president of lending and Hispanic outreach and was recognized as a 2015 Credit Union Magazine Credit Union Rock Star.

“Taking a chance on one immigrant helped to define the direction for MCU,” Chartier says.

In 1998, it became commonplace to hear Spanish spoken in the lobby after Members added two Spanish-speaking employees. In 2002, the credit union opened a branch in a depressed area of nearby Stamford, where 26.5% of the population is Hispanic.

MCU earned the Juntos Avanzamos designation in 2017 for the products, services, and outreach it does for its Hispanic members.

Juntos Avanzamos, Spanish for “Together We Advance,” is a designation awarded to credit unions that demonstrate their commitment to serving and empowering Hispanic and immigrant communities.

The program, which is run by Inclusiv, began in Texas in 2005 before going national 10 years later. There are now 100 Juntos Avanzamos-designated credit unions in 26 states.

To achieve the designation, credit unions must accept alternative forms of identification, such as consular documents and municipal identification. They must also provide flexible loan underwriting criteria and the ability to provide Individual Tax Identification Number loans.

In addition, the product lineup must be transparent and affordable, as well as accessible and convenient.

Participating credit unions must also have bilingual capabilities and understand the multicultural complexities of this demographic. 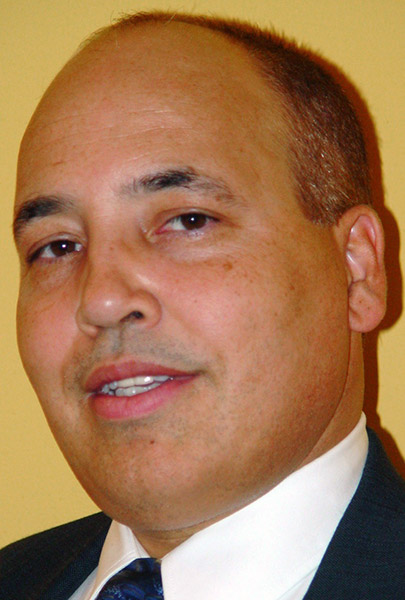 ‘You can't serve markets you can't identify with.’

Pablo DeFilippi, senior vice president of membership and network engagement for Inclusiv, says credit unions earning the designation are removing barriers that keep Hispanics outside of the financial mainstream and creating opportunities for distressed and underserved communities.

“By promoting the Juntos Avanzamos designation, we are able to provide a market-proven operational framework for service and engagement of Hispanic/Latino consumers for credit unions, and to help Latino consumers find institutions that welcome them and their business,” DeFilippi says.

“You can’t serve markets you can’t identify with,” DeFilippi says. “It’s all about opening your eyes and learning about your community and your members. Credit unions need to respond to that diversity in a way that serves the market.”

River City Federal Credit Union in San Antonio has earned the designation. Based in a city that has a majority Hispanic population makes it critical to provide trusted products and community outreach, says Jeff Ivey, CEO of the $109 million asset credit union.

“If we don’t have a strategy, our credit union is going out of business,”  he says.

“It’s important we align ourselves with the right agencies in town that help get the word out about what we do,” says Ivey. “They’re serving the financially underserved, and that’s what we’re trying to do.”

Chartier agrees that involvement in the local Hispanic community is crucial in establishing trust and demonstrating commitment.

“We have volunteered and partnered with a handful of not-for-profits that serve the Hispanic community, and they refer members to us,” says Chartier. “Becoming known in the community is key.”