The Minnesota Credit Union Network (MnCUN) developed a series of unique partnerships to market an exclusive locally crafted beer and promote the credit union difference at the Minnesota State Fair.

MnCUN used the opportunity to promote “Open Your Eyes to a Credit Union®,” part of the CUNA-led Awareness Initiative that is working to increase consumer consideration of credit unions.

Craft breweries and credit unions have much in common, says Andrea Molnau, MnCUN vice president of communication and engagement.

“We’re both local and connected to our communities,” she says. “There’s a high level of quality and service we take pride in, we are trying to reach a similar demographic, and collaboration comes naturally to both industries.” 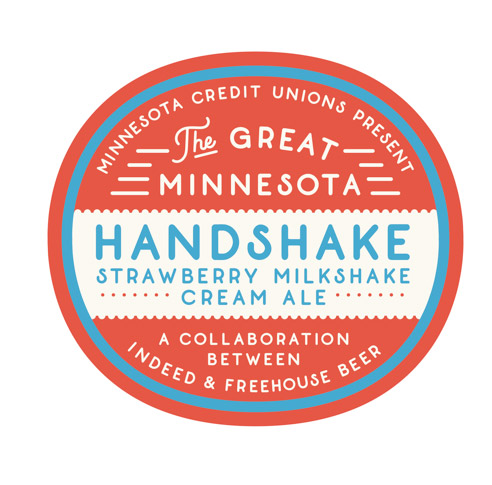 Molnau says distributing the beer at the Minnesota State Fair was a big deal.

“Just to provide some perspective, about six million people live in Minnesota, and the state fair attracts more than two million visitors in 12 days,” she says. “It is considered one of the most popular tourist destinations in the region.”

To acquire a coveted spot at the event, MnCUN also partnered with the Blue Plate Restaurant Group, which sponsors The Blue Barn, a popular venue at the fair.

MnCUN made the most of the opportunity. Promoting “Open Your Eyes” with advertising throughout the fairgrounds, as well as digital geofencing and media appearances, attracted 4.75 million impressions.

The campaign also raised $14,000 for the Minnesota Credit Union Foundation.