‘Consumer preferences, expectations, and demands are constantly changing and shifting.’

Consumers are putting a premium on convenience and ease of use when making online purchases, while making safety less of a priority, according to a new study from PSCU, a CUNA associate business member at the premier level.

The 2019 Eye on Payments study also saw an increased preference for debit cards to complete transactions, including for online channels and in-app payments, as consumers across generations appear to select budget-friendly options over building up their credit card debt. 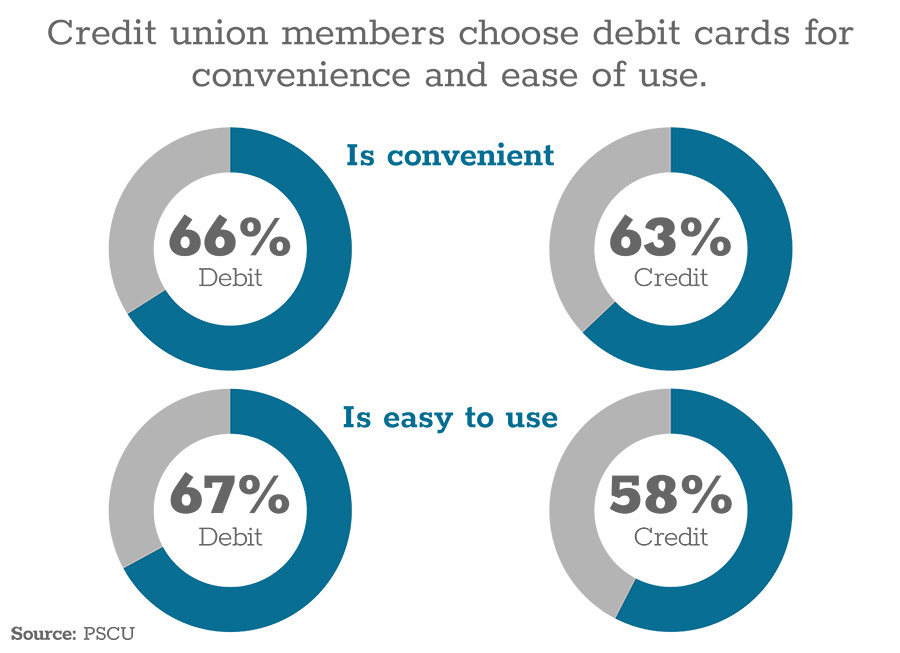 Among those who have used a contactless card, convenience, ease/speed of use, and security are the primary motivators for doing so. The primary reason consumers don;t use contactless cards is a lack of acceptance at stores they frequent.