Nonetheless, business is business and organizations must establish and follow certain ground rules, particularly in a highly regulated industry like financial services.

Enter the credit union service organization (CUSO), a structure through which credit unions can combine resources to achieve scale economies and critical mass for a variety of purposes, in the back office as well as member facing.

At the other end of the spectrum, nearly two-thirds of CUSOs are wholly owned by a single credit union. Many of these are a legacy from the days when engaging in certain businesses, such as financial planning and insurance services, required forming a separate organization (CUSO law was updated in 2001, eliminating some of these restrictions).

“It’s a lot safer for liability purposes to set up as a separate entity” if the plan is to provide services to other credit unions," explains Guy Messick, president of the law firm Messick, Lauer & Smith PC and general counsel to the National Association of Credit Union Service Organizations (NACUSO). 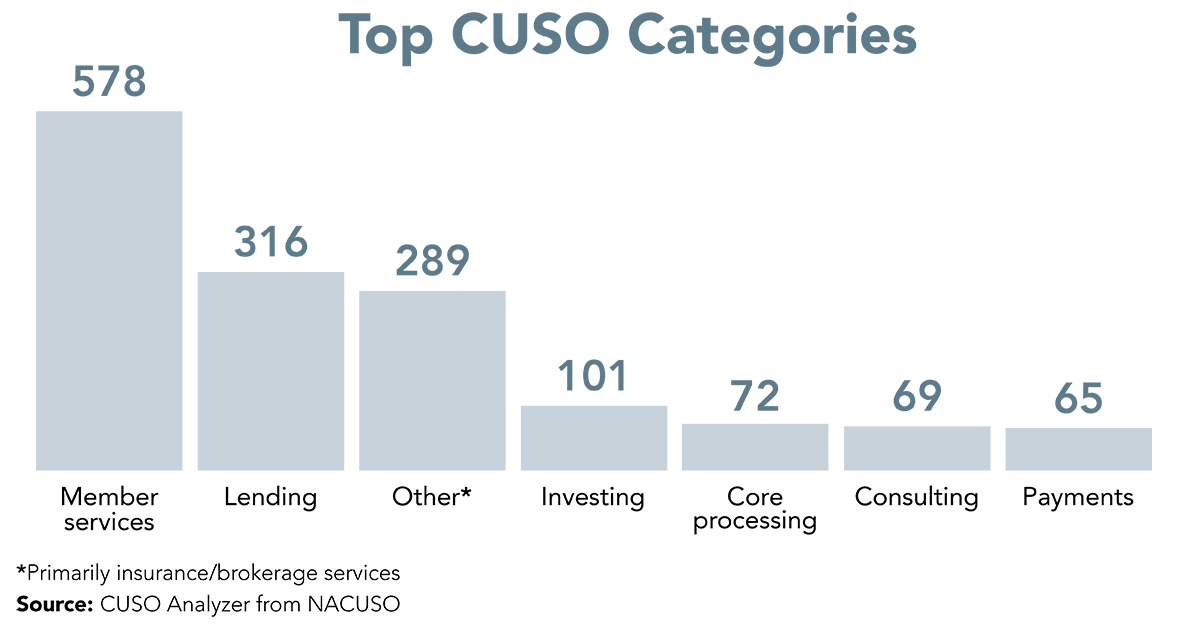 In an era of credit union consolidation, paradoxically the number of CUSOs continues to grow. NACUSO’s database shows more than 1,100 entries, up from 882 three years earlier.

Messick, affectionately dubbed the “CUSO Guru” for his extensive work in the field, reports his practice sets up “scores” of new CUSOs every year.

He says “it’s not outside the realm of possibility” that CUSOs someday will outnumber credit unions.

One driver behind this rapid growth is the ability for CUSOs to tackle many of the pressing issues confronting the credit union movement. NACUSO CEO Jack Antonini sees CUSOs as a natural barometer for hot topics.

“Whenever there’s an industry challenge, you’ll see a CUSO come together to address it,” he says, noting the recent wave of regtech startups is now being supplanted by fintech companies.

Nonetheless, his organization’s classifications show lending and member services still leading the pack as the primary functions of most CUSOs.

NEXT: A new model