Dietrich Kuhlmann’s family has a long history with the U.S. Navy.

Kuhlmann and his father both graduated from the U.S. Naval Academy and went on to serve in the Navy, while Kuhlmann’s grandfather served as a chief electrician’s mate and warrant officer in the Navy. 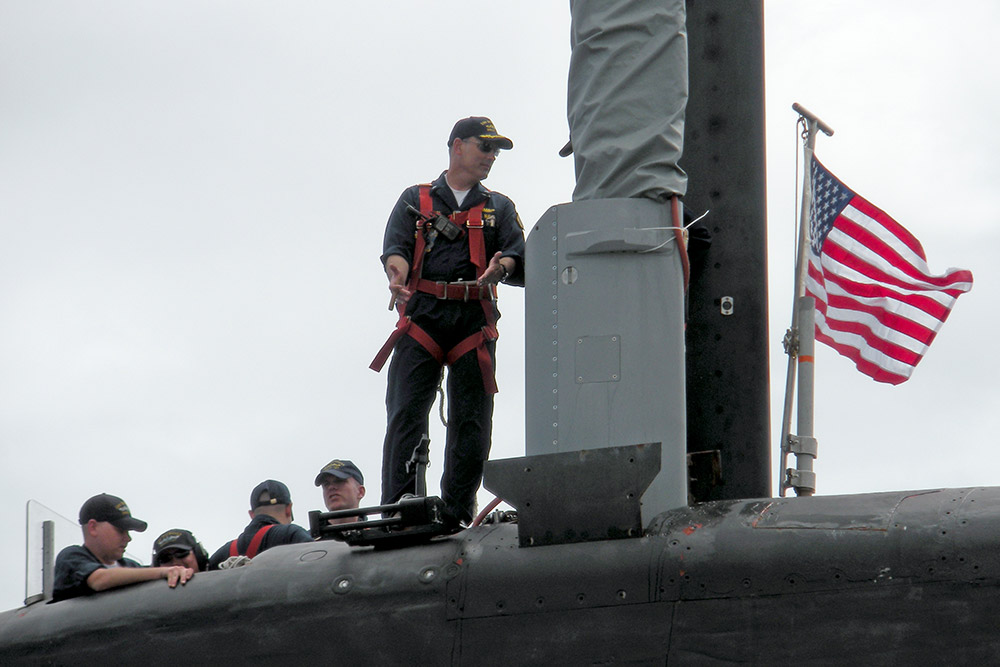 Click to enlarge. Dietrich Kuhlmann stands in the sail of the USS Michigan as the submarine pulls into port in Guam after operations in the Western Pacific in 2009.

“Serving in the Navy was not foreign to me. It’s something I had grown up with and lived with,” says Kuhlmann, who is the senior vice president of branch operations at $106 billion asset Navy Federal Credit Union in Vienna, Va. “So, going to the Naval Academy was simply a natural pick.”

While Kuhlmann initially wanted to fly, bad eyesight caused him to shift his plans and spend time at seas with talented sailors on submarines, which convinced him to become a submariner.

Throughout his 35-year career, Kuhlmann was assigned to five submarines and commanded two of them. He also took command of a submarine group—a collection of 10 to 12 subs—later in his career after he became an admiral. While his warfare specialty was submarines, Kuhlmann had a sub-specialty in financial management. He completed seven finance assignments at the Pentagon, including four on the Navy staff and three on the Joint Staff.

“I learned during my military career how essential it is to have a very clear mission focus,” says Kuhlmann, who retired from the U.S. Navy as a rear admiral in September 2018. “We always knew exactly what our mission was and were always very focused on accomplishing that mission.”

He says he also learned the importance of taking care of the people on your team and building a culture that focuses on doing the right thing.

“Everybody has to contribute to keep the operation safe, accomplish the mission, and bring everybody home safely,” he says. “It’s a team sport and everybody needs to be involved to make it happen.”

Kuhlmann says his role at Navy Federal is the “perfect balance” of being involved with those on the front lines and working behind the scenes on strategy.

“I get out there and talk to our team members at every level in the credit union, starting with our member service representatives. They’re the ones on the front lines serving our members daily. But I also spend a lot of time at our headquarters working on strategy and figuring out ways to help our team members better serve our members,” he says. “And that’s what I liked about my job in the Navy, going back and forth between the Pentagon, where we set policy, and the fleet, where you are out there executing and working with the great folks on the front lines.”