Although the nation is the midst of a record-breaking, 11-year economic expansion, government data reveals rural America faces obvious dislocations and increasing signs of decline.

It’s also clear, however, that not-for-profit credit unions have stepped in to provide these communities with capital infusions, trusted advice, and solid financial value. In return, rural families and their communities increasingly recognize and embrace the credit union difference.

According to the Census Bureau, about 97% of the nation’s land area lies within rural counties. Roughly 60 million people—almost 20% of the U.S. population—reside in these areas and roughly 1% of the population lives on farms.

These massive long-run shifts are reflected in more recent data. The changing landscape is obvious in the U.S. Department of Agriculture’s (USDA) 2018 “Rural America at a Glance” report, which paints a picture of persistently weak employment gains, weak population growth, and disproportionately high poverty rates. 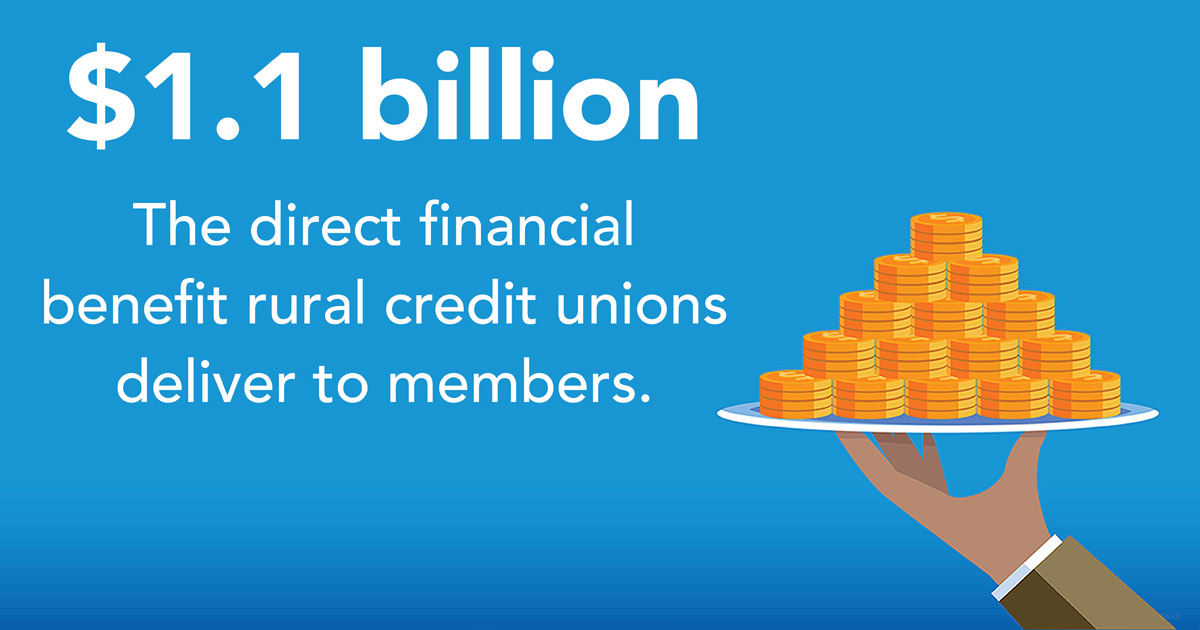 As manufacturing has become more automated, manufacturers have sought workers with more technical skills. To reduce costs, they move to be closer to transportation and communication infrastructure.

The movement of these jobs toward urban cores combined with global competition and automation led to rural areas losing nearly a quarter of their manufacturing jobs over the past 20 years—a trend that, not surprisingly, accelerated during the Great Recession.

The number of good employment opportunities in rural areas is declining and the evolution of jobs to those with lower incomes and lower benefits compels an increasing number of rural residents to migrate with the jobs to urban or suburban hubs.

The result in many areas is a substantially smaller and older population.

As a result, businesses and services may decline until they cease to operate. Government shrinks and halts services as the tax base declines.

Not surprisingly, in this context poverty rates—any way you cut them—are disproportionately high in rural areas.

In the aggregate, according to USDA analysis, roughly 16% of those who reside in rural areas now live in poverty. Today, the nation’s rural population is almost 30% more likely than those living in metro areas to be poor.

Compared with metro areas, nonmetro poverty rates are also higher across racial and ethnic groups, all family types, and all age groups.

In many of the nation’s small towns the presence of an active, engaged financial institution is critical in helping to slow and–more importantly–offset these trends.

Infusions of capital help to increase affordable housing and revitalize businesses. And loans to assist young people in advancing their education and improve their skills help to stem the tide of rural manufacturing flight.

Credit unions play a critical role in this regard.