Banks selling to credit unions offers wins for all stakeholders

Communities involved benefit through the addition of a not-for-profit financial cooperative that passes its earnings to members through lower loan rates, higher savings yields and fewer/lower fees.

Credit unions collectively delivered $14 billion in direct financial benefits to members through the third quarter of 2019, benefits that total more than $115 billion since 2007. 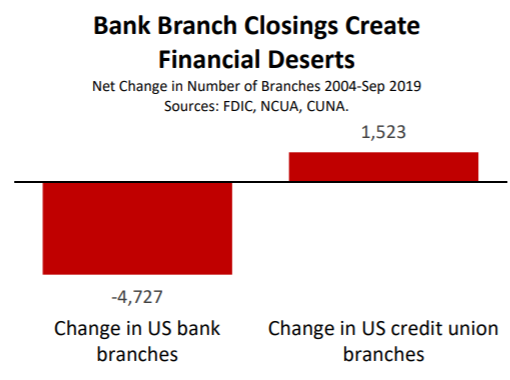 In addition, consumers routinely say credit unions are consumer-friendly, trustworthy and an overall better value than banks. Consumer Reports notes credit unions are “among the highest rated services we’ve ever evaluates, with 96% of our members highly satisfied.”

The credit union benefits by being able to grow and expand service offerings.

According to a survey conducted by CUNA sent to all bank CEOs who have sold to credit unions since 2007, 89% of respondents cited specific reasons other than price for selling to a credit union: