The Credit Union League of Connecticut has leveraged the term “financial first responders” into a media campaign that includes earned appearances in print, radio, and TV.

“It’s a term that got such a positive reaction when we first used it that I thought we should take it further,” says Bruce Adams, president/CEO. “People in credit unions are on the front lines in this battle we’re facing. They’re doing amazing things to help American consumers.”

The league created a logo and a website, and bought digital advertising space to promote the term. He also tapped the league’s young professional network to highlight the concept on social media. 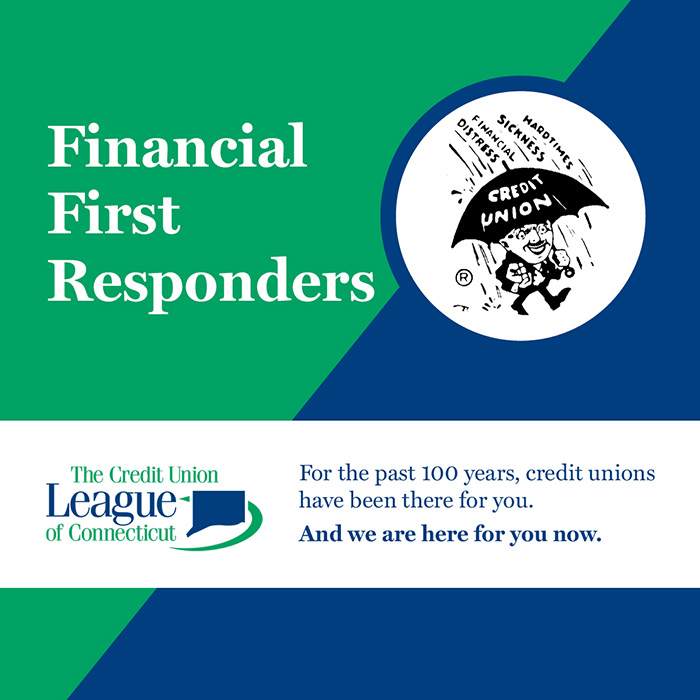 “With a staff of just seven, we have to take advantage of all available resources,” Adams says.

In the digital ads, the league promotes the message that policymakers should abstain from  placing blanket executive orders on credit unions that hamper their ability to serve consumers in their time of need.

“That meshes well with the financial first responder concept,” Adams says. “Credit unions need to have the flexibility to provide the most help to the most people over the longest period of time.”

Those efforts led to several appearances on local TV. He literally gained a seat at the table when Connecticut Governor Ned Lamont announced a mortgage relief program.

Adams also published a joint op-ed in the Hartford Courant informing consumers that their money was safe in Connecticut financial institutions.

Adams says these efforts are part of the league’s job to highlight the work credit unions are doing in their communities.

“It can take a long time to put some programs in place on a national level, but credit unions immediately leapt into action just like they were born to do,” Adams says. “It’s a story that more people should know about.”