The ABCs of crisis management

Navigate uncharted waters with liquidity management, business lending, and use of capital.

As not-for-profit, member-owned cooperatives, credit unions view capital as something akin to a “war chest” built up over time to help members battle severe economic strain. It’s seen as a valuable tool.

This perspective sets credit unions apart in the marketplace. Banks exist to maximize shareholder value. Their focus during tough times is squarely on defending (not using) capital.

The credit union approach to capital management has its limits, especially in the context of regulatory minimum capital requirements.

NCUA has distributed interagency guidance indicating flexibility in applying PCA to credit unions serving members during the current crisis. But credit union managers have concerns about the agency’s patience and uneven interpretation among examiners.

A focus on capital—a sense of its durability, a plan for its use, examination of scenarios, and clear communication and documentation—is crucial as we face economic challenges.

CUNA prepared a simple capital planning calculator to help estimate and evaluate your credit union’s likely financial stress and resilience during the COVID-19 crisis. You can access the calculator at cuna.org/economics.

As a starting point, this simple model looks at your credit union’s historical experiences through the lens of the Great Recession. Evaluating this experience can help you make reasonable assumptions about expectations during the COVID-19 crisis. The model summarizes the relationships between asset growth, earnings, and capital.

Thinking about reasonable assumptions for the capital calculator can be challenging, especially now. A variety of factors outside of your control will drive asset growth rates, and for most of these factors we have little in the way of historical context.

The economy had begun to slow, and members focused more on slowing their borrowing and increasing their savings.

In April, massive fiscal stimulus caused deposits to grow significantly. Will they be sticky or will consumers spend those funds? The answer to that question will greatly influence overall growth for the year. 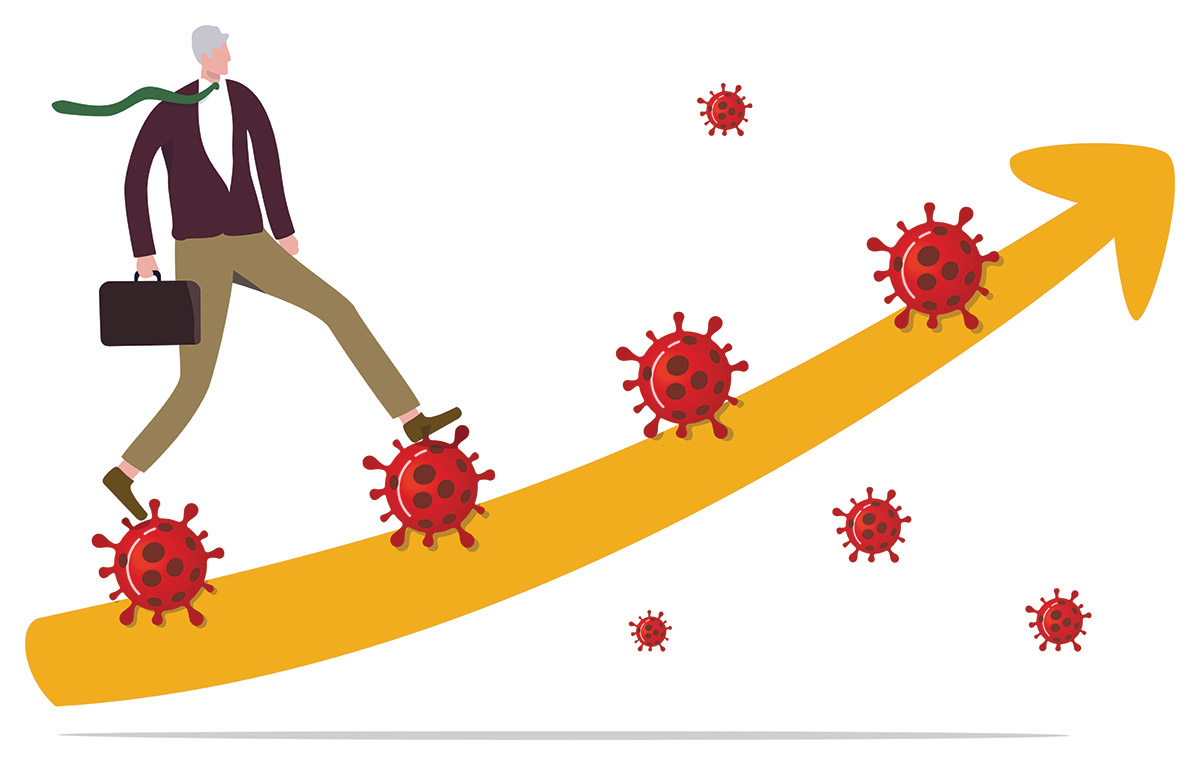 In addition, the extended tax filing deadline may give rise to unusually fast growth that extends well into the second quarter and perhaps the third quarter. As the crisis passes, members may concentrate on building (or rebuilding) rainy-day funds.

Higher levels of precautionary savings and associated fast asset growth may be the new world order. In a similar vein, earnings will be severely constrained. Many credit unions are building allowance accounts.

At the end of 2019, the typical credit union reported allowance account balances equal to 1.6 times full-year 2019 net charge-offs. That will most definitely change going forward.

Courtesy pay and nonsufficient funds (NSF) fee income has plummeted because consumers aren’t spending much (leading to fewer fees) and because institutions are waiving most NSF fees.

Interchange income has fallen as consumer spending eased. And net interest margins are under severe pressure mostly due to the combination of near 0% interest rates and low loan demand with fast growth in low-yielding investments.

Interest rates will play a key role going forward. CUNA economists expect market interest rates across the yield curve to remain low throughout the remainder of our 18-month forecast horizon. But they could go lower. And the Fed could push the federal funds interest rate into negative territory.

Low interest rates typically are associated with weak or disrupted economies and periods of high unemployment. Consumers tend to save more and spend less during these periods.

Lowering rates is the primary way central bankers attempt to nudge consumers and get the economy back on track.

Negative market interest rates can stimulate the economy by lowering the rates commercial banks charge on loans. They can also encourage savers to switch to riskier assets and/or to spend rather than save.

Developed countries that have adopted negative nominal interest rates have generally seen banks lower loan interest rates but have not experienced a decrease in retail deposit rates below 0%.

The effectiveness of this varied widely, although negative rates generally were much less powerful than rate cuts of similar magnitude when rates remained positive.

For credit unions, the initial impact of a negative federal funds rate most likely would be to increase profitability because net interest margins would increase as rates on deposits fell faster than average loan rates.

If depositories here collectively behaved as they did in Europe and Japan—lowering deposit rates only to 0%—then loan and investment yields could decline more than deposit prices, which would reduce net interest income.

In that same economic environment, those net interest income declines might be partially offset by rising noninterest income as NSF, courtesy pay, and late fees increase.

All of this underlines the critical need to think about scenarios. Varying both asset growth and earnings to gauge comfort with the likely path of your capital ratio is a good idea.

Having an informed opinion about your willingness and your ability to engage with members in impactful ways will be crucial in the coming months.

This article appeared in the summer issue of Credit Union Magazine. Interested in subscribing? Visit news.cuna.org/subscribe.