Leaders must navigate the uncertainty and difficulty our current circumstances have created.

While the coronavirus (COVID-19) pandemic clearly is a crisis requiring a leadership response, some crises aren’t as obvious.

“When you walk into your office, you have to remember that people have their own crises,” says Thomas Kolditz, a retired brigadier general and executive director of the Doerr Institute for New Leaders at Rice University.

He says it’s important for leaders to “navigate the uncertainty and difficulty that our current circumstances have created.”

1. Inherent motivation. People often look to leaders for motivation, but that’s not necessarily the case during a crisis, Kolditz says.

“When people are in a dangerous context or crisis, they’re already motivated,” he says. “They’re excited and concerned. As a result, the leader doesn’t have to be a motivator when people are afraid. The leader’s role is to calm people down and put people at ease.”

2. Learning with an outward orientation. During a crisis, uncertainty and fear often lie within the outside environment. Because focus and emotions are controlled by different parts of the brain, if you focus intently on a task, you won’t feel emotions.

“Task focus attenuates emotions. It blunts them,” Kolditz says. “When you’re under pressure and you’re focused on what’s going on, you can solve problems you couldn’t solve before, and so can your people.”

‘The leader doesn’t have to be a motivator when people are afraid. The leader’s role is to calm people down.’
Thomas Kolditz

3. Shared risk. “When people feel threatened, they tend to trust leaders who are in the same circumstances; who are also threatened and have skin in the game,” Kolditz says.

People need to understand the threats apply to everyone at the organization and that leaders are not immune to those threats, he says. Leaders must demonstrate to employees that they face the same level of risk.

4. Common lifestyle. People need to identify closely with their leaders when they’re under the threat of a crisis. They want their leaders to be “like them,” Kolditz says.

To do this, leaders should be more personal and more engaged.

“People don’t want to see their leaders taking advantage of their position when others are living a far different lifestyle,” he says. 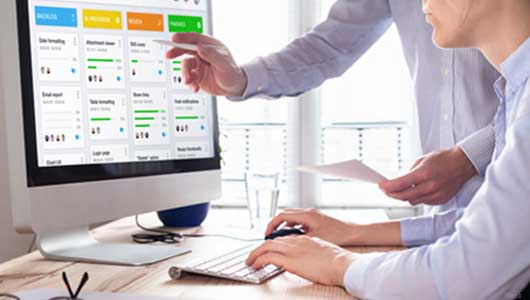 But that loyalty and trust disappears when a crisis hits. Employees will look to their leaders to see if they’re competent at leading them through the situation.

“Let people see you work,” Kolditz says. “The challenge with many crises is that leaders tend to not interact with people enough. Let them see you make decisions.”