“The common denominator of all these concerns is economic empowerment,” he says. That involves helping people manage their money, create intergenerational wealth, and be good financial consumers.

‘Standing out begins by moving staff forward and not leaving anyone behind.’
Maurice Smith

Smith says Local Government Federal considers DEI both a moral and ethical imperative and a smart and strategic issue.

“How do we stand out in a commodity world? We want every employee and every member to be their very best,” he says. “That begins by moving our staff forward and not leaving anyone behind.”

NCUA Chairman Rodney Hood reiterated his stance that financial inclusion is the civil rights issue of our generation.

“When I look at COVID-19 and how communities of color have been disproportionately impacted, on top of what happened with the tragic murder George Floyd, we are seeing a lot of these issues bubble to the top,” he says. “A lot of that stems from lack of access to financial services.” 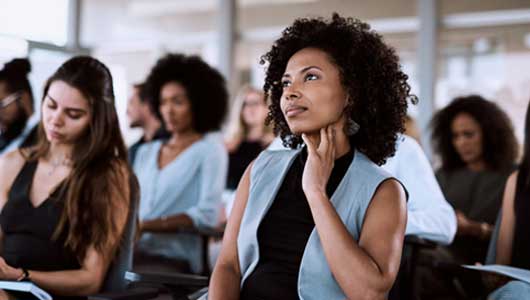 In the months ahead, Hood would like NCUA to host a summit with credit union leaders to improve access to capital for minority depository institutions (MDI), including the creation of de novo MDIs.