Economists say it will take three years to gain back jobs lost during the pandemic.

According to a Wall Street Journal Economic Forecasting Survey, 68.5% of economists believe the economic recovery will be a “Nike Swoosh” shape featuring a sharp initial drop and a gradual recovery.

About 20 million jobs were lost during the coronavirus (COVID-19) pandemic. When half of those jobs were recovered quickly, many economists  believed  a  recovery would occur within one year. 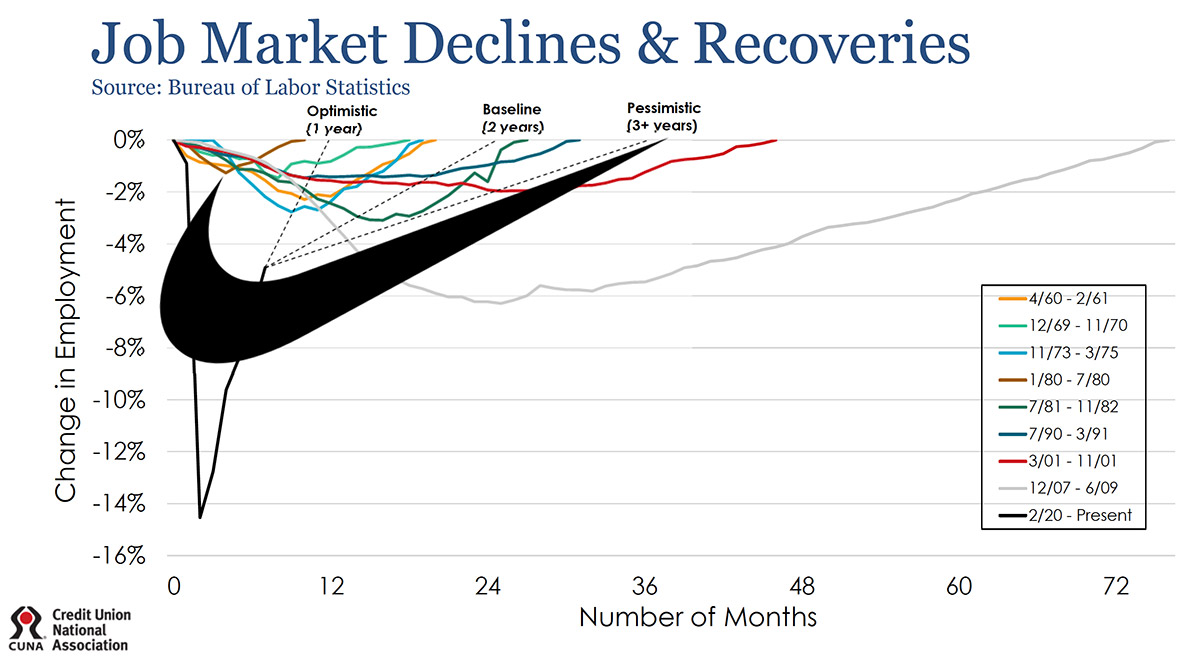 But that  looks unlikely as more temporary job losses are becoming permanent. It now appears it will  take about three years to fully recover those jobs, says CUNA Senior Economist Jordan van Rijn, who gave an economic update during the CUNA Strategic Planning Virtual Roundtable.

“That’s good and bad,” van Rijn says. “The bad news is that we’re going to be in this for a while with elevated unemployment rates. The good news is that if this hold true, it would be a faster recovery than the 2001 and 2007 recessions.”