Lessons from the Air Force are beneficial for Adriene Duncan.

While her six brothers and older sister all served in the military, Adriene Duncan always said she wouldn’t don a uniform.

That changed when she was 22.

Duncan joined the U.S. Air Force in February 1992. When listing her choices for areas of service, Duncan wanted to be placed in the administration field. But she had heard first choices were rarely granted, so she selected postal as her top choice and listed administrator as her third.

“They ended up giving me postal, which is the last thing I wanted because I didn’t want to travel overseas,” says Duncan, relationship manager for $819 million asset 1st Advantage Federal Credit Union in Yorktown, Va. “But it ended up being very beneficial for me.”

During her nearly nine years in the Air Force, Duncan was stationed in Japan, Korea, and England. 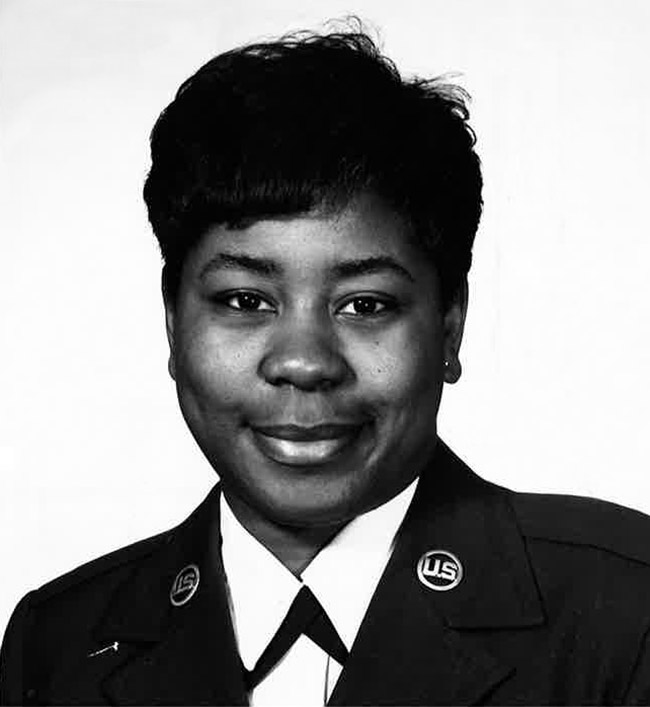 She started off as a postal worker and then worked in the claims and directory departments. She ended her Air Force career as the custodian of postal effects while stationed at RAF Mildenhall in England, a position that helped her when she decided to join the financial services industry after finishing her military service in August 2000.

As custodian of postal effects, Duncan made bank deposits and ordered and issued cash, stamps, and money orders. She was also responsible for auditing and supervising the teller line.

“The Post Office, funnily enough, is set up sort of like a credit union,” says Duncan, who achieved the rank of E-5 staff sergeant.

Serving in the Air Force and working in the Post Office not only taught Duncan how to “work smarter, not harder,” but also the importance of morale, camaraderie, and teamwork. The postal team was a small squadron, so Duncan would often meet up with people she worked with when traveling to other bases for assignments.

She took the lessons of teamwork, family, and motivation that she learned in the military and put them into action at 1st Advantage Federal.

“We’re a family,” she says. “When new people come, I say, 'You are not allowed to take off your shoes because we do not know you yet. But once you get to be family, then you are able to take your shoes off.' We’re all able to let our hair down.”