Terry Williams found a calling in logistics with the Marine Corps.

A look between two officer recruiters was all it took.

A student at UCLA, Terry Williams was walking through campus when he passed the two Marine Corps recruiters. As Williams walked by, he made eye contact with the men, who looked at each other and said, “Nope.”

It was enough to make Williams stop.

“I said, ‘Wait a minute, I don’t even know you guys,’” says Williams, senior vice president of global fixed assets at $26 billion asset PenFed Credit Union in Tysons, Va. “And they said, ‘We don’t think you’ve got what it takes.’ They got me. They hooked me.” 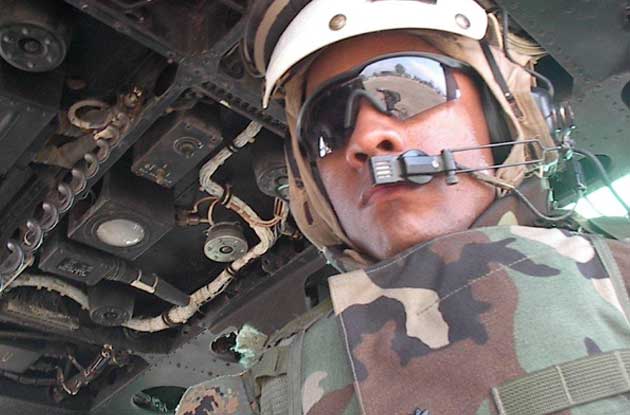 Click to enlarge. Terry Williams retired as a brigadier general from the Marine Corps in 2019 after 32 years of service.

Williams joined the Marine Corps in 1987 as an engineer, and during his career commanded at all levels and led organizations as large as 7,000 personnel. While a colonel, he was a base commander at Marine Corps Logistics Base Albany in Georgia.

While a general officer, Williams served as director of public affairs, commanding general of the Marine Corps Recruit District Parris Island and the Eastern Recruiting District, director of logistics and strategic mobility, and director of plans and strategy as his last tour on active duty.

During his career, Williams also participated in conflicts and contingencies throughout the world. He was deployed to Florida in the aftermath of Hurricane Andrew in 1992, East Timor in 1999 as a support trainer educator for the Australian armed forces, and Haiti following the unrest that followed the resignation and departure of former Haitian President Aristide in 2004.

‘It’s the absolute selflessness of these volunteers who have given up a lot to put themselves in harm’s way to preserve our freedoms.’
Terry Williams

Williams deployed to Iraq in 2005 as an engineer battalion commander and Afghanistan from 2007-2008 as part of the International Security Assistance Force as the chief for NATO’s Afghan Training and Equipment Support.

He also served from 2017-2018 as the chief of logistics for NATO’s Operation Resolute Support and later as the commander of Bagram Airfield in Afghanistan.

When looking back at his career, it’s the people that Williams worked alongside that stick out in his memory. He cites examples of watching a crew of Marines cut the top off a hill to build a road and a clinic in Panama, and the Marines he served with while deployed to war zones in Iraq and Afghanistan.

“You get to work with some phenomenal men and women from the United States who are doing phenomenal things,” Williams says. “It’s the absolute selflessness of these volunteers who have given up a lot to put themselves in harm’s way to preserve our freedoms.”

He retired as a brigadier general from the Marines in July 2019 after 32 years of service.