Home » Synthetic ID fraud: What you need to know
Operations

Synthetic ID fraud: What you need to know

Under-the-radar criminals can pose a large risk for the credit unions they are trying to dupe.

Synthetic identity (ID) fraud is on the rise, and it’s costing financial institutions billions of dollars a year.

With the uptick in digital transactions brought on by the pandemic, credit unions face heightened fraud risks as we continue into 2021. Now is the time for credit unions to implement innovative solutions to protect themselves against sophisticated fraudsters.

Synthetic ID fraud is a specific type of fraud that many are less familiar with largely because it’s relatively new and continuously evolving.

Synthetic ID fraud took hold in 2011 with the shift to randomized, instead of chronological, Social Security numbers. The new system made it difficult to detect synthetic IDs and opened the floodgates for creating fake identities.

For example, a fraudster might steal a real Social Security number from one person, a real name from another, and pair these with a fake address. Voila! A fictitious identity has been created.

These under-the-radar criminals can pose a large risk for the credit unions they are trying to dupe.

For credit unions to get to the heart of the synthetic ID problem, it’s critical to understand that the growth rate for this type of fraud is rooted in how it’s created.

Two of the most common ways synthetic IDs are established:

1. Getting added as an authorized user to an existing credit card.

2. Successfully opening a direct deposit or passbook savings account where there isn’t an associated loan or line of credit and perhaps a less rigorous identity authentication done by the financial institution.

Since the potential losses for checking or savings accounts are typically seen as both less likely and smaller in size compared to credit accounts, lenders often try to make the account opening process as seamless as possible.

But with synthetic IDs, the risk isn’t just with the first account opened. Fraudsters use these new accounts to build and nurture a trusted relationship with the credit union, establishing the fake identity as a “valued member.”

With their reputation in place, a fraudster can then accept offers or apply for significant lines of credit with the ultimate plan of busting out—leaving the credit union with substantial losses and no real person from which to recuperate the stolen funds.

Fighting this type of fraud can be laborious, especially for organizations with finite resources. But it’s not impossible with effective solutions that are now available.

One of the most important steps in fighting synthetic ID fraud is detecting it early, which decreases the risk of long-term fraud losses.

Credit unions should consider taking extra verification steps during the account opening process, even for checking accounts, as a preventative measure to minimize synthetic ID creation, as well as associated fraud losses in the future. 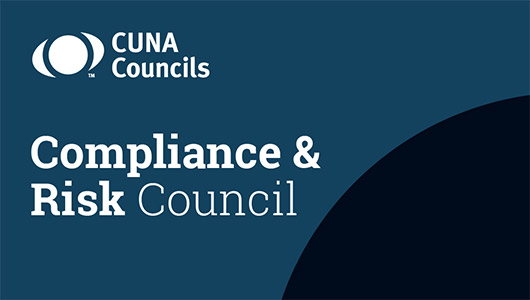 This can include multi-layered verification processes with hard-to-steal information and increased identity authentication that goes beyond traditional methods, such as birth dates and Social Security number checks.

It’s a good practice to layer in behavior-based verification and other digital signals, such as information about the device a consumer is logging in from.

With the newest industry solutions, these preventative measures can often be achieved passively without introducing new customer friction while still providing an additional layer of protection and confidence for the credit union.

That’s a win-win for everyone involved.

As the fastest-growing type of ID fraud, synthetic ID fraud will continue to evolve as fraudsters attempt to outsmart vulnerable financial institutions and credit unions.

While it’s showing no signs of slowing down, credit unions will need to stay vigilant in the fight against synthetic ID fraud.