Home » DeFi: A buzzword with a bite?
Technology

DeFi: A buzzword with a bite?

In a recent article about cryptocurrency, I mentioned its suddenly fashionable and equally perplexing cousin, decentralized finance.

DeFi, as the cool kids call it, has become a hot enough topic to snag the cover story in the September issue of Fortune. One thing you’ll be hard pressed to find, however, is a succinct definition of DeFi.

I’ll attempt to provide a basic overview (I don’t believe an authoritative definition exists), a few examples, pros and cons, and areas credit unions should monitor for threats as well as opportunities.

“Decentralized” is the key word here. Like cryptocurrency, which crowdsources computing power from a potentially limitless number of endpoints to maintain its distributed ledger, DeFi’s goal is to upend the traditional model of reliance on a central hub of operations.

In financial services, of course, that hub is the bank or credit union.

In this regard cryptocurrencies like Bitcoin are a subset of DeFi, one application of this new model made possible by blockchain technology.

What other financial services might become the next forays? Consider deposit gathering and lending—two of the foundational activities on which credit unions are built.

PoolTogether is an app offering what it describes as a “prize-linked savings account.”

Customers deposit funds and rather than earn a few pennies of interest each cycle, receive a chance to pocket hundreds or thousands of dollars awarded to a small minority of customers each week.

The site refers to its model as “no-loss prize games on the Ethereum blockchain.”

Is it risk-free? Of course not—there’s no deposit insurance to provide a backstop. And because deposits are denominated in the cryptocurrency ether, the account holder bears exchange rate risk.

A rising tide lifts all boats in an up market—the value of ether has more than quadrupled this year—but things aren’t as rosy when the pendulum swings the other way.

Ether is down more than 20% from its May high and fell by more than half on two occasions—hardly the type of stability a traditional saver seeks.

It may sound wild, but PoolTogether has drawn more than $150 million in deposits with limited promotion.

On the lending side, Compound Finance has attracted capital from leading investors like Bain Capital and Andreessen Horowitz.

Its platform enables peer-to-peer lending in a wide array of cryptocurrencies, essentially functioning as a marketplace matching buyers (borrowers) and sellers (lenders/depositors), cutting the financial institution middleman out of the equation.

Compound Finance has the equivalent of more than $8 billion in loans outstanding on behalf of its depositors, who have more than $18 billion on account.

PoolTogether and Compound Finance, as well as nearly all DeFi companies, conduct their transactions in cryptocurrency. There’s nothing preventing the same approach from being applied to dollars, however, transferred between participants via automated clearinghouse—essentially what PayPal has been doing for 20 years.

It wouldn’t be as sexy an offering, particularly for the crypto-centric early adopters that presumably comprise the bulk of today’s volume. But it would provide a degree of stability (albeit uninsured stability) likely to appeal to a broader market.

Although DeFi seems several years away from taking a significant bite out of traditional banking, such models are often one clever innovation away from an inflection point.

Credit unions would, therefore, be wise to watch for signs of member transactions involving DeFi players and stand prepared to educate them on the risks involved (e.g., the absence of NCUA insurance).

Given how closely DeFi startups often resemble financial institutions, credit unions should consider how to ensure an even playing field.

Finally, think about how credit unions might deploy a similar model in support of their “people helping people” mission. 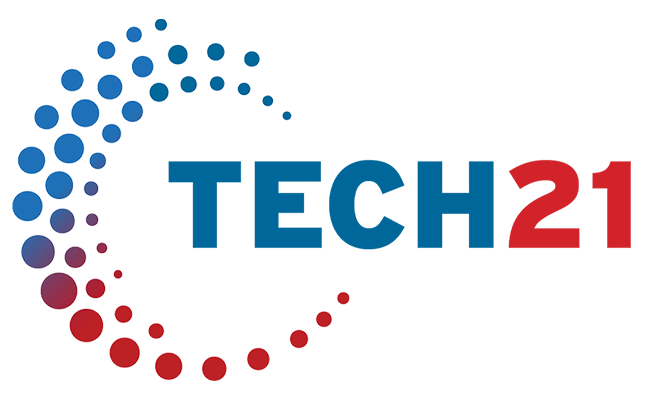 This article is part of Tech21, CUNA News’ special focus on innovations and developments in technology. Search for the hashtag #Tech21 to follow the conversation on Twitter.