Greg Ransaw spent 32 years in the U.S. Army, but it was basketball that led him to his military career.

“I never wanted to be in the military,” says Ransaw, manager, Fort Hood (Texas) Financial Center for $27.3 billion asset PenFed Credit Union in Tysons, Va. “It was unplanned; something that just happened.”

He wanted to be a professional basketball player. Ransaw was a four-year starter at Grand View University in Des Moines, Iowa, and played in the NBA Summer League after graduating.

Realizing the NBA wasn’t in his future, Ransaw set his sights on playing basketball overseas and saw the military as an opportunity to find his way on a professional team.

He joined the U.S. Army in 1983 and his first assignment was in Baumholder, Germany, where he played basketball against the German National Team that represented Germany in the Pan Am Games in 1985.

“That was my big break. Needless to say, I played my worst game,” Ransaw says. “So that dream started going down a little bit.”

Ransaw turned his attention to his military career.

He served two tours at Yongsan Military Base in Seoul, South Korea, from 1992 to 1995 and 1999 to 2004 before he worked with Defense Finance Accounting Services in Indianapolis, taking care of soldiers’ pay and giving financial counseling guidance.

“This is where every finance soldier desires to work,” Ransaw says.

He also spent time at Fort Shafter in Hawaii, where he served at a four-star command and saw “how the military all comes together” before finishing his career as the command sergeant major of the 230th Finance Battalion at Fort Hood in Texas.

“We had 500 geographically dispersed soldiers under our command,” says Ransaw, who retired from the Army in 2015. “It gave me an opportunity to sharpen and shape my skills at developing leaders into what they become.”

Ransaw’s Army career taught him the importance of leadership, values, and teamwork. He’s known at PenFed as “EDI Greg” because he’s excited about being a member of the PenFed family and its collaborative culture.

He’s passionate about supporting the communities where PenFed employees live and serve.

“PenFed afforded me the opportunity to continue to serve and help family members,” Ransaw says. “That’s what I’ve done my whole career—take care of soldiers and their families. I do it with a passion and I love it.” 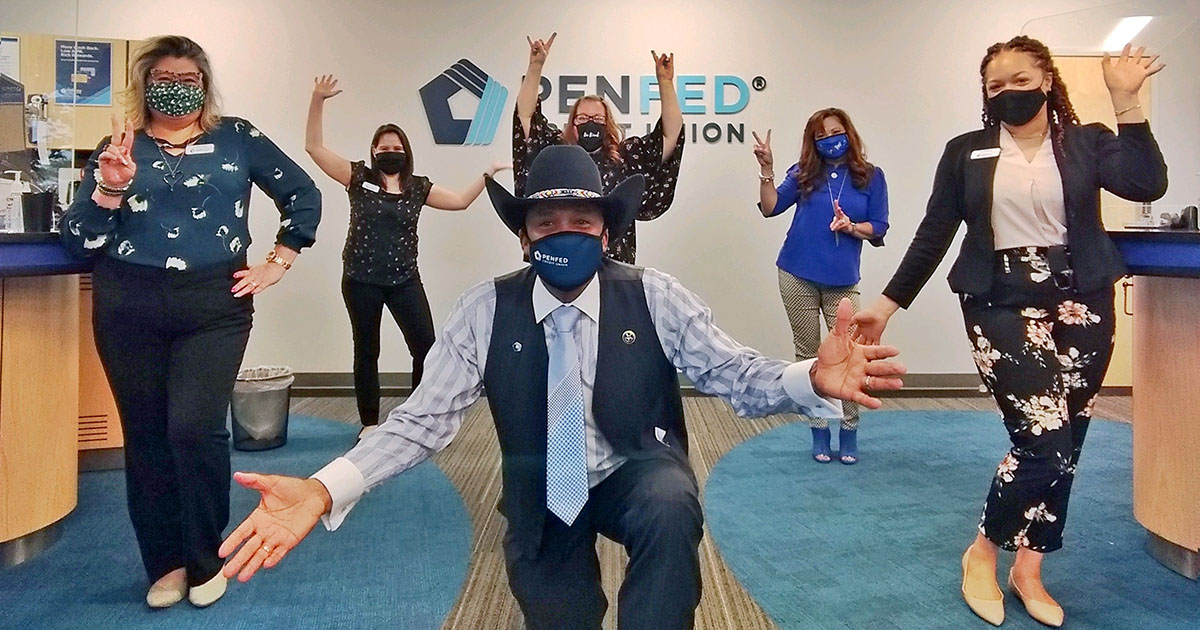