Stories from the White House

CUNA President/CEO Jim Nussle—himself a veteran of the White House as director of the Office of Management and Budget under President George W. Bush—moderated a discussion between the two.

For McLarty, being named White House chief of staff was a radical departure from the career he built in Arkansas energy, but his kindergarten classmate and friend—who also happened to be the president-elect—made him an offer he couldn’t refuse. 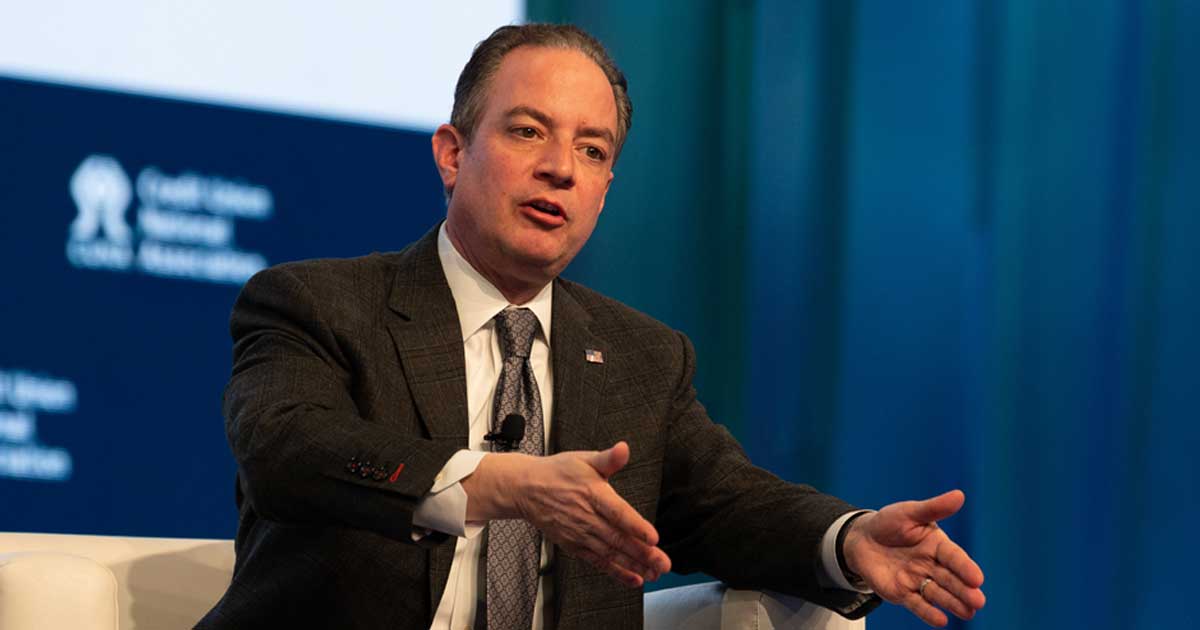 Priebus’ journey also started with lifelong friend with political aspirations—in his case former Wisconsin Gov. Scott Walker and former Speaker of the House Paul Ryan. His political interest started in high school, and he pursued it throughout the rest of his educational and professional career.

Both men served as the first chief of staff for an incoming administration, which comes with its own challenges, primarily hitting the ground running when it comes to running a government.

“I went down to my office down the hall from the Oval Office, and there was nothing but a Bible verse on the table, left by Denis McDonough, and a password for the computer,” Priebus said. “That’s it. No lessons, nothing. You’re running the federal government, you’re the White House chief of staff, and it’s day one.”

Priebus added the role of White House chief of staff encompasses a lot. 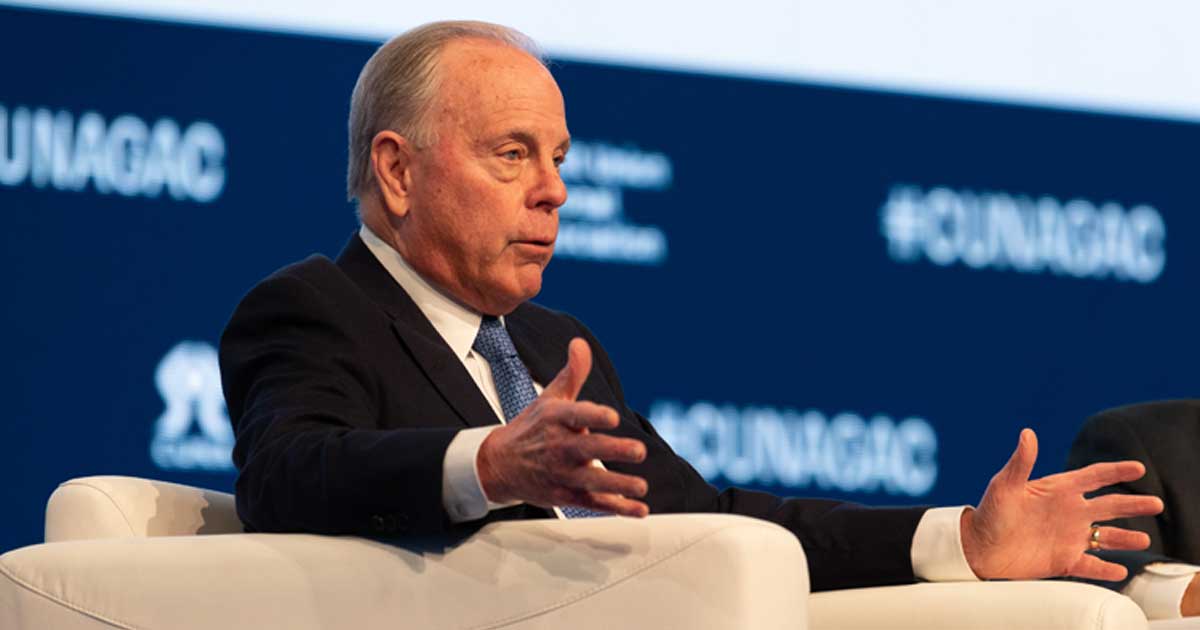 McLarty said he considered one of his chief responsibilities to stay grounded, remember the mission, and keep focused on the goal at hand.

“Part of any effective diplomacy is just human relationships. You have to have some measure of a relationship—hopefully a friendship but certainly respect and trust—and that takes some time to build,” he said.

Both men, despite being heavily involved in opposing political parties for most of their lives, left the audience with a call for bipartisanship.

“When we put the idea of America on the line, I would venture that everyone of us would step up to the plate and lock arms, and none of us would worry if we’re Republican or Democrat,” Priebus said.

McLarty urged attendees to look beyond divisions, especially since credit unions are dedicated to helping people from all walks of life.

“If you look at national challenges, whether hurricanes, or floods, and you look at ordinary men and women, coming together to help their neighbors, no one is asking, ‘Are you liberal or conservative?’” McLarty said. “People just come together in the best way to truly help their neighbor. That’s America at its best, and that’s who we really are. And that’s who you deal with every day as you help people build their lives.”