‘Get Lit with FirstLight’ takes a fun approach to financial education.

Sidney Alvarez is a career storyteller.

Now, the FirstLight Federal Credit Union creative strategist and storyteller is sharing some of those stories on “Get Lit with FirstLight,” teaming up with Marketing Coordinator Paulette Murguia to host the bilingual financial education podcast.

“We wanted a platform that would allow us to dive deeper into particular subject matters,” says Alvarez, who joined the $1.4 billion asset credit union in El Paso, Texas, in April 2021. “We don't act like we're experts. We ask the questions everybody else wants to ask in a way that is conversational and real.”

Alvarez says the podcast, which launched Jan. 20, aims to connect with the city’s uniqueness. The area is highly bilingual, which is why Alvarez speaks English and Murguia speaks Spanish during each episode. They ask guests ahead of time whether they’re bilingual or comfortable with English and Spanish.

“El Paso and our sister city, Juárez (Mexico), are a genuine community. One cannot survive without the other,” says Alvarez, who is from El Paso while Murguia is from Juárez. “Speaking Spanish and English in the same sentence is common. It’s something that is unique to us. You can drive down the street and see one billboard in English and another in Spanish.

“We want to build on that,” he continues. “People thought, ‘Hey, that’s pretty cool. You’re really recognizing the demographic here and what’s happening in El Paso.’”

‘We make it fun, but the conversations and subjects are serious.’
Sidney Alveraz

The goal of the show is simple: educate El Pasoans about money matters. Every demographic can benefit from financial education, although Alvarez says Get Lit focuses significantly on El Paso’s young demographic still learning to save.

He cites a study that found the average U.S. consumer worries about money six times per day.

“That’s 42 times a week, 168 times a month, and 2,016 times a year that you're worrying about money,” Alvarez says. “El Paso is a welcoming community, but some people here live paycheck to paycheck. So, we wanted to create a show that entertains and educates you.”

The topic for the first episode: “Do you go Dutch on a date to save money?"

Alvarez says a title like that lets listeners know it’s not the traditional financial literacy podcast. But the entertaining topic shares useful details about credit scores and credit rebuilding. 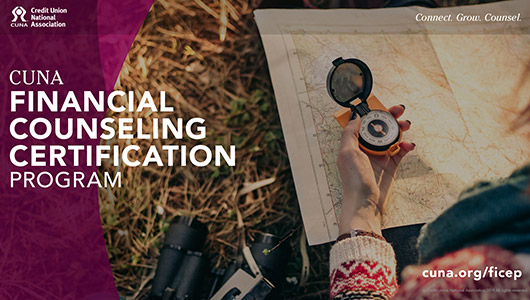 The show is currently monthly, with plans to progress to biweekly and weekly by the end of the year. It will cover topics such as home ownership, budgeting, and saving.

Alvarez says the early feedback has been positive.

“People think of their financial institution as very traditional,” he says. “When they heard ‘Get Lit,’ it immediately raised eyebrows: ‘What are you talking about?’

“When they understood ‘lit’ is short for literacy, they got it and they saw how the show was put together, that it's conversational and real. We designed this to help people. We make it fun, but the conversations and subjects are serious.”