Ascend Federal Credit Union in Tullahoma, Tenn., has been honored for its training programs by the APEX Awards for eight consecutive years.

It’s no accident that the $3.3 billion asset credit union consistently finds itself on a list that recognizes top learning organizations with the most successful employee-sponsored training and development programs.

“Ascend's brand promise is to educate and help our members become effective financial stewards,” says Renee Crosslin, vice president of talent development and culture. “Everything we do is centered around that: preparing those who will ultimately serve our members. People get a charge from development and from knowing they’re being invested in.”

Four trainers are dedicated solely to classroom training. There is also a sales and service trainer, a trainer devoted to system enhancements and implementations, an engagement coordinator for employee events, and a training coordinator that handles administrative work.

‘“Constantly look for ways to enhance and develop your programs so employees walk away with a better grasp on the material.’
Jessica Helton

Crosslin estimates that about 10% of Ascend’s employee base participates in training every month, while some months see higher activity than others. The focus on training has resulted in Ascend consistently seeing an internal promotion rate over 50%.

Helton is a veteran of Ascend’s training culture. The 13-year Ascend employee began as a teller and held several positions before taking on the role of training manager.

“That's what attracted me to the company,” she says. “Day one of my onboarding and orientation, I saw that the credit union invests in the employees who ultimately serve our members. It's an opportunity for employees to advance and to make an impact in the community.” 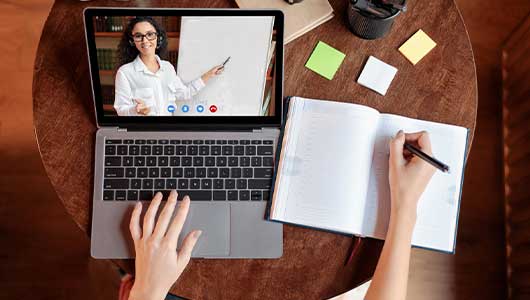 The credit union offers in-person classroom settings as well as virtual training such as online modules and webinars. It works to ensure employees truly take something away from their training.

Staff feedback can lead to valuable changes, Helton says. The credit union is currently evaluating its loan training to address gaps in that program and make improvements.