Annual celebration and organizations such as CU Pride create a sense of safety and inclusion.

Richard Cooper recalls how as a young executive and a closeted gay man in the 1970s he was outed while working at a credit union in Alaska and feared his job was in danger at the conservative institution.

Cooper appealed to a friend in Southern California, where within weeks he found work at another credit union.

Fast forward to 2022, when Cooper is on his “third post-retirement” credit union job. As executive vice president and chief lending officer at $180 million asset Santa Cruz (Calif.) Community Credit Union, which provides benefits for him and his long-term partner.

Among other groups, the credit union serves The Diversity Center, an LGBTQ+ organization Cooper is involved with.

His credit union colleagues and supporters will celebrate Pride Month during June through CU Pride, the LGBTQ+ association for credit unions.

The organization provides a space where credit union LGBTQ+ colleagues and allies can come together for discussion and education, and to “celebrate the differences in who we are,” says Ari Farrell, senior specialty deposit group analyst at $1.6 billion asset Northwest Community Credit Union in Eugene, Ore.

“CU Pride has provided a lot of spirit and cohesion to our community,” Farrell says.

But Farrell laments that not everyone feels safe identifying themselves as LGBTQ+, especially in light of recent political legislation.

“There are still people today who don’t feel included or like they belong,” Farrell says. “They feel they can’t openly say or be who they are, who their partners are, or what their family dynamic looks like.” 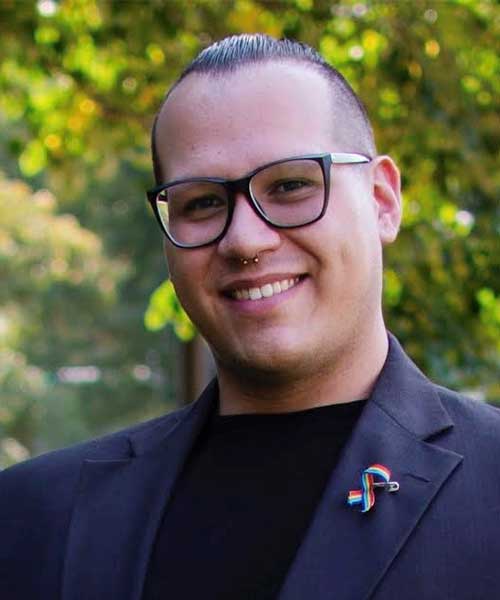 ‘No person should feel alone for being who they are.’

At the same time Pride Month is a reminder that it takes courage and support to come out in a world that isn’t always accepting. The simple act of being yourself can be an inspiration to others, according to Dan Marquez, CUDE, a conversion strategist at Corelation Inc.

“I’ve had a lot of trans and nonbinary people tell me, ‘I’m going to continue in the movement because you’re visible,’” says Marquez.

Marquez says that events like Pride Month and organizations such as CU Pride create a sense of safety and inclusion.

“As a co-founder of CU Pride, my personal mission was that no person in this space should ever feel alone for being who they are,” Marquez says. “We must have this representation to provide hope.”