Prior to passing away in 2020, military veteran and long-time GCS Credit Union board member Bert Enfield asked Keith Burton to go on an Honor Flight.

Burton, president/CEO at the $425 million asset credit union in Granite City, Ill, honored that wish by flying from St. Louis to Washington, D.C., with a group of military service veterans on Nov. 1. Burton’s son, Andy, who is in the Navy, joined the group that day.

GCS Credit Union’s path toward the Greater St. Louis Honor Flight started with Enfield. The World War II veteran, who served on the USS Cumberland and was part of the Manhattan Project, went on an Honor Flight in 2016 that included credit union employees welcoming him home at St. Louis Lambert International Airport.

“It was a complete surprise for him. I think he thought he was a forgotten person being in World War II. It made such an impact on him,” says Burton. ”Every one of us was touched by seeing those veterans come off that plane—the emotions, the atmosphere, the people clapping for them, the smiles on their faces, and them getting up and saluting as they were being presented. It was a very emotional night. From that night on, it was our mission to see what we could do to help out.”

GCS found a way, setting up the Tee Up Fore Veterans Golf Tournament to raise money to sponsor an Honor Flight. The event has raised more than $180,000 over the past six years.

As the tournament grew, the credit union donated to additional organizations, starting with 2x4’s For Hope. The June 2022 tournament, which brought 30 sponsors and 124 golfers to Stonewood Golf Club in Fairview Heights, Ill., raised $25,000 for the Greater St. Louis Honor Flight and $7,961 for Got Your Six PTSD Support Dogs. 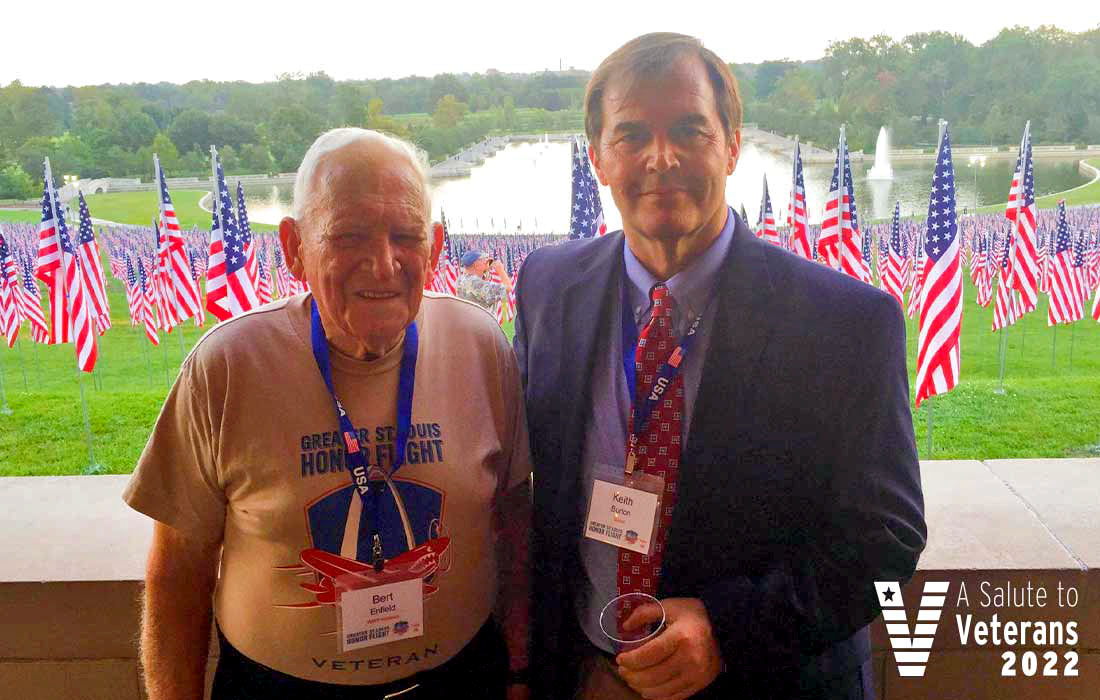 “The organization has training dogs that help young men and women that have post-traumatic stress disorder and other therapy needs,” GCS Community Relations Representative Candice Greene says. “It was awesome to share the love. They even brought a little therapy dog to the tournament, and it got to interact with the golfers.”

The Honor Flight donation made GCS part of Greater St. Louis Honor Flight’s 100th trip to Washington, D.C. The flight left early Nov. 1 and returned late that evening. Credit union staff wrote cards for the veterans to read on their flight home. Burton was on the flight, assisting veterans and visiting memorials.

“I'm very honored. The neatest thing for me is once we were talking about it, I have a son in the Navy and they said, ‘Why don't you bring your son with you?’ I can't think of anything better than sharing that with him,” says Burton. “I will never forget the feeling of walking down and viewing the monuments and the square—taking in all that history. I remember the rally, the importance of that rally, and taking everything in. It was amazing.” 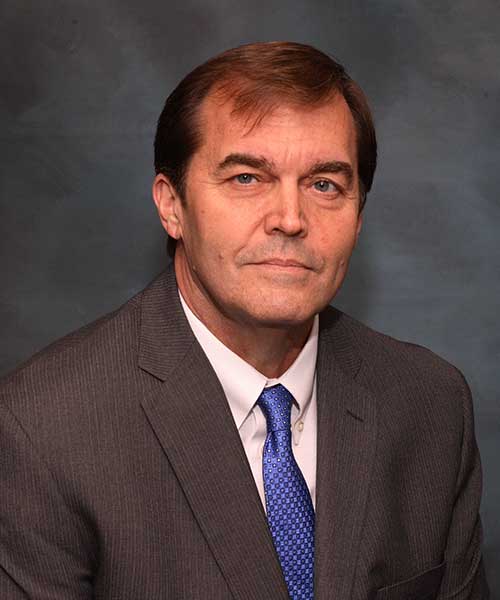 ‘I can't imagine the sacrifices that were made during these wars to protect our liberty and our freedom.’

Many GCS employees have had family members or close friends in the military. The St. Louis area, which includes Granite City, has a large military representation and history.

“We have great employees and a community that supports anything we do to raise money for the Honor Flight,” Burton says. “We all need to thank them for what they have done for the country. I can't imagine the sacrifices that were made during these wars to protect our liberty and our freedom.”

Greene, the daughter of Navy retiree Richard Harper, finds it fulfilling to give back.

“Growing up, it was amazing to hear my dad's stories about how he lived in California, traveled, and did all this for our country. So, it's nice to give back and I can keep in my heart that I'm doing it for my father and other people are doing it for their family,” says Greene. “We focus on giving back to the community. It's mainly giving back to the people who live, work, and play in our local community; spreading the credit union difference; and making a difference in someone else's life.”