Speed is the Key to Beating New Account Fraud

It takes most fraudsters about a week to wreak damages across a wide network of unsuspecting consumers.

The lifespan of a fraudster is short, but prolific. After a sharp and unexplained drop in identity thefts in 2010, fraud schemes climbed 12.6% in 2011, according to Javelin Strategy & Research.

The cost adds up: The mean cost for new-account fraud is $3,197, Javelin reports.

In addition, if someone succeeds in opening up an account, it typically takes only seven days to wreak millions of dollars of damage across a wide network of unsuspecting customers.

Yet it takes institutions 151 days, on average, to detect a fraud occurrence.

This means that by the time account holders realize they’ve been cleaned out and their financial institutions are calling their customers about irregular account activity or when credit card companies send out notification letters, fraudsters have already vanished into thin air. But they’ll most assuredly be back.

Where’s the disconnect? Why is our industry—on the whole—so slow to react?

Some credit unions simply contend that they have the strongest defense against fraud at origination, so they don’t see the need to check again after the accounts are opened.

Further, a certain amount of fraud is bound to get through because the cost of ferreting out all of it would prove prohibitive.

With so many accounts being hacked within the first seven days of a fraudster’s scheme, no financial institution or person is immune—even with the best systems in place.

The following graphs assess the fraudster process at day zero and then again at day seven. For the latter, note how the volume of fraud can grow geometrically if risk managers aren’t proactive. 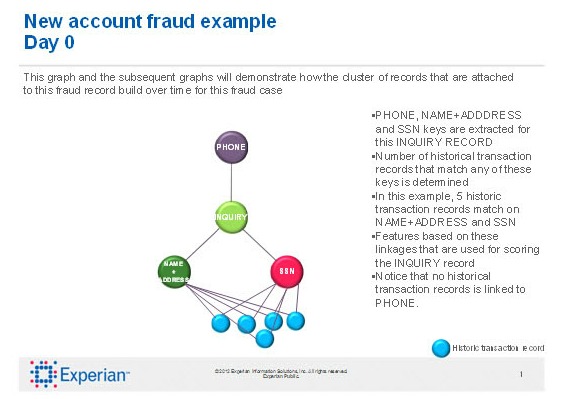 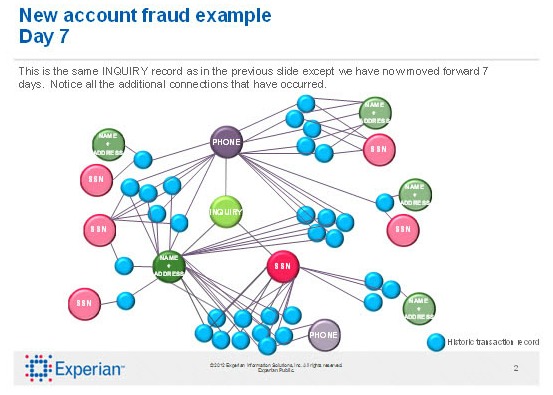 As the charts suggest, we have found that accounts that may have looked good when opened may have turned high-risk because of activity picked up by the latest technology—activity that homes in on how data is used across numerous transactions.

Experian’s Precise ID for Customer Management takes advantage of data previously unavailable to identify and prevent current account fraud during the first 30 days of an account being opened, seeing more than two million transactions per day.

By shifting strategies and monitoring newly opened accounts, we have found significant lift for fraud captures among our customers due to the use of cutting-edge technology.

1. Be aware that most fraudsters bulldoze their way through accounts and disappear within 15 days, yet it takes an average of 151 days to identify these incidents.

2. Be vigilant to warn your members about fraudsters and identity thieves.

3. Ask your members to pinpoint questionable behavior, such as new account openings without a birth date but with the same name and social security number.

4. Re-check accounts after they have been opened, which can identify suspicious activity allows for a significant lift in fraud captures.

Also, with a shocking 67% jump in data breach victims in 2011, the increase correlates directly with the rise in identity fraud victims.

This rise in identity crime comes as lenders continue to look for ways to improve their profit margins on their credit holdings.

It also underscores the need for more advanced tools to help credit unions detect and nab fraud perpetrators who steal billions of dollars—both from the institutions and their innocent members.