If your CU decides to have a social media presence, get used to a lack of control. 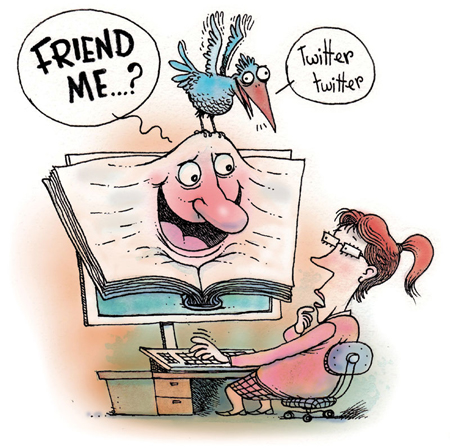 One of our executives bought Facebook stock right after its initial public offering.

He stops by my office periodically to complain about how his stock has dropped faster than a bad facelift. He recently stopped by with a question: If a company with nearly one billion users can’t make it, how can we?
He has a point. Social media marketing has been the bane of many organizations. Every day, more credit unions become disillusioned with what promised to be the new way of reaching members and nonmembers.
But there must be significant attraction to social media if 69% of U.S. adults use it on a regular basis, ac-cording to the Pew Research Center. It’s this big number that keeps marketing folks engaged.
One of the biggest challenges of social media is to prove its worth to those in the C-suite. My marketing department provided me with these seven reasons for using social media:

1. “Look at the huge number of Facebook ‘likes’ or Twitter ‘followers.’ ” Who cares if the majority of them aren’t only nonmembers, but are from a distant foreign country—like “Montana”?  (And if you find yourself coming up short, just spring some cash loose and buy them through sites like get-likes.com).

2. “It’s YOUR voice.” When competing with the likes of CNN or TMZ, you need great, engaging con-tent—just not on your budget. In fact, many CEOs will insist that social media responsibilities be delegated to the youngest new-hire because, in their words, young people are the ones who can do it “economically,” and perhaps incoherently. Even worse: Some CEOs decide to do it themselves, which results in an experience as exciting as watching a tree grow its annual ring.

3. “Why not, it’s free!” Marketing staff remind me that it’s free, just like “free checking.” And put an asterisk after it with something like: *Does not include software tools, marketing salaries, compliance costs, and free-lance design.

5. “It’s just like anything else we print.” That’s because we take all material and make sure a large committee of accountants, compliance officers, and lawyers approves it. Nothing says “friendly” or “local” like a short marketing slogan followed by a six-sentence disclaimer.

6. “Everyone else is doing it.” Unless they just quit, that is.

7. “We need to control social media, lest it control us.”

This last item is probably the biggest reason many organizations get nervous at the prospect of social media.
They fear it. The fact that someone can post something about your credit union, totally lacking context or explanation, makes marketing managers as nervous as a cat in a roomful of rocking chairs.
But, they’re wrong. Not because someone can (and will) post negative, incorrect information. Rather, it’s because they believe they can influence the posts.
We’ve all heard of organizations that delete negative or snarky Facebook entries in the name of damage control, all while lauding their own social media openness. No wonder Facebook posts can get so snarky.
In summary, here are my two golden rules of social media:

2. And, before it’s completely worthless, sell your Facebook stock!