Our goals for introducing deposit automation were twofold:

Switching to deposit automation-enabled terminals allowed us to reduce processing costs and fraud while offering members easy, no-envelope deposits, receipts with check images—and no math at the ATM.

Was this something members asked for? 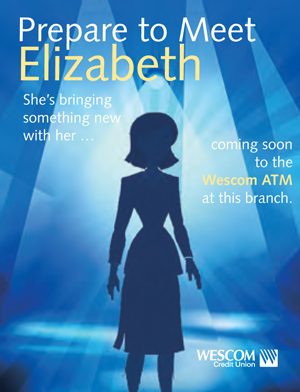 Not by name, but it was an important part of our cross-channel strategy. Wescom has always prided itself on delivering a high level of service to members. Adding deposit automation allowed us to enhance our service with teller-like ATM deposits.

We further humanized the ATM experience by adding an animated hostess, “Elizabeth,” who appears on-screen during transactions at ATMs featuring deposit automation (and has her own Twitter handle: @Liz_Wescom). We debuted Elizabeth and deposit automation at the same time, giving members a dual incentive to try the new technology.

How did you roll out deposit automation?

Wescom had two regular envelope-deposit ATMs at each of our 22 branch locations. We wanted to showcase the experience and efficiency of deposit automation, without forcing our members to adopt new behaviors. So we started by replacing one ATM at 20 separate branches.

Positioning a new deposit automation-enabled ATM next to a legacy terminal allowed us to track the adoption and success of the new ATMs. We also tied in a cross-channel element by allowing members to view their deposited check images online.

How have your members reacted?

Since installing the first 20 machines, we’ve seen rapid adoption—with a steady increase once members experienced the convenience for themselves.

Deposit volumes for the new ATMs surpassed those of the older ATMs within three months of installation. Just nine months in, the deposit automation-enabled ATM at one of our branches had deposit volumes nearly four times higher than the branch’s legacy ATM.

Our members are willing to wait for the better technology and experience, as we’ve had lines for the new machines with no one using the older terminals.

Has deposit automation been a success? 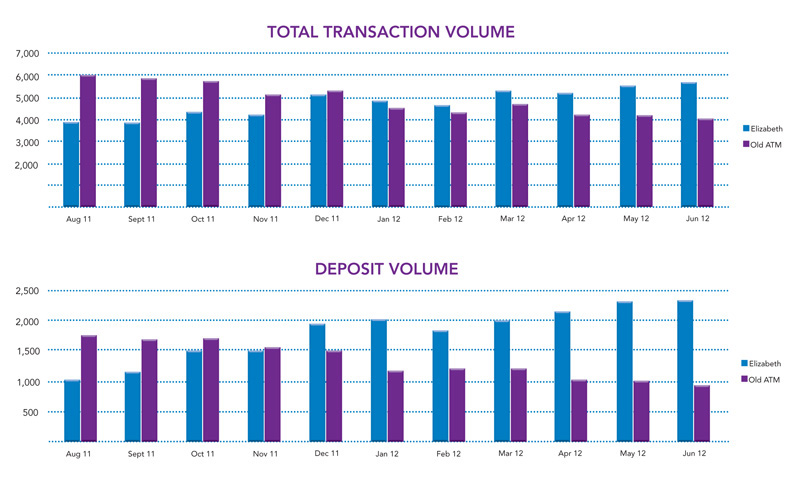 We’ve installed 20 more ATMs in the second phase of the project and have experienced other benefits as well, including a reduction in ATM courier trips, faster processing and elimination of empty-envelope fraud

How does deposit automation fit into today’s mobile world?

We see an advancement like mobile remote deposit capture as an augmentation to the self-service channel, not a replacement for automated deposits at the ATM.

Along with Wescom’s plans for enhancing our mobile banking offerings, we have plans to convert our entire fleet to deposit automation over the next year. It’s been a success, and we want to continue to build on that.