Excessive regulations sap CUs’ ability to be innovative. 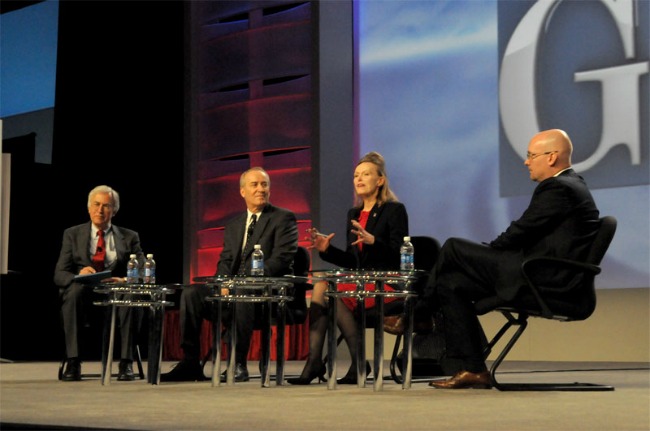 “We plan to continue our good working relationships with the agencies and continue to provide them with data to show how regulations impact credit union operations,” said Mary Dunn, CUNA’s deputy general counsel.

She said CUNA will target regulatory problem areas using data and cost-benefit analyses, and by working with the CUNA Councils and credit unions.

CUNA will make its case on Capitol Hill with testimony at congressional hearings and through conversations with lawmakers and their staff about disturbing regulatory trends, said Ryan Donovan, CUNA’s senior vice president for legislative affairs.

For instance, CUNA has pointed out that NCUA was the only financial regulator to increase its budget last year. “We hope that will result in calls of concern to the agency from Congress,”' he said.

Donovan added that while lawmakers pass laws with good intentions, the impact of their efforts often is more burdensome than they intended.

He noted that when Congress “shines a light on regulations and their impact, regulators pay attention.”

Dunn said that even though credit unions are pro-consumer, it’s a “phony argument” that won’t be adversely affected by additional regulations that government agencies deem to be pro-consumer.

She noted there always are additional costs when a new rule is issued, even if it doesn't change a credit union’s practice in a particular area.
The excessive regulatory burden has makes small credit unions “feel beat down,” said Mike Mercer, outgoing CUNA chairman and president/CEO of Georgia Credit Union Affiliates. This causes their leaders to spend most of their time simply keeping up with regulations so they survive their next exam, sapping their ability to be innovative.

Plus, regulators’ increasing tendency to issue one-size-fits-all rules has resulted in the “homogenization and commoditization of consumer financial services,” Mercer added, “which makes it harder for credit unions to differentiate themselves.”