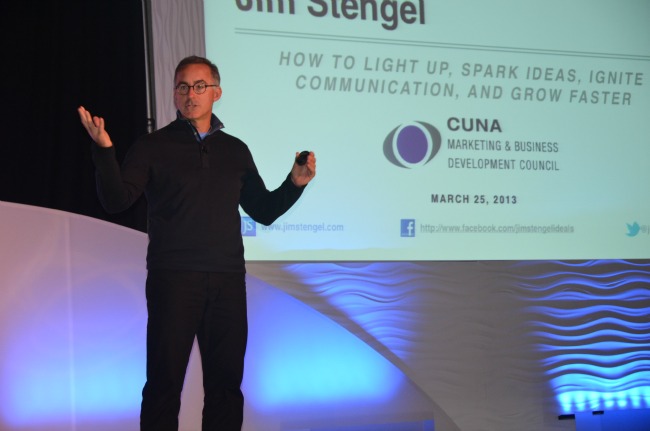 Great brands and businesses aspire to change peoples’ lives—and they benefit financially by doing so.

The former global marketing officer for Procter & Gamble (P&G) confirmed this premise when writing the book that would become the best-selling “Grow: How Ideals Power Growth and Profit at the World’s Greatest Companies.”

Stengel recalled working on the troubled Pampers line of diapers which, during the ‘90s, was the company’s “biggest problem,” he says, due to poor branding.

“All we measured or advertised was dryness, and we were losing badly,” he says. “What we stood for was important, but not good enough.”

When a team of P&G employees approached Stengel about changing the brand’s focus to one of an advocate for babies, Stengel approached senior management—some of whom promptly pooh-poohed the idea.

“That was a radical thought at the time,” he says, recalling how he was “kicked out of the room” when he suggested the idea. “The initial response was, ‘how do we measure that?’”

The idea eventually won out, and Pampers has grown into an $11 billion a year enterprise due to its rebranding efforts. These include efforts such as partnering with the relief agency UNICEF to provide tetanus shots to babies in developing countries.

This, Stengel says, illustrates how “brands with higher ideals tap into rich areas of our brains, leading to preference and higher sales. Great businesses and brands seek to improve peoples’ lives.”

This is a lesson with particular relevance to credit unions, whose mission is to help members. “The financial industry is extremely damaged,” Stengel says. “Not a day goes by without a bad report. Credit unions can benefit from that. You create stories people remember.”

“The best brands are built on ideals,” Stengel says. “Discover—or rediscover—your ideals, and build your culture around them. We need to touch the brain and the heart.”