House and Senate have made broad-based tax reform a major priority. 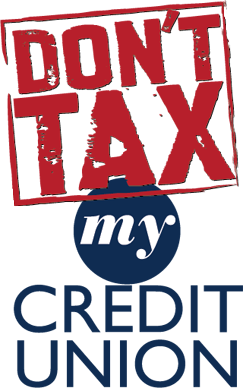 The campaign is being launched at a time when the U.S. House and Senate have made broad-based tax reform a major priority. The initiative will urge lawmakers as part of any final tax reform plan to preserve the federal tax exemption credit unions receive as not-for-profit, member-owned cooperatives.

“Policy is being formulated on Capitol Hill now, so we must act now. We can’t wait,” said CUNA President/CEO Bill Cheney. “It’s rare that credit unions call upon their 96 million members to take action, but our members will be the best spokespeople we have, especially on an issue as vital to our future as this.”

The campaign will emphasize that any tax on credit unions is really a tax on its members since credit unions are cooperatively-owned by the people they serve. If credit unions were taxed, their benefits to members and communities will be lost, and a consumer-friendly option in the financial marketplace will vanish.

The nationwide action alert urges nearly 7,000 state and federally chartered credit unions to support this campaign by engaging their consumer-members on this issue and directing them to a range of new resources.

“We have to take action on a large scale,” said Cheney. “This is about more than just the banking sector wanting to see us taxed. We’re vying with some 400 other organizations and industries that see their own tax status threatened. There will be a great deal of noise on Capitol Hill. We’ve got to be sure our voice is clearly heard.”

The “Don’t Tax My Credit Union” campaign will utilize direct communication from credit unions to their members and supporters as well as web-based and social media channels in order to convey a powerful and sustained message to Congress. Elements include:

“Our research shows that informed members are ready to stand with us in this battle,” Cheney said. “We have a great opportunity to unite for the good of our members. If Congress taxes credit unions, they’ll take away the best financial option from America’s consumers. We won’t allow that to happen.”

Click here for more information about the “Don’t Tax My Credit Union” campaign.