Morrow Honored as 2013 CU Hero of the Year 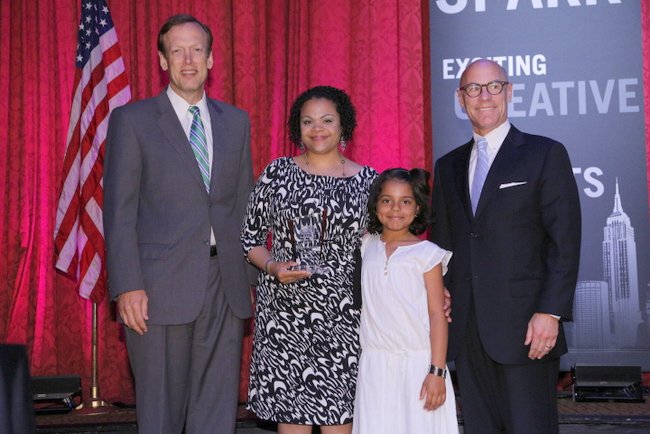 He passed away Feb. 15, 2012, at the age of 34. His wife, Christina Fernandez-Morrow, and daughter, Ariana, accepted the award on his behalf.

“Warren was one of our strongest credit union advocates,” Jury said. “He believed that extending credit union services to the underserved Hispanic community wasn’t philanthropy, and he reminded us that credit unions can do well by doing good.”

Warren’s family moved from Mexico City to Tucson when he was in grade school. While in college, Warren helped form a nonprofit called the Latino Leadership Project, Jury explained. Its mission was to help underprivileged, young Hispanics attend college.

Through his work, Warren realized the base cause he was trying to address was financial instability in the Latino home. In 2011, Warren told the Des Moines Register, “I came to realize the disparity in education was a symptom of a larger problem. The root issues are the disparities in access to assets [and] wealth, and economic stability in the household.”

“Warren would have been the first to acknowledge these finalists and what they did for credit unions,” Jury said.