Being an underdog isn’t such a bad thing after all. 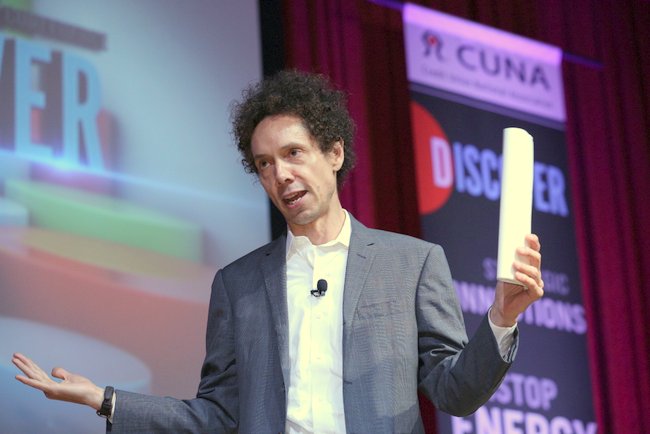 Being an underdog isn’t such a bad thing after all.
In fact, much of what people consider to be weaknesses turn out to be strengths, best-selling author Malcolm Gladwell told America’s Credit Union Conference Monday morning.
“A lot of our intuition is wrong about what an advantage is and what a disadvantage is,” Gladwell said. “Bigger isn’t always better and being powerful in a marketplace doesn’t ensure future success.”
That’s because large leading companies often innovate less, they’re less nimble, and they’re further from their customers, he said.
Conversely, underdogs often resort to unconventional methods, hard work, and sheer determination to compete with their larger rivals.
That’s good news for credit unions, which are decided underdogs compared with their banking rivals in terms of resources.
Gladwell cited legendary college basketball coach Rick Pitino as a prime example. Pitino is one of the few coaches to use a full-press approach to the game, whereby players contest every inbound pass.
Despite his success, including an unlikely Final Four appearance with Providence College, few coaches mirror his approach. Why?
“They don’t do this because it’s hard,” Gladwell said. “Playing conventionally is easy. What’s different, rare, and scarce is effort, not resources.
“When you look at innovators who make lasting contributions,” he continued, “you see the same traits again and again: They’re creative, conscientious, and disagreeable because they feel that they’re right.”
Admitting he’s the only member of his family to not belong to a credit union, Gladwell urged credit unions to spread the word about how they differ from other financial institutions and the benefits those differences provide.
“As humans we see disadvantages that are actually advantages. Sometimes our basic assumptions lead us astray. We need to bring to people's attention that bigger isn’t necessarily better and small can be a strength. We work harder as a result.
“That’s a powerful idea.”